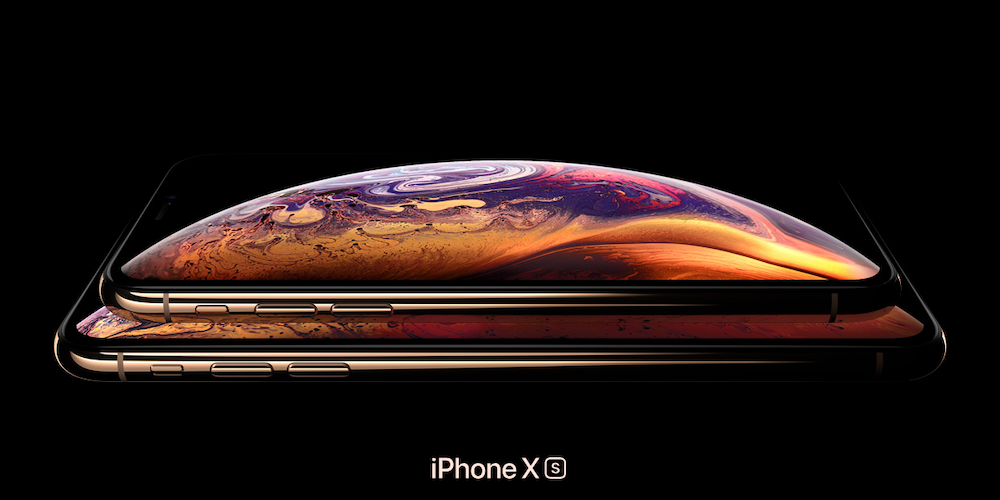 Last year was one of the most revolutionary years ever for the iPhone. With the iPhone X, Apple ushered in a new era of design and ushered out what were once trademark features of the iPhone. Apple traded Touch ID for Face ID, it transitioned from the Home button to a complete gesture system. An OLED display replaced the iconic top and bottom bezels.

For me, the transition to the iPhone X was nothing short of a success. As I detailed last year here at 9to5Mac, I was wildly impressed with the iPhone X from the get-go. The one qualm I had was its size; as a long-time ‘Plus’ model user, the iPhone X was a bit of a downgrade in terms of screen size, even though it technically touted a larger 5.8-inch display.

This year, Apple has expanded the iPhone X design into a new form-factor: the 6.5-inch iPhone XS Max. Read on for my initial 1 week iPhone XS Max impressions.

Just a few weeks ago, I wrote that while this year is an ’S’ year for the iPhone in general, the iPhone XS Max is far more than that. It introduces a brand new, larger form factor to the iPhone X design, and it does so while actually making it smaller than previous ‘Plus’ size iPhones.

One thing that I was worried about was the transitional period from the 5.8-inch display to the 6.5-inch display. After just a week, however, I’ve adjusted perfectly. The biggest issue I had was getting a feeling for the keyboard size, but other than that it was a rather seamless adjustment.

As for one-handed use, it’s certainly possible if your hands are bigger than average, but for most people, two-handed use is going to the primary method of input here. Accessing Control Center and Notification Center isn’t the easiest thing to do, but that’s a worthy tradeoff of the added screen real estate in my opinion. Further, I didn’t find one-handed use much better on the iPhone X, either.

One thing I’ve found with the iPhone XS Max, however, is that the larger size makes going case-less a bit harder. I’m the type of person who regularly switches from a case to no case on a weekly basis, but this time around I see myself being much more reliant on a case. I think it might be because the iPhone XS Max certainly feels top-heavy, but it’s just a bit awkward to use without a case.

With that larger display, however, comes the need for developers to optimize their applications to take full advantage. While there’s no letter-boxing of any sort like we saw last year with the transition to the initial iPhone 8, many applications don’t use the 6.5-inch display to offer more information. Instead, the same interface from the iPhone X is simply scaled up.

This will change as time progresses and as more developers update their applications with the iPhone XS Max in mind, but for now it’s a minor annoyance. As you can see in the image above, neither Facebook nor Instagram scale properly on the iPhone XS Max display, whereas the Apple News app does.

With the larger display, there’s a lot of potential for more information-dense designs, and hopefully that’s a trend we see.

For more sample images from the iPhone XS, I highly encourage you to take a look at the coverage below:

There’s been a lot of discussion surrounding the battery life on the iPhone XS Max. While Apple says the device should get roughly 90 minutes longer life than the iPhone X, early tests have shown that’s not necessarily the case.

Apple is at a crossroads with iPhone battery life. In many instances, it’s not incredibly useful to have a device that can last more than one day, but not two days. Being able to go two full days without charging your iPhone would be a wonderful feeling, but we’re just not there yet.

And that’s probably why Apple doesn’t spend too much time talking about battery life. Unless their iPhone can go two full days on a single charge without worry, many users are going to charge every night, even if they could theoretically stretch it through a day and a half.

Ultimately, I really would like to see Apple double down iPhone battery life, but for now, we’ll have to settle with charging every night.

One more thing here – it’s time for Apple to ditch the 5W charger. Every other flagship smartphone includes a USB-C fast charger. It’s not a good look for Apple to ship a 5W USB-A charger with a $1000+ phone. That’s all.

On stage at its September event, Apple touted that Face ID would be faster on the iPhone XS than it was on the iPhone X. After a week with the iPhone XS Max, I haven’t noticed any speed improvements – but that’s due to the fact that my iPhone X had spent almost a year learning my face, so now the iPhone XS has to do the same thing.

One thing I still do, though, is keep the “Require Attention” setting disabled for Face ID. I know this compromises the security to a certain degree, but the added flexibility is worth it, I think.

I kind of wish I would have gone gold…

I’ve always chosen space gray (or that year’s equivalent) as my iPhone color, and this year is no different. This time, though, I have to admit I’m having a bit of gold envy. I was hesitant to pre-order the color not having seen it in person, but now that I’ve seen it in the flesh at the Apple store, it is a very nice color.

It’s easier than ever to upgrade every year

One thing Apple is doing an excellent job of is making it easier and easier to upgrade to a new iPhone every year. With its own iPhone Upgrade Program, and carriers offering their own smartphone ‘leasing’ options, there are sometimes more incentives to upgrade than there are to not.

Personally, this is my first year on the iPhone Upgrade Program after previously using AT&T Next. The inclusion of AppleCare+, and the ease of upgrading through the Apple Store app and receiving a trade-in kit every year makes it almost a no-brainer for people who know they’re going to upgrade each year.

Further, the process of setting up a new iPhone continues to get drastically easier. This year, I was able to restore my iPhone XS Max from my iPhone X backup and instantly re-pair my Apple Watch in under 10 minutes. It used to be that this process was so cumbersome I’d almost always set up my iPhone as new every year.

As iPhone growth slows, Apple is doing everything it can to make it easier to upgrade every year. And it’s doing a darn good job at it.

When it comes right down to it, the iPhone XS Max is nearly the perfect phone for me. I wrote last year that the iPhone X was nearly perfect, but that I missed the larger screen of a ‘Plus’ phone.

What do you think of iPhone XS and iPhone XS Max? Let us know your first-week experiences down in the comments!