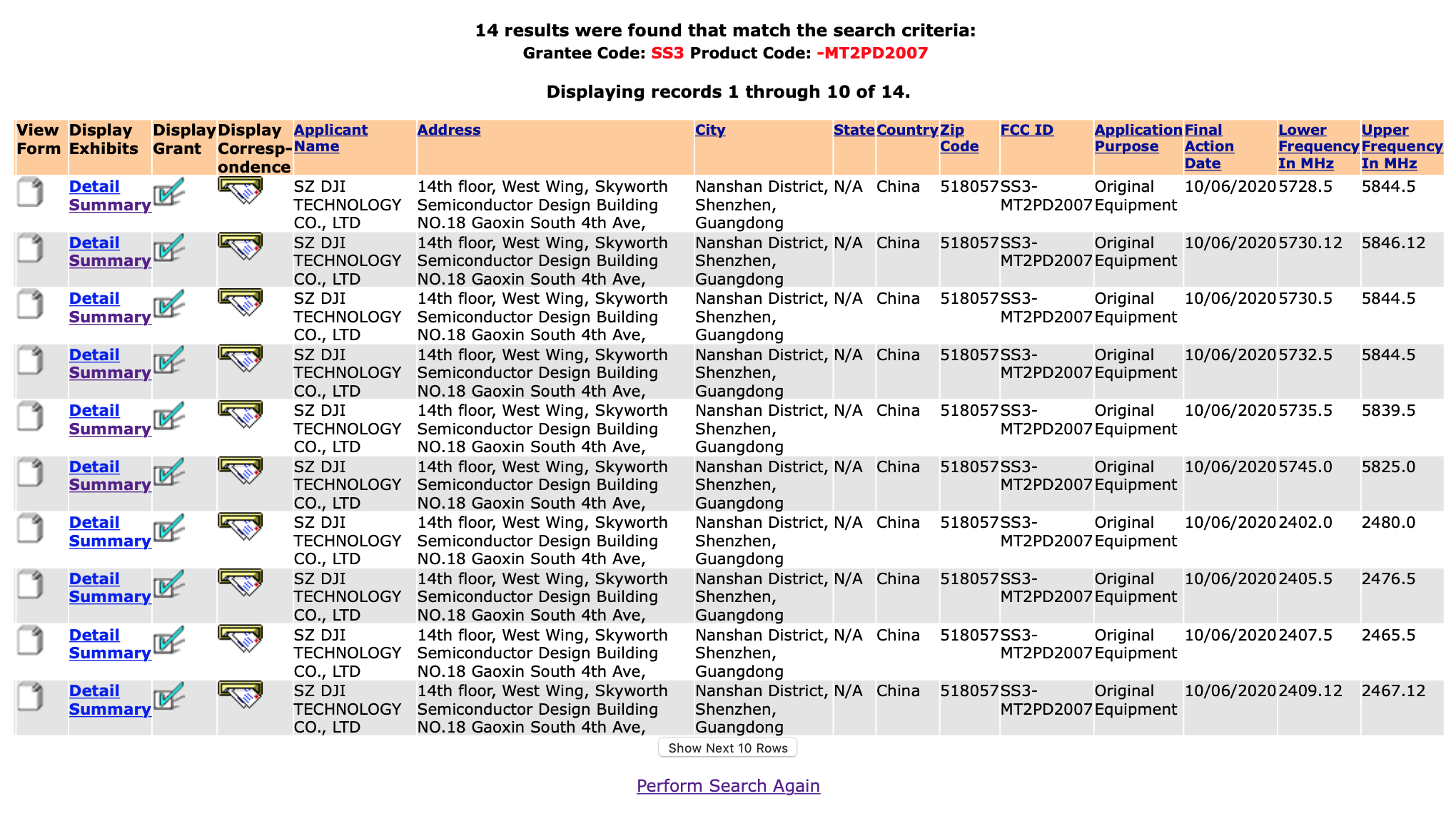 There’s a lot of speculation today that DJI may be gearing up for a Mavic Mini 2. There’s a relevant patent, and some other pretty convincing evidence to back up the theory — even an official but blurry look at the new drone.

What a day on the DJI speculation front. First, there was a leak of a new image purportedly showing a DJI First-Person-View (FPV) drone. Then, DJI leaker and Twitter user @OsitaLV reminded us about earlier patent filings that supported an FPV model. No sooner had the dust settled from that when another Tweet went up, and it contains some indications that a new Mavic Mini may be en route.

Mavic Mini 2: When and how much?

But we do know a couple of things for certain. And they definitely appear to point to a DJI Mavic 2 somewhere in the wings.

First, let’s take a look at our trusted Tweeter, @OsitaLV. Here’s the latest:

The post contained a look at the FCC label that goes inside electronic products. It includes an FCC ID, so we went to the FCC site and looked it up. And yes, oh yes, it came back with results:

You can see in that image above frequency bandwidths on the right-hand side. The tell-tale 2.4 and 5.8 MHz frequencies are there, as one would expect. And when you start clicking on these “Detail Summary” links? You get letters like this, filed last month by DJI.

There was also a patent in India, noted @OsitaLV. It indicated a slightly more powerful battery for what we are pretty convinced is a Mavic Mini 2.

The Mavic Mini is already mighty. It does what it does exceedingly well. Could it be better? Yes, it would be nice to bump that camera from 2.7K to 4K on the video side. And a little nudge in the size of still image files would be great as well. Flight time? Well, the machine already has an impressive 30 minutes. Perhaps the extra 50mAh in the new battery will bump that, but probably by only a minute or so, pending weight.

And on that front? We expect the Mavic Mini 2 will weigh in at exactly the same weight: 249 grams. That weight has both regulatory advantages and is now well and truly part of the Mavic Mini brand.