Walter Isaacson, the biographer of Steve Jobs, went on record this week to express his belief that Google and Amazon have overtaken Apple to become the most innovative technology companies of the modern day.

The Aspen Institute CEO and writer of the best-selling biography made the frank remarks in an interview on CNBC‘s “Squawk Alley” show, during which he singled out Apple’s lack of movement in the virtual assistant space as an example of where the company had been left behind. 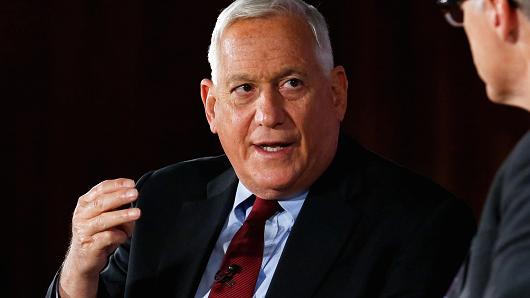 “Apple is no longer the most innovative of companies,” Isaacson said. “But they are good at execution. The innovation in the virtual assistant space, for example, is coming from Google and Amazon, not Apple.”

Isaacson said he was “surprised” that Apple hasn’t moved its virtual assistant Siri into the home and claimed that he frequently used both Amazon’s Echo speaker and Google Home. “Sometimes I let them compete,” he said.

Apple is expected to release a smart speaker with Siri integration soon, possibly as early as next month at WWDC. However, Isaacson thinks it could be too late for the company to catch up in that space, and suggested Apple should at other areas in which to innovate.