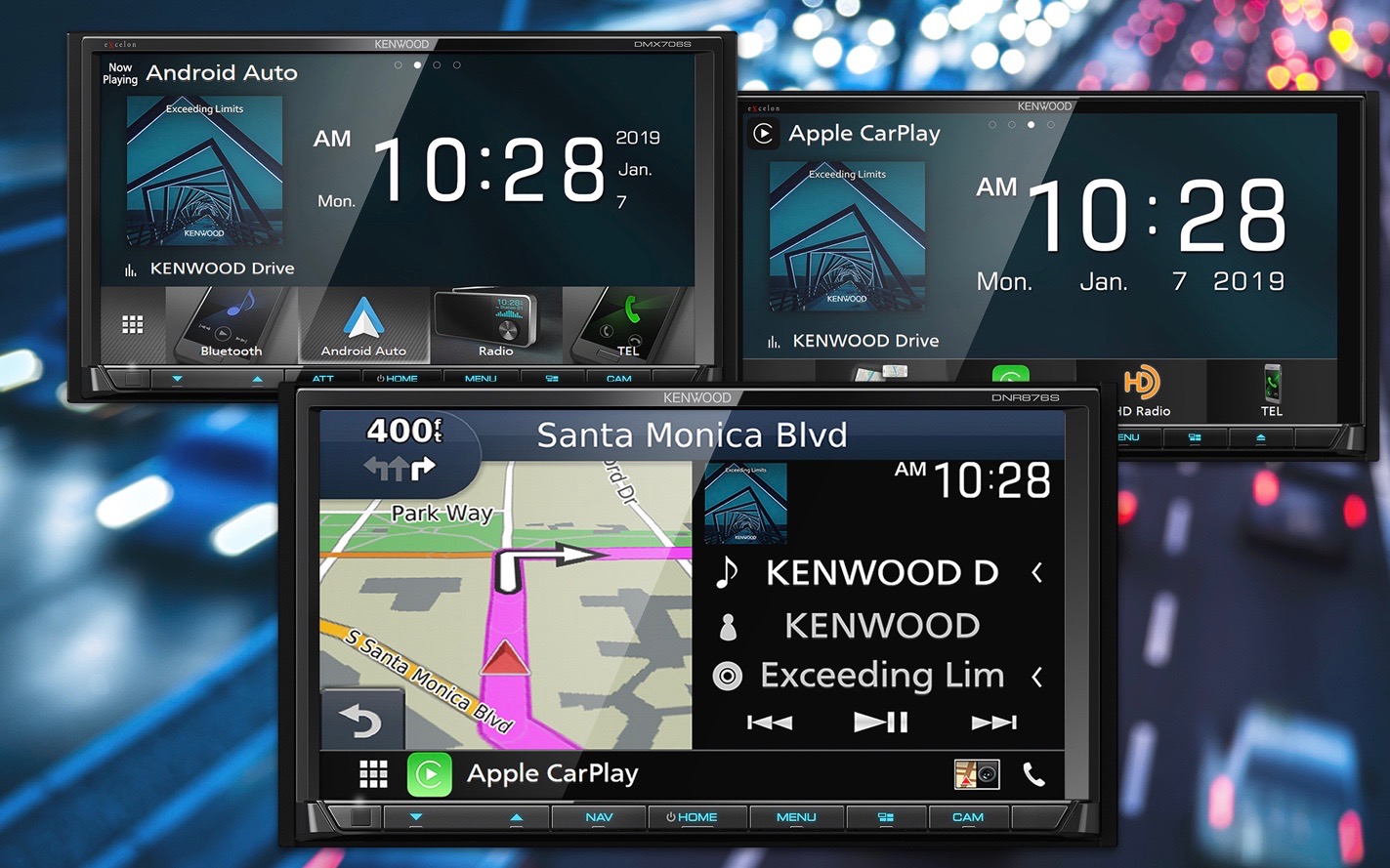 While CarPlay is more common than ever in new cars, aftermarket solutions are still an economical option for many. Kenwood has announced today that it is expanding its receiver lineup with seven new CarPlay head units, including five that support wireless CarPlay.


In a press release, Kenwood announced that it will ship a total of seven new head units with 6.95-inch displays. All seven of the models feature an adjustable screen angle design, Bluetooth, CarPlay, Android Auto, and SiriusXM.

Two of the new Kenwood receivers feature wired CarPlay support and are designed specifically to fit traditional and off-road vehicles. These receivers do not feature CD players, which gives them a smaller chassis design:

The next tier of Kenwood CarPlay receivers starts at $799.95 and includes wireless CarPlay support. Bump that price up to $899.95 and you get a CD/DVD player while the $1399.95 option ads HD Radio and onboard Garmin navigation.

If you’re looking for an option with a capacitive touch screen, two of Kenwood’s new CarPlay receivers fit that bill. The new eXcelon multimedia receivers feature capacitive displays as well as wireless CarPlay support. The eXcelon DMX906S comes in at $849.95, while the eXcelon DDX8906S is $949.95 and includes CD/DVD playback support.

Kenwood says that it will provide more information on availability later this year. Read the full press release below. Kenwood CarPlay receivers start at $399 on Amazon.

LONG BEACH, CALIF., May 14, 2019 (MEDIAWIRE) – KENWOOD USA announced it is set to ship seven of its highly anticipated new multimedia receivers, all equipped with a 6.95-inch touch panel, introduced during the 2019 CES. All models feature wired compatibility with iPhone® and Android-powered smartphones through onboard Android Auto™ and Apple® CarPlay™, and five of the seven add wireless compatibility for both smartphone platforms. The announcement signals a conclusion to the product delay caused by the well-documented industrywide shortage of seven-inch panels, and enables KENWOOD and KENWOOD eXcelon retailers to stock up in time for summer selling season.

“We are extremely pleased to ship these multimedia receivers ahead of schedule,” said Scott Caswell, senior marketing manager for KENWOOD USA. “These seven models represent the entire gamut of consumer choice, from low-profile mech-less to full-featured onboard navigation. We are eager to get them on the shelves of our retailers so they can meet the heavy summer autosound demand.”

The other three new models in the KENWOOD line add functionality with wireless compatibility with Android Auto and Apple CarPlay, connectivity and control over the KENWOOD DashCam, 3 camera inputs, the ability to “mirror” the screen of an Android-powered smartphone on the receiver’s screen, customizable screen widgets, and a second USB port. Each model fits driver tastes with its own unique feature: The DDX8706S ($899.95) includes a CD / DVD player and the DMX9706 ($799.95) adds HD Radio® and bolsters amplification with gold-plated 5.0-volt pre-outs. The DNR876S ($1399.95) also includes HD Radio and directs the driver with onboard Garmin® navigation.

The two full-size KENWOOD eXcelon multimedia receivers have enhanced screen quality with a capacitive touch panel, as well as providing all the features from the other models, excluding navigation. The eXcelon DMX906S ($849.95) sports a mechless design while its counterpart, the eXcelon DDX8906S ($949.95), includes CD and DVD playback. KENWOOD USA reps will provide exact dates as the models ship. All will be on display at the upcoming KnowledgeFest trade show and education conference, August 9-11 at the Dallas Convention Center. For more information on select models and features, visit www.kenwood.com/usa/car.