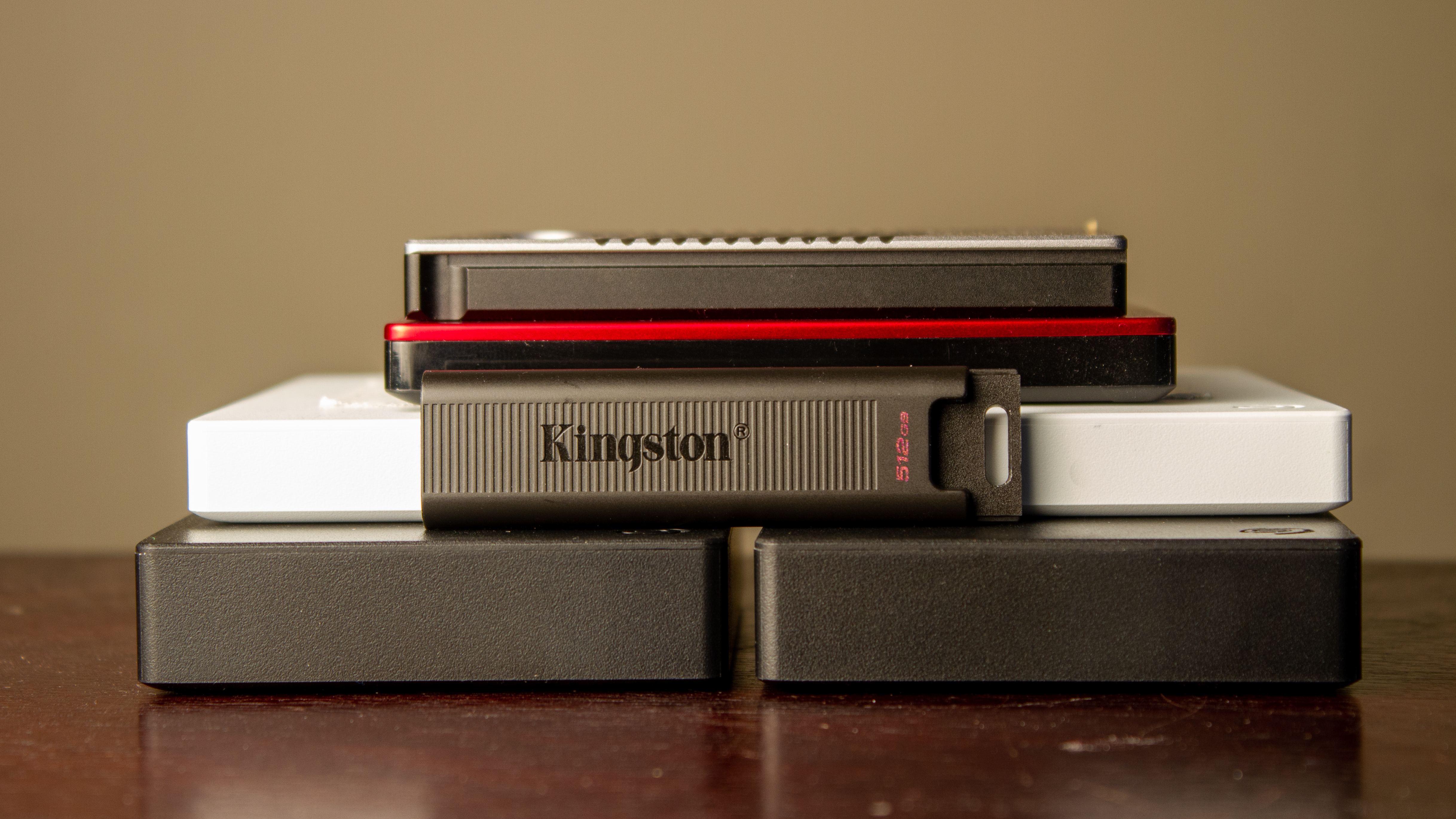 Storage devices are getting smaller and higher-capacity each year, and nothing demonstrates that more than Kingston’s DataTraveler Max line of USB-C flash drives. The drives are available in 256GB, 512GB, and 1TB capacities, with impressively fast speeds to match, rated at 1,000MB/s read speeds and 900MB/s write speeds. These drives certainly have what it takes on paper, but what about in the real world?

While there may be other real 1TB flash drives, Amazon is also littered with fake “1TB” flash drives in the $20-$30 region. Unsurprisingly, these are actually lower-capacity drives (often 16GB) that list a fake capacity on the listing and to your computer. If actually used, the drives will quickly lose files and data.

Even other real 1TB flash drives are significantly slower (not to mention the USB-A standard, requiring additional dongles to work with my MacBook Pro).

The need for fast, portable storage

As a photographer and videographer over on Space Explored, I use up storage very quickly. I use a custom NAS at home, but have always struggled to find a good temporary storage solution for photos and videos while traveling for launches. Spinning disk portable hard drives are bulky, fragile, and slow. Shooting raw video requires extremely fast drives, meaning even Samsung’s T5 portable SSD was too slow with just 540MB/s, so I would need to step up to the T7 model for fast-enough speeds.

It’s common for the advertised speed of hard drives and SSDs to differ from actual real-world speeds, due to a number of factors, so I ran the Black Magic Disk Speed test and AmorphousDiskMark. The “Sequential” data from Black Magic Disk Speed Test and the first two rows of AmorphousDiskMark are most relevant to me, as they represent moving around or reading large files. While neither quite reached the quoted 1,000MB/s read and 900MB/s write speed, the drive managed to surpass the read and write speeds that I need for video editing.

With how large this drive is, it’s important to reiterate the importance of proper data-storage practices. Having a full terabyte of storage available in a flash drive could quickly lull people into a false sense of security. While this is, no doubt, a reliable drive, any storage device will fail given enough time or usage. If the data you store on this DataTraveler Max is critical, you should always have a copy (or better yet, multiple copies, including online backups).

This drive has performed flawlessly for me, providing a quick place to copy data from my SD cards and SSDs following a launch. Its impressively small form factor makes it easy to toss in my pocket or camera bag to always have on the ready. I don’t have to worry about running out of storage while shooting, or how long it will take to make backups.

There is just one slight issue with the drive, and that is its width. The plastic casing is just wide enough that it makes it impossible to plug in a cable next to it on the same side of my MacBook. This isn’t an issue for me most of the time, but if you regularly have three or more of your Mac’s USB-C ports occupied, or you have the M1 MacBook Air with only two ports, it’s certainly worth keeping in mind.

The DataTraveler Max comes in 256GB, 512GB, and 1TB capacities with an MSRP of $91, $153, and $262, respectively. I found the prices to be a bit steep, but the official Kingston Amazon store has them listed for well below MSRP, with the 1TB model going for a much more reasonable $179.99. Despite the cost, there really is nothing comparable. You can either match the capacity and form factor, with something like a Sandisk Extreme PRO USB drive, or you can match the capacity and speed, with something like the Samsung T7 SSD. The Kingston DataTraveler Max combines the speed, size, and capacity into what is a near-perfect flash drive.

The biggest problem with purchasing a DataTraveler Max is that they are really hard to find. Kingston’s store seems to have sold out of 256GB models, while the 512GB and 1TB models won’t ship until the end of October. If you are looking for a high-capacity, on-the-go storage device, I would make the jump, because I certainly see these drives becoming popular.