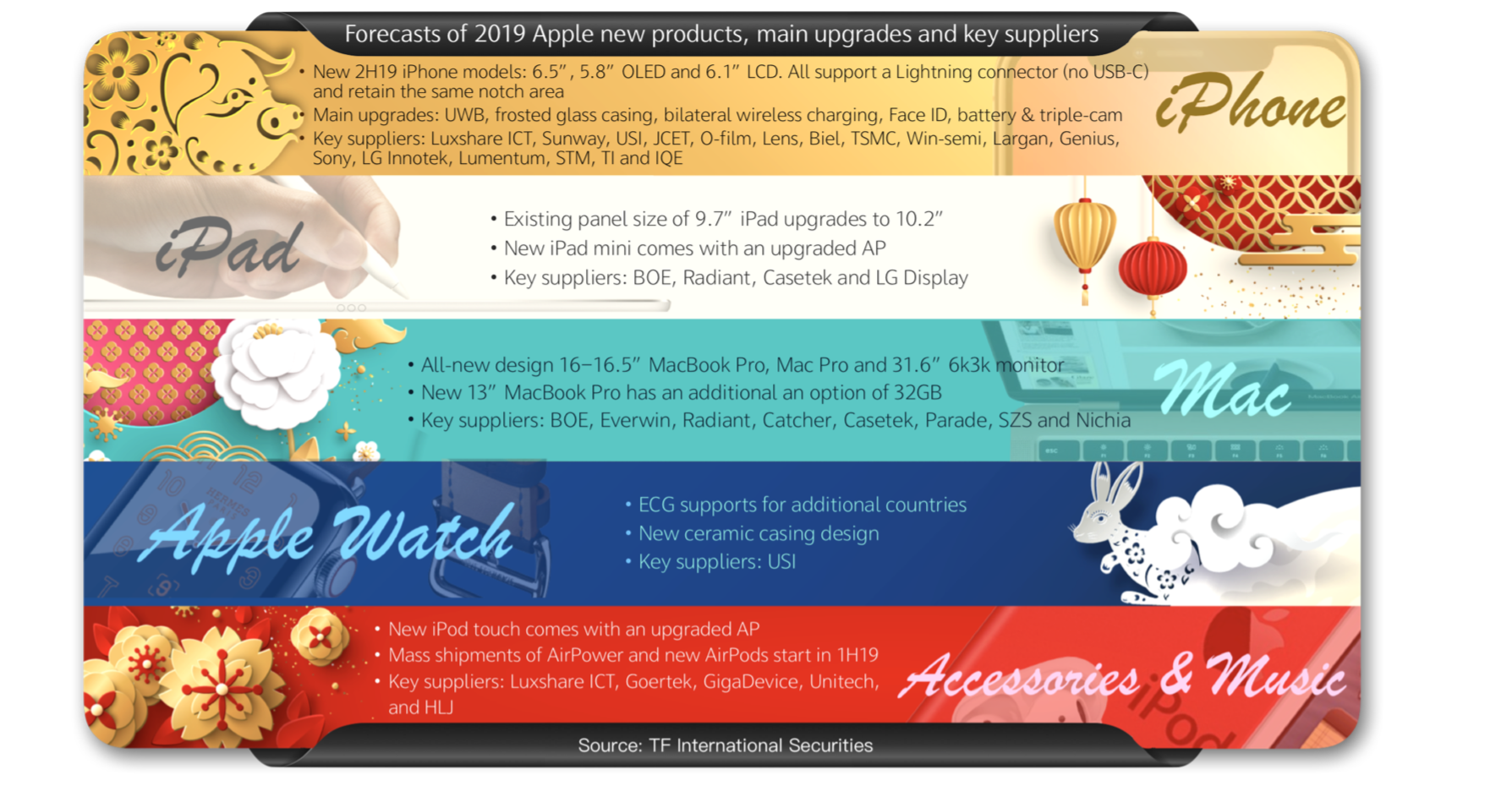 Reliable Apple analyst Ming-Chi Kuo is out with a wide-reaching new investor note this evening. Kuo says that Apple will release new iPads, a new 16-inch MacBook Pro, a 31-inch 6K monitor, iPhones with bilateral charging, and more in 2019.

First and foremost, Kuo says that the 2019 iPhone models will retain the same screen sizes as the iPhone XS and iPhone XR. This means we’ll get 6.5-inch, 5.8-inch, and 6.1-inch iPhones. Kuo says that all three will retain Lightning connectivity instead of USB-C.

According to Kuo, the 2019 iPhones will feature ultra-wide band connectivity for indoor positioning and navigation, frosted glass casing, bilateral wireless charging for charging other devices, upgraded Face ID with a higher power flood illuminator, larger batteries, and a triple camera design. Kuo doesn’t explicitly say which model will get what features, but past reports have suggested only the iPhone 11 Max will add three camera.

As for the iPad lineup, Kuo says Apple will release two new iPad Pro models this year with upgraded processors. The current 9.7-inch iPad will increase in size to 10.2-inches, suggesting a reduction in bezel sizes. Further, Kuo corroborates reports of a new iPad mini and says it will feature an upgraded processor.

Perhaps most notable are Kuo’s claims about the Mac lineup. According to the analyst, Apple will release a new MacBook Pro between 16-inches and 16.5-inches with an all-new design. Further, Kuo says Apple will return to the display market with a 31.6-inch 6k3k monitor. This display is said to feature a Mini LED-like backlight design, giving it “outstanding picture quality.”

Lastly, Kuo says AirPods 2 will support wireless charging and upgraded Bluetooth connectivity. He says AirPower will ship during the first half of 2019, while there will also be a new iPad touch with an upgrade processor.

It certainly looks like Apple has a busy 2019 ahead. It’s unclear when we might see these products, but it wouldn’t be surprising for the first announcements to come in March.