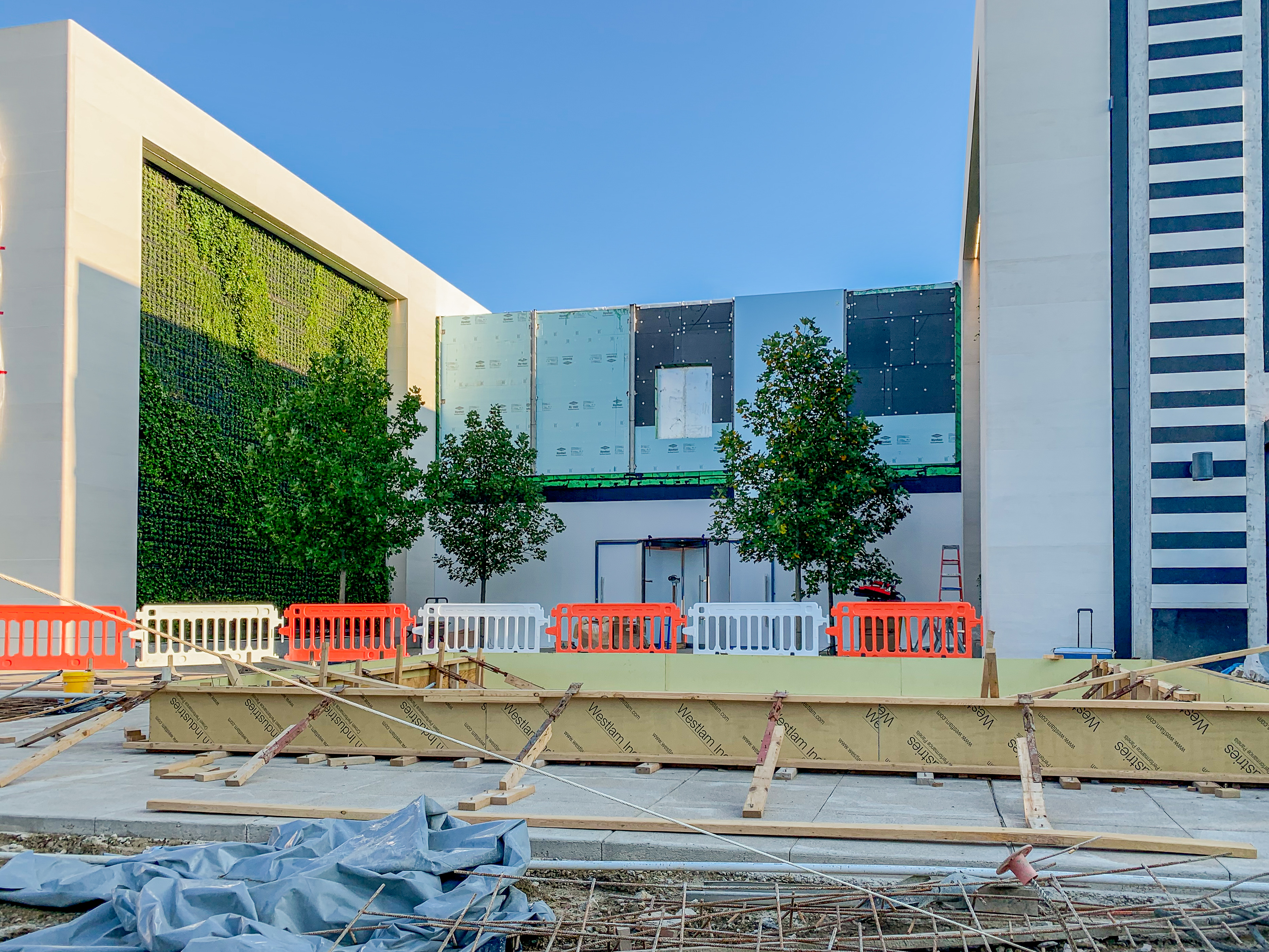 One of Kentucky’s two Apple Stores is about to receive a significant upgrade. In Louisville, Apple Oxmoor is relocating to a larger space in Oxmoor Center with an outdoor entrance and a brand-new plaza.

Apple Oxmoor will welcome customers in its new home on Saturday, September 14, according to WDRB. The report notes that the current store will remain open until the evening of September 13. Apple’s new space is expected to be more than twice the size of the outgoing store. We first learned that upgrades were on the way for Louisville in February.

Outside, Apple has replaced an Old Navy facade between BJ’s Restaurant and Brewhouse and Sephora to create an inviting new entryway. A plaza has been carved into the mall, wrapped on two sides by towering green walls. Trees, benches, and planters dot the approach to the store. Above the doors, mirrored panels reflect the sky and foliage to soften the building’s presence. These elements have been used individually in previous Apple Store designs, but the overall aesthetic is new for Louisville.

On the inside of Oxmoor Center, a second entry to the store with black-framed pivot doors will open just a few spaces down from Apple’s classic location. The outgoing store hasn’t been significantly remodeled since opening just over 12 years ago in September 2007.

Apple Oxmoor is just one of several stores around the U.S. set to expand before the end of the month. Last Friday, Apple Altamonte in Altamonte Springs, Florida, completed an eight-month renovation.