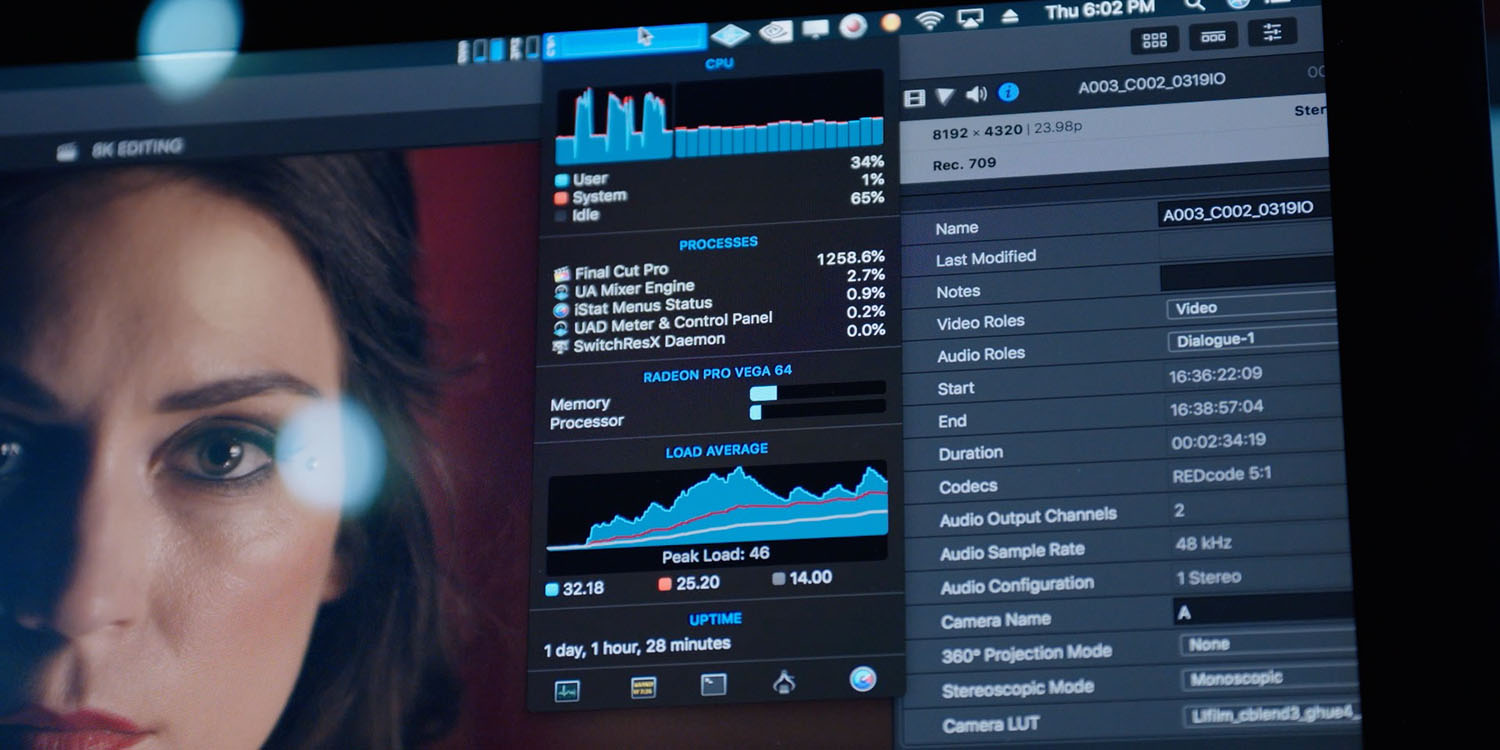 Some big Hollywood names have welcomed Apple’s launch of the first M1 Macs, one stating that it’s the best news from Apple in a decade, another that the Mac mini could be huge for editors.

Michael Cioni, senior vp innovation at tech developer Frame.io, points out that after the “trashcan” Mac Pro debuted in 2013, Apple received strong criticism in the media and entertainment community for “abandoning” creative professionals; this was followed by a redesigned Mac Pro in 2019, aimed at professionals.

Cioni believes today’s announcement signals that the computer maker is “continuing its commitment to meet needs of today’s creative professionals.” Noting that Apple included this part of its customer base in today’s announcement, he adds that “that’s a positive narrative for creative professionals we haven’t received from Apple in nearly a decade.”

Cioni, who was featured in the Final Cut Pro X documentary Off The Tracks, says Apple appears to recognize that today’s movie makers have many high-end apps open simultaneously as they take a more multi-tasking oriented approach to the work.

Having Resolve, Final Cut, Frame.io, Adobe and Nuke open at the same time is certainly the way I work and [with the M1, Apple claims it could] dramatically improve that experience.

Veteran editor Harry B. Miller III says the new Mac minis in particular “could be huge” for the editing community. “Most of the editing industry is either on old cheese-grater or trashcan Macs. It seems to me the Mac mini with this new chip could easily and fairly cheaply replace all those old units,” he says. “Fox Studios, for example, had been refurbishing cheese-graters to keep them up to date with CPU’s and memory for more complex workflows. It would now be cheaper to replace them with the new Mini.”

Miller says he plans to buy one. “I’ve used a Mini for the past 18 months for Avid [Media Composer] and [Adobe] Premiere Pro work on all my projects,” he notes. “Because of the pandemic, I know there have been a lot of equipment investments into iMacs for remote work. I could see the Mini’s replacing them as well.”

Elaborating on the new Mac’s potential, Miller explains that the two primary “pain points” for editors are rendering effects in a timeline, and then compressing and outputting the video for client review. “They are computer-processing-intensive actions. We have to see if this new M1 chip speeds that up. It should.”

The idea that M1-powered Macs could out-perform much higher-end Intel-powered ones is supported by early benchmark tests, which showed the new MacBook Air delivering similar performance to the entry-level 2019 Mac Pro.