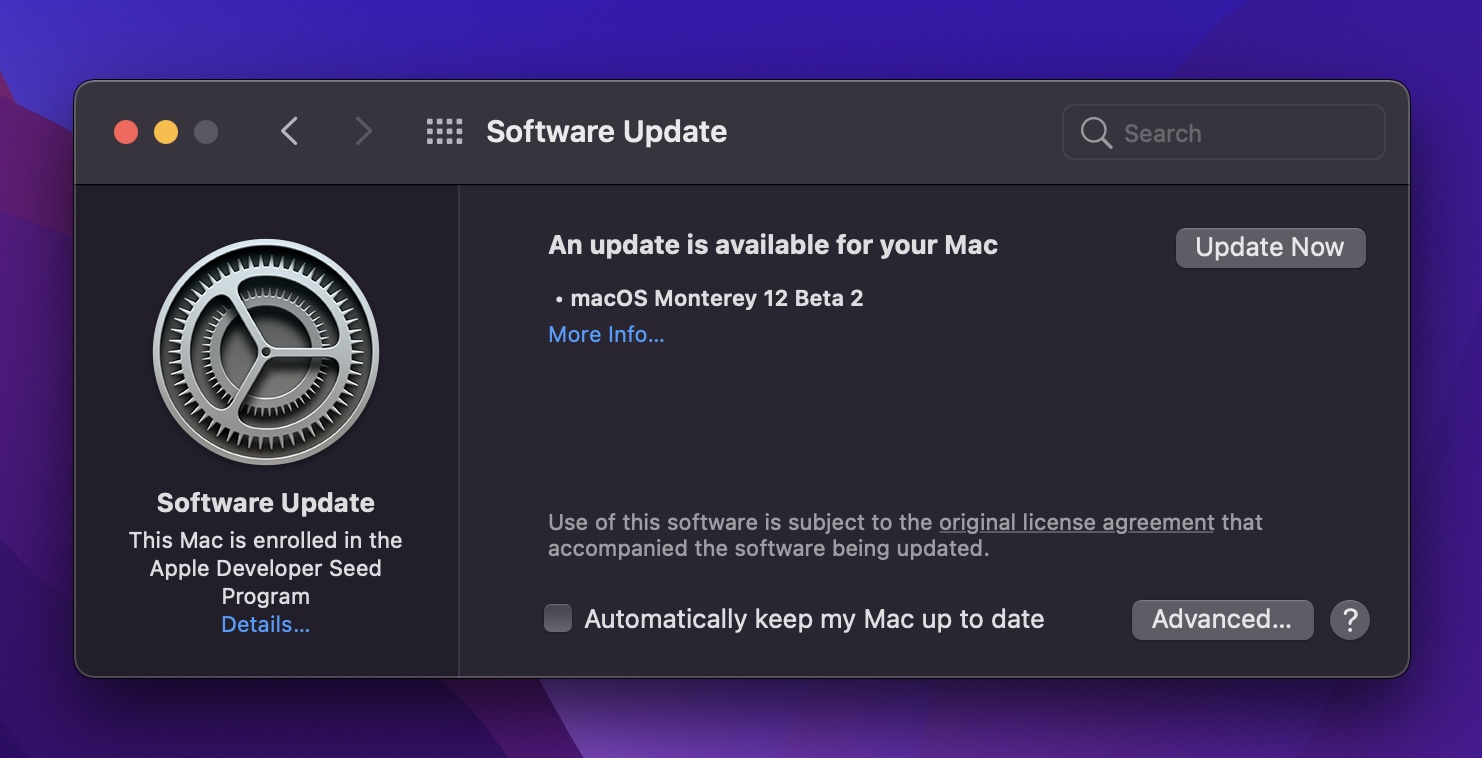 Three weeks after launching the first macOS Monterey beta, Apple has seeded developers with the second. Hopefully, we’ll see the new Universal Control and SharePlay go live in this beta release alongside other new Monterey features that we’ve been able to try out since the first beta like the Shortcuts app, all-new Safari, Focus mode, Quick Notes, AirPlay to Mac, and more.

The second macOS Monterey beta is showing up now via OTA for developers already enrolled. You can also download it from Apple’s Developer website if you’re not running the beta yet (full guide here).

As always, it’s a bad idea to install early betas like this on your primary machine with bugs and performance issues being common, so use a secondary Mac if at all possible.

The macOS Monterey beta 2 comes in at 2.86GB is size (after updated from the first beta). Beta 2 fixes a long list of issues found in the first release.