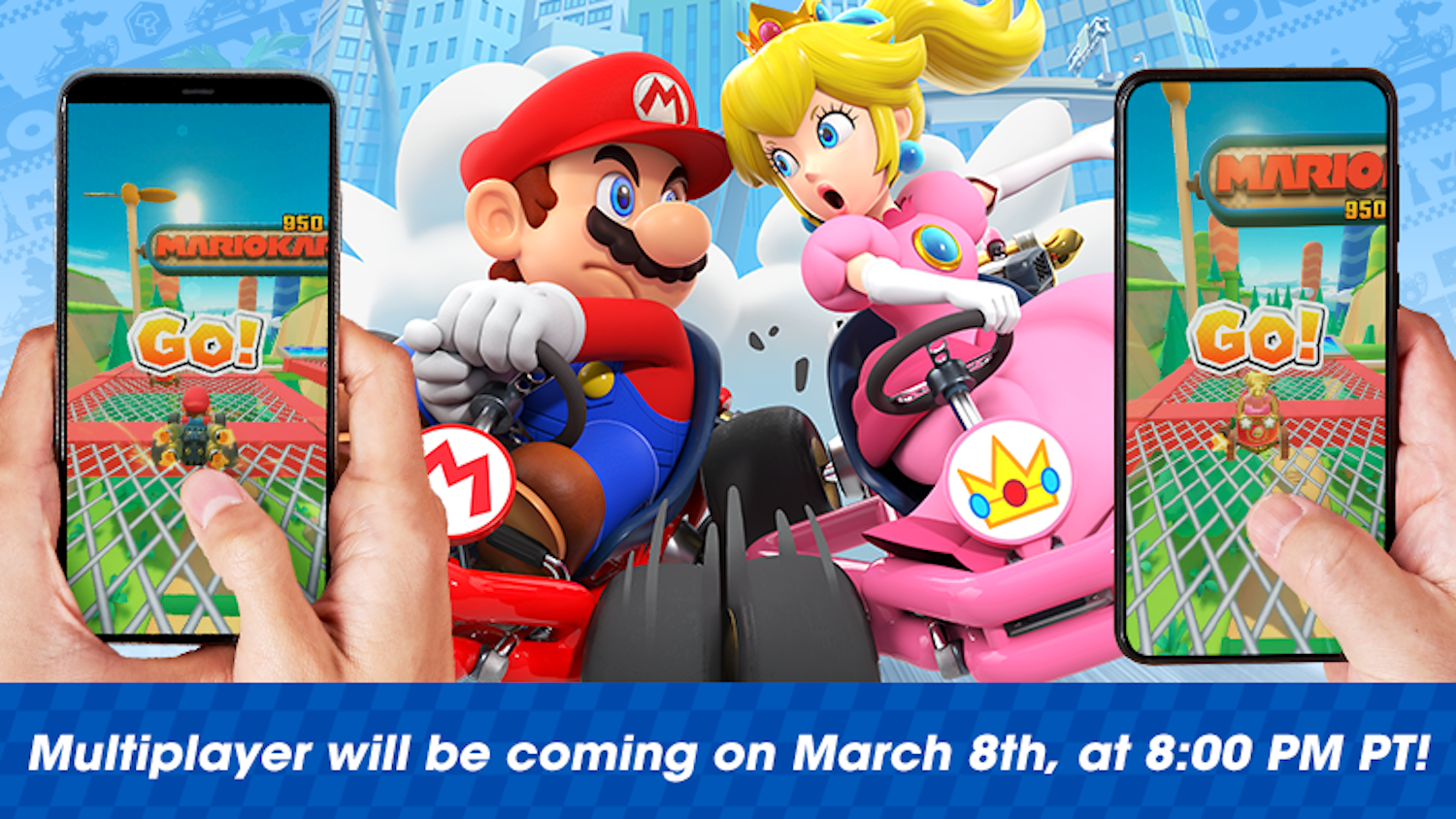 Nintendo has announced this evening that Mario Kart Tour on iOS is officially adding real-time multiplayer support next week. This comes after a beta testing program that ran in December. Unlike the beta program, however, Mario Kart Tour multiplayer will actually be available to all users.

Here’s how Nintendo describes the feature:

Race against players worldwide to raise your grade under rules that change daily in Standard Races and Gold Races. When racing friends or others nearby, Rooms let you pick speed, item slot number, and more.

During the beta testing program in December, Mario Kart Tour multiplayer was limited to Gold Pass subscribers. This time, however, everyone will be able to participate in the friends and nearby races, as well as standard races. Only the “Gold Races” will be limited to the paying users. The Gold Pass in-app purchase is a $4.99 per month subscription

Mario Kart Tour realtime multiplayer goes live on March 8. In the meantime, you can download Mario Kart Tour from the App Store now to start practicing.

Multiplayer for #MarioKartTour comes out on Mar. 8, 8 PM PT! You can compete against seven other players, whether they’re in-game friends, nearby, or around the world. Are you ready to play? pic.twitter.com/IRwBONq560

Race against players worldwide to raise your grade under rules that change daily in Standard Races and Gold Races. When racing friends or others nearby, Rooms let you pick speed, item slot number, and more. Play your way when #MarioKartTour multiplayer launches Mar. 8, 8 PM PT! pic.twitter.com/ckkekAsbHS