Food magazine Bon Appétit has used an iPhone to shoot the cover photography for its latest travel issue. The Condé Nast-owned publication follows in the footsteps of magazines like Billboard and Condé Nast Traveler, both of which have recently run covers shot on iPhones.

Bon Appètit has used iPhone-shot photos in the past – including in last year’s Culture issue – but this is the first time photography shot using Apple’s smartphone camera has graced the cover. The image, taken by Peden + Munk on an iPhone 7 Plus, shows a woman holding a strawberry Paleta, on location in the Tlacoula Market of Oaxaca, Mexico. 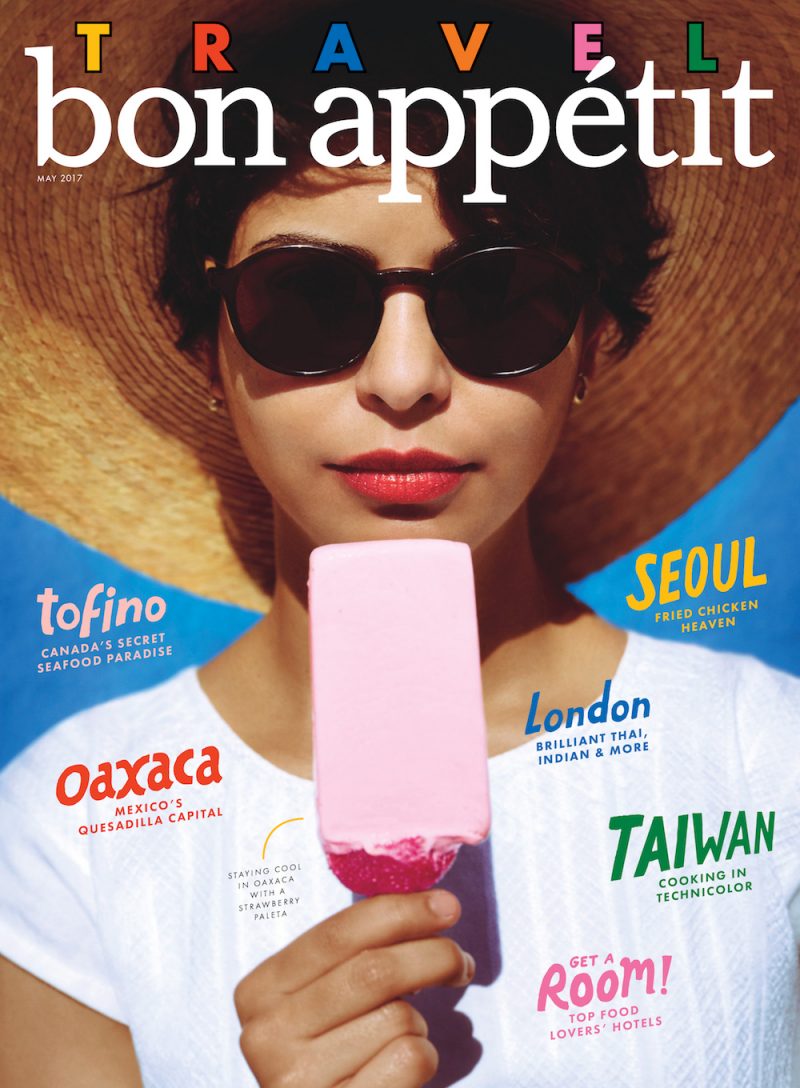 Peden told TechCrunch that the iPhone’s portability and the “comfortability [of] not having some humungous lens in your face” allowed them to work with a tiny crew, so it felt like a “throwback to the early days” of their career.

“It didn’t feel like a big magazine cover shoot where there were a bunch of assistants and light reflectors,” Peden said. “It felt very comfortable and natural.”

The photographers also said the VSCO app allowed them to edit photos while at their favorite bar or brunch spot, rather than having to drag out their laptop.

Creative director Alex Grossman said it made sense to lead with an iPhone picture for the May travel issue, given the close connection between photography and travel. The iPhone 7 “works really well picking up people and places”, said Grossman, and while it’s not completely comparable to “a $25,000 DSLR”, when shot in the right conditions, “99.9 percent of people out there” are unlikely to notice the difference.

Apple is a Bon Appétit advertiser, and an Apple ad on the back cover of the May issue highlights the fact that the cover photo was taken on an iPhone.