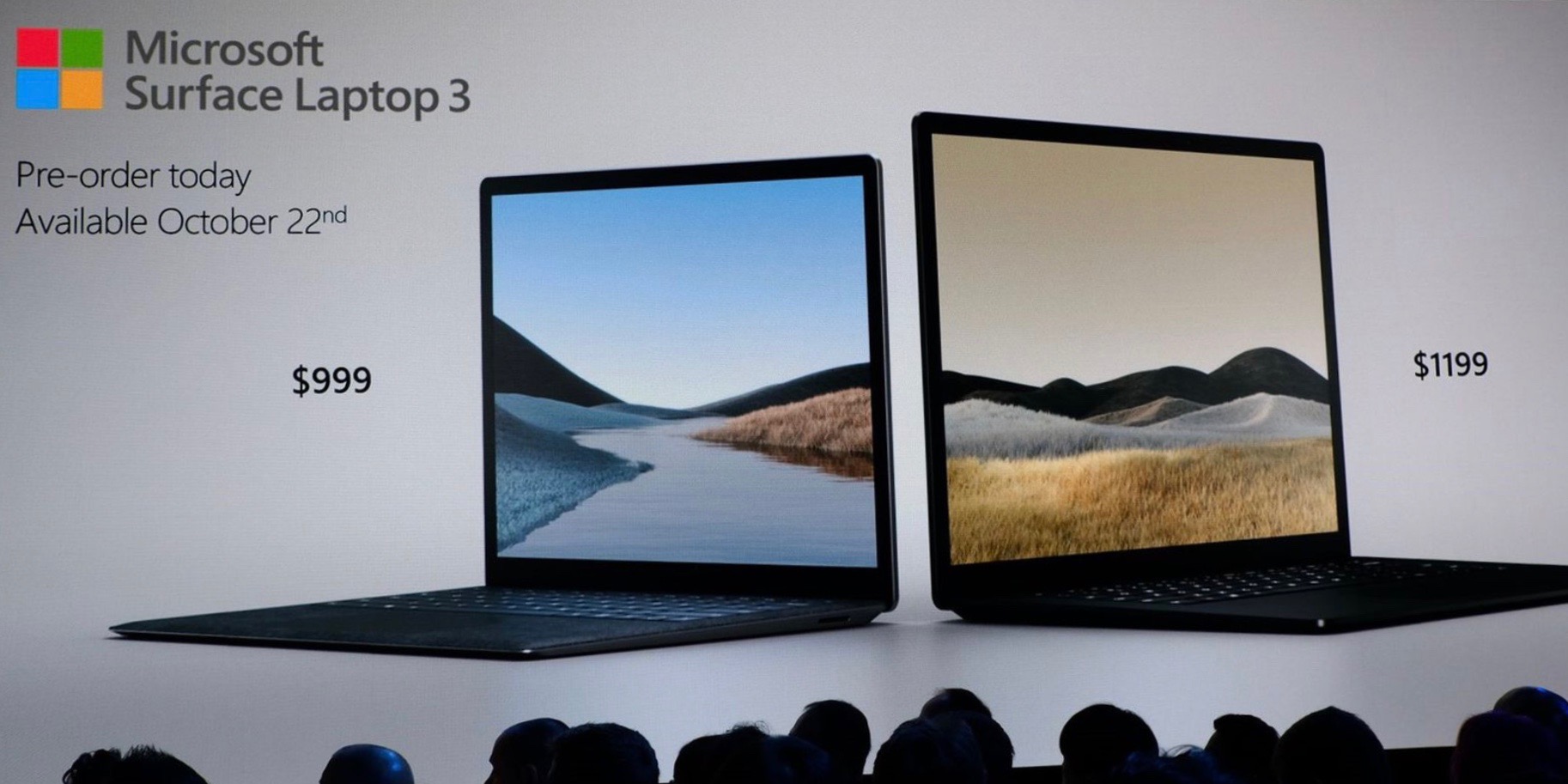 Microsoft has unveiled its latest laptops and convertible 2-in-1 devices at an event today in New York City. While announcing the new Surface Laptop 3, the company claimed that it is 3x more powerful than Apple’s MacBook Air and has a user removable SSD. Also unveiled at the event was the Surface Pro 7, Surface Pro X, an AirPods competitor, and more.

As noted by CNBC, Microsoft specifically called out Apple as it made the claim that the new Surface Laptop 3 will be 3x more powerful than the MacBook Air. The Surface 3 will come in 13- and 15-inch sizes and start at $999, undercutting the MacBook Air by $100.

Another notable feature of the new Surface Laptop 3 is the inclusion of a user removable SSD. Apple has been criticized over the years for making its devices more and more dificult to repair.

The Surface 3 Laptops use Intel’s 10th-gen CPUs and Microsoft is also going to offer a special model with an AMD Ryzen Surface Edition graphics chip.

“This is the most powerful mobile processor AMD has ever created,” Panay said. “We co-engineered this entire platform alongside AMD, from the silicon to hardware and through Windows.”

Another impressive feature is a fast-charging battery that can be filled up to 80% in just an hour. The Surface 3 Laptops have an aluminum build with a softtouch finish around the keyboard. The new laptops also keep a USB-A port while adding one USB-C port.

Top image via The Verge