This summer, Minecraft: Pocket Edition on iOS [Direct Link] will gain a free update that plans to introduce cross-platform play between most devices that the popular survival crafting game is available on, including iOS and Android smartphones, Xbox One, Nintendo Switch, Windows 10 PC, and VR. So if you’re playing on iPhone or iPad, you can still join in with a friend who only owns the game on Xbox One or PC.

Game developer Mojang said that it has always wanted to introduce a cross-platform feature, and promised that the new “Better Together Update” will bring a more consistent and unified version of Minecraft. This unification will extend into the game’s subtitles, which are being nixed going forward, with Mojang explaining that Minecraft on iOS, Android, Xbox One, Nintendo Switch, and the VR version, will all simply be called “Minecraft.” 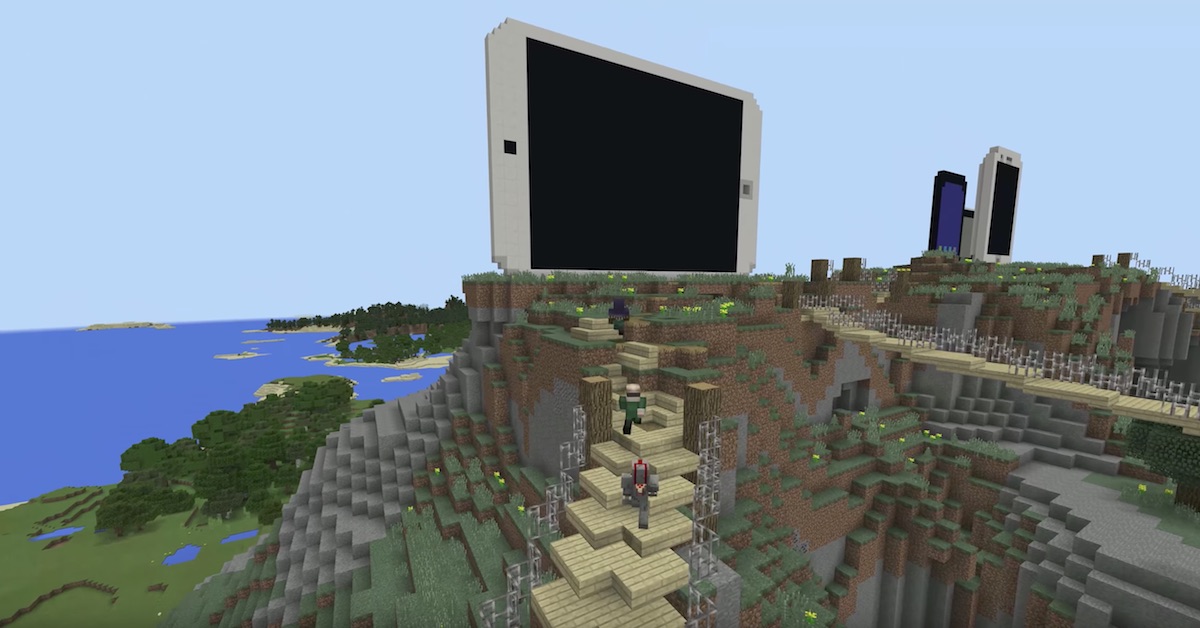 A game all about teamwork, building together and creating communities shouldn’t be restricted to one device, which is why our Better Together Update introduces cross-platform play, breaking down the barriers and letting people play the same complete Minecraft with each other across devices! We’ve wanted to integrate cross-platform for ages, essentially making a version of Minecraft that’s consistent no matter what device you’re choosing to play on.

Better Together will also introduce cross-platform DLC support, so that any extra content that’s purchased on one device will be accessible on any of the devices supported by the new update. As Mojang explained in an example, “If you buy the Greek Mythology pack on Nintendo Switch, you’ll also own it on the mobile, Xbox One and Windows 10 Editions too – no extra charge.”

iOS players will see the Better Together update in the App Store sometime this summer, and on Android and VR it’ll be rolled out as a simple version update as well. On Xbox One and Nintendo Switch, Mojang will give players an entirely new version of the game for free, and promised that all existing worlds and DLC will carry over to the new version of Minecraft.

The Better Together Update will also include an in-game server browser on the main menu, and a “Super Duper Graphics Pack” will come later this fall with 4K HDR support and improved lighting, shadows, and water effects. For more news about the additions, which are coming out of E3 this week, check out Mojang’s blog post here.
Tag: Minecraft