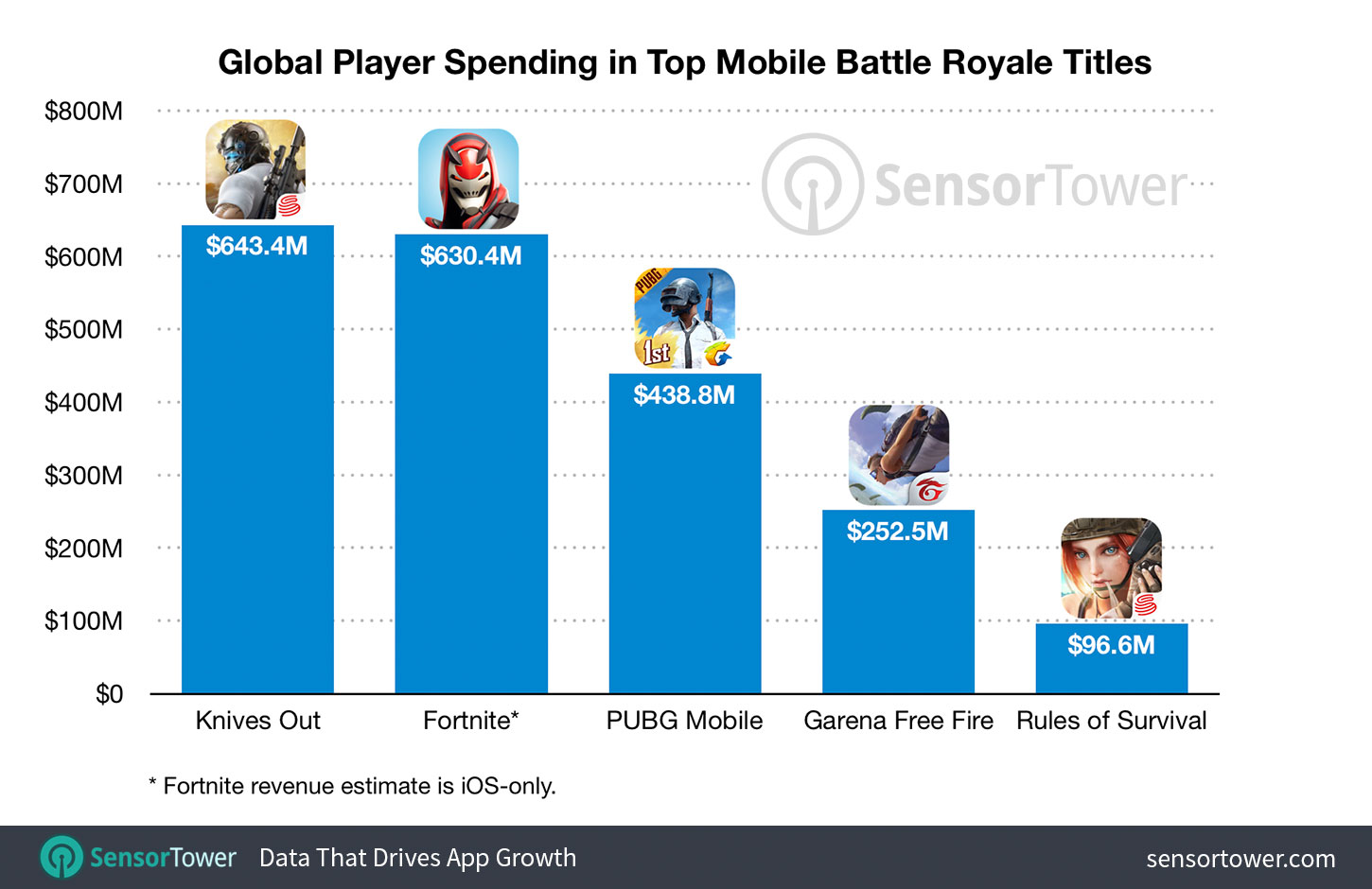 Mobile analytics firm Sensor Tower is out today with a new report focused on the continued success of battle royale games on mobile platforms like iOS. According to the research, the top five mobile battle royale games have grossed a total of $2 billion in less than two years.

Sensor Tower says that the games Knives Out, Fortnite, PUBG Mobile, Garena Free Fire, and Rules of Survival have raked a total of $2 billion. Knives Out leads the way with $643 million, followed by Fornite at $630 million. PUBG Mobile places third with $438 million.

Notably, Fortnite’s revenue estimate from Sensor Tower is based purely on iOS, whereas the Knives Out number is a combination of both iOS and Android.

During the first quarter of 2019 alone, these five titles combined for $476 million, up 63 percent from $91 million in Q4 2018. PUBG led the way with $148 million of that spending, followed by Fornite at $119.4 million. Interestingly, Fortnite’s revenue was down 26 percent quarter-over-quarter, according to Sensor Tower:

Combined player spending in these five titles in the first quarter of 2019 reached $476 million globally, led by PUBG Mobile with $148 million or about 31 percent of the total. This was an increase of nearly 63 percent quarter-over-quarter from $91 million in 4Q18, when PUBG Mobile accounted for about 19 percent of spending among the five titles.

Fortnite for iOS saw its share of revenue decrease to 25 percent last quarter from 34 percent in 4Q18, with spending down 26 percent Q/Q to approximately $119.4 million.

Free-to-play battle royale games such as Fortnite and PUBG have proven to be incredibly popular on iOS. The field is expected to get more crowded later this year, with EA’s hit Apex Legends expected to launch on mobile this year. With Fortnite’s revenue declining, there’s certainly seems to be place in the market for Apex on iOS.

Do you play any of these popular battle royale games on iOS? Let us know down in the comments below.