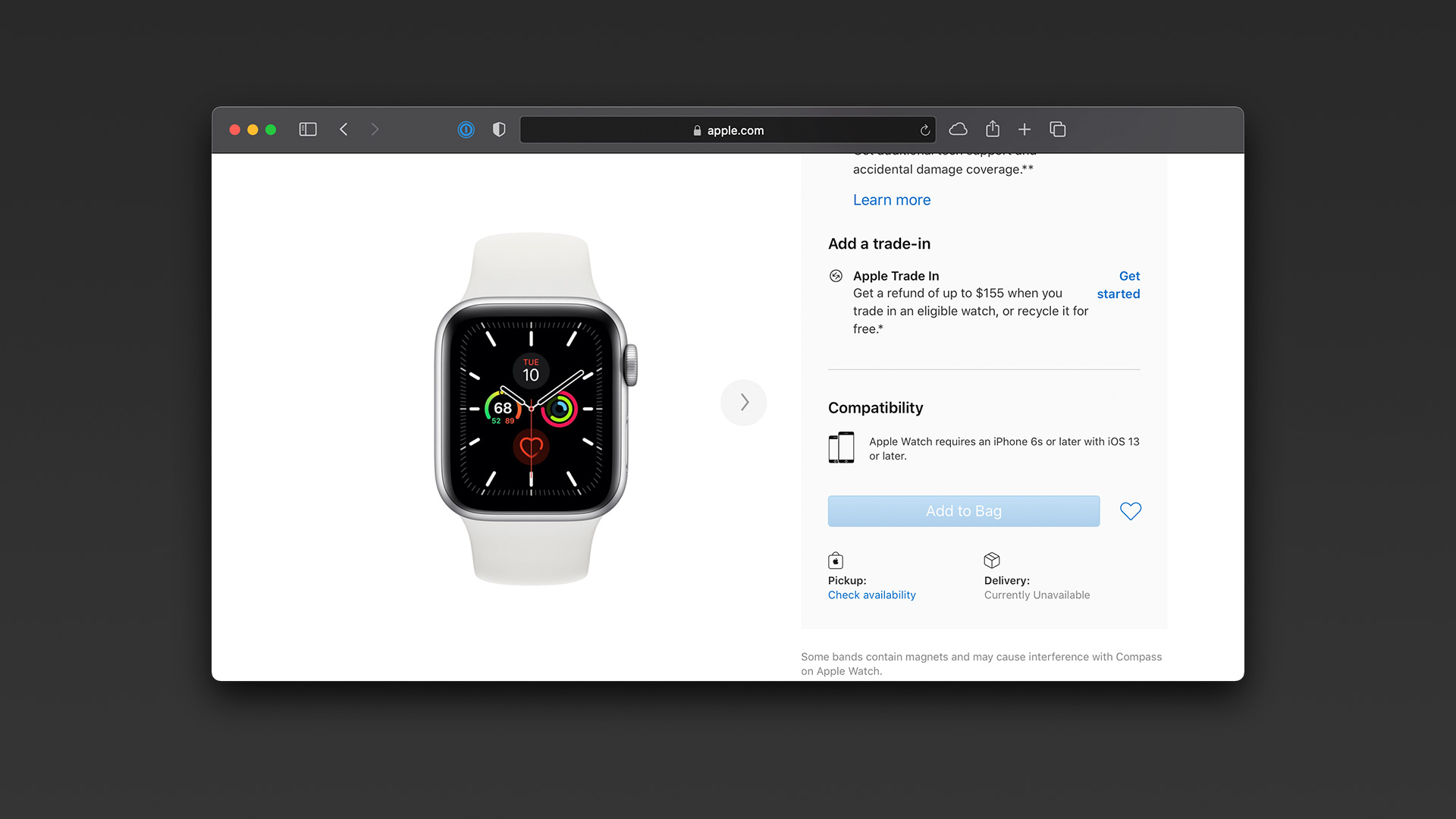 As the fall is coming, we’re expecting the announcement of new Apple products at any time, including the iPhone 12 and Apple Watch Series 6. Today, most Apple Watch Series 5 models are currently unavailable on Apple’s website, which suggests the company is ready to launch the next generation of Apple Watch.

Customers noticed that some Apple Watch Series 5 models have been disappearing from Apple’s online store, and now even basic models such as the one with aluminum case and white sport band are unavailable.

9to5Mac has verified Apple’s website in different countries and while the stock shortage of Apple Watch Series 5 models is most notable in the United States, China, and Japan, availability seems to be normal in Europe. In other countries like Brazil, the estimated shipping time is two weeks for most Apple Watch models.

The pickup option is also unavailable for some models, but this is more related due to the closure of several Apple Stores around the world.

Jon Prosser said on Twitter that Apple will announce the next generation of Apple Watch this week, most likely this Tuesday morning. However, Bloomberg’s Mark Gurman mentioned that Apple’s announcement this week might just be an invitation to a special online event later this month where the company will officially announce new Apple Watch models and the iPhone 12.

You can read everything we know about 2020 Apple Watch models in our special guide here on 9to5Mac.