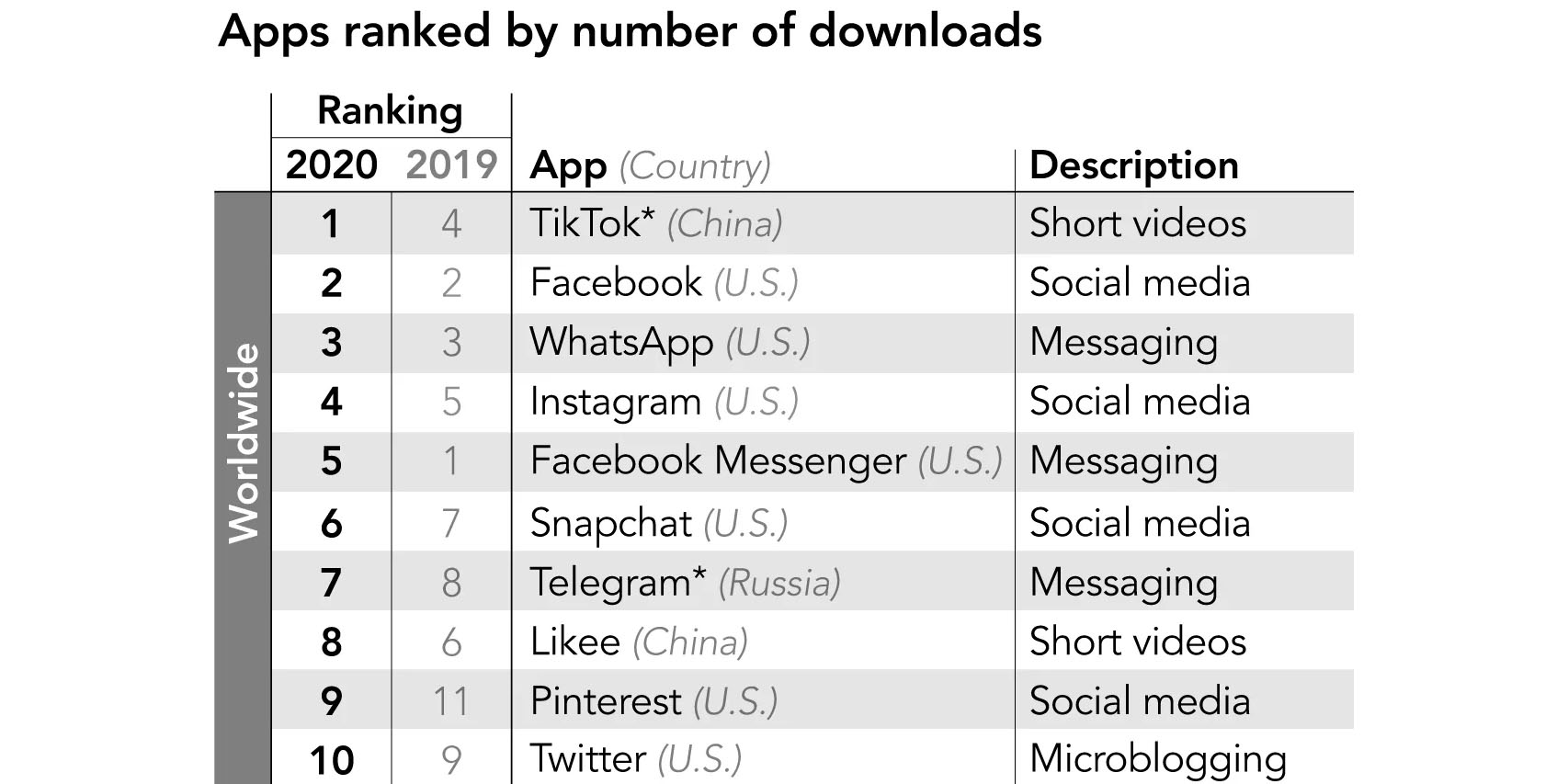 TikTok became the most popular social app in the world in 2020, overtaking Facebook and WhatsApp, shows an App Annie analysis…

This backs a separate Sensor Tower study that last month stated that TikTok was the first non-Facebook-owned app to exceed 3 billion downloads.

TikTok is the first non-Facebook app to achieve this mark. Despite threats of government bans and after being removed from India, its biggest market, TikTok’s popularity in the rest of the world has continued growing.

According to the Sensor Tower study, TikTok is the fifth non-game app to join a tier that has historically been the exclusive domain of Facebook. Alongside TikTok, only WhatsApp, Messenger, Facebook, and Instagram achieved this mark.

A global survey of downloads in 2020 shows TikTok, a video-sharing app developed in China, on top of the list of social media providers for the first time since the study was first conducted in 2018.

As concern for personal privacy grows, Telegram, a messaging app that can delete posts, also ranked high during a year when social media use has been driven up by the COVID-19 pandemic.

“The total viewing time for TikTok in the US and UK is longer than that for YouTube, and short videos will continue to attract attention,” Chuzen Kin, marketing manager at App Annie, an app market intelligence company, told Nikkei as he reviewed trends. “In terms of content, music and comedies are becoming more popular.” Vocal social media is also on the up, with Clubhouse taking off in Japan and the U.S. in early 2021.