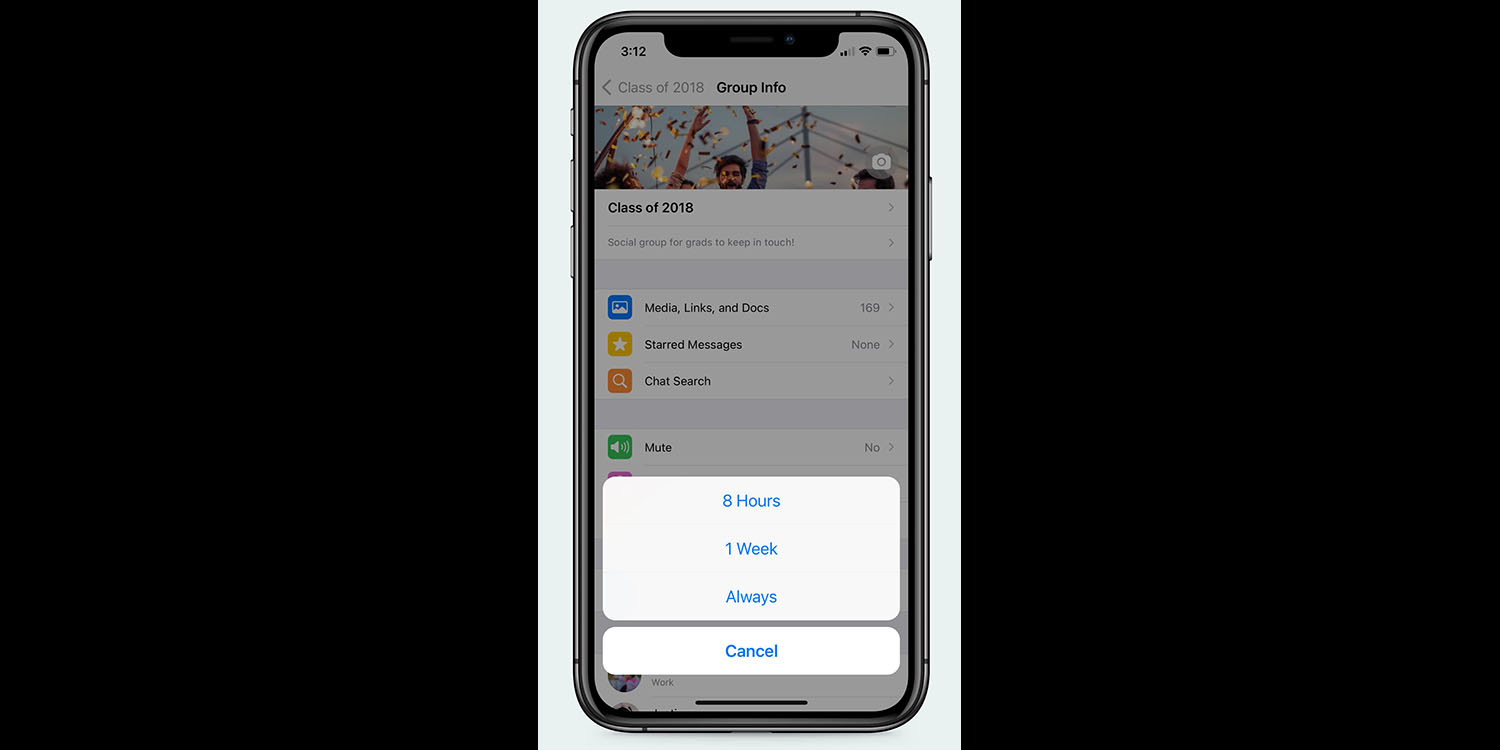 Facebook has now updated the app to replace the ‘1 year’ option with ‘Always.’

Many of us have found ourselves in the situation of having been added to a group chat for family members or friends, but then being bombarded by messages, most of which are of no interest. Leaving the chat would alert everyone that we’ve done so, and can seem rude. Muting the chat is thus the preferred option for many in this situation, as nobody can see that you’ve done it.

Muting WhatsApp chats means that you will no longer receive notifications or alerts when a new message arrives in the group. You can then pretty much ignore it, and just take a look from time to time when it suits you. Previously, you’d have to re-mute it annually, but WhatsApp tweeted that this is no longer the case.

That works for most people, but there are some who never want to even look at the chat. Muting it isn’t ideal for that situation as the group will still pop back to the top of your chats anytime someone posts to it. Some would prefer an option to just archive it and never see it again.

A bigger request, however, is for true multi-device support. Currently, for Apple users, WhatsApp only actually runs on an iPhone. There are third-party iPad apps, but these are just a front-end to the web interface, which only supports one connection at a time. The official Mac app is the same, which means that when you use it on your Mac, your iPad disconnects – and vice-versa.

Multi-devices functionality is what we really need urgently, this is 2020 and we still depend on an active online phone to use the web client, and we can’t use more than one phone without having to backup, reset and restore on the other phone… Kind of ancient behavior.

What many of us want is for WhatsApp to work like iMessage, with messages delivered to official apps on all devices. A leaker suggested back in August that this might finally be in the works.