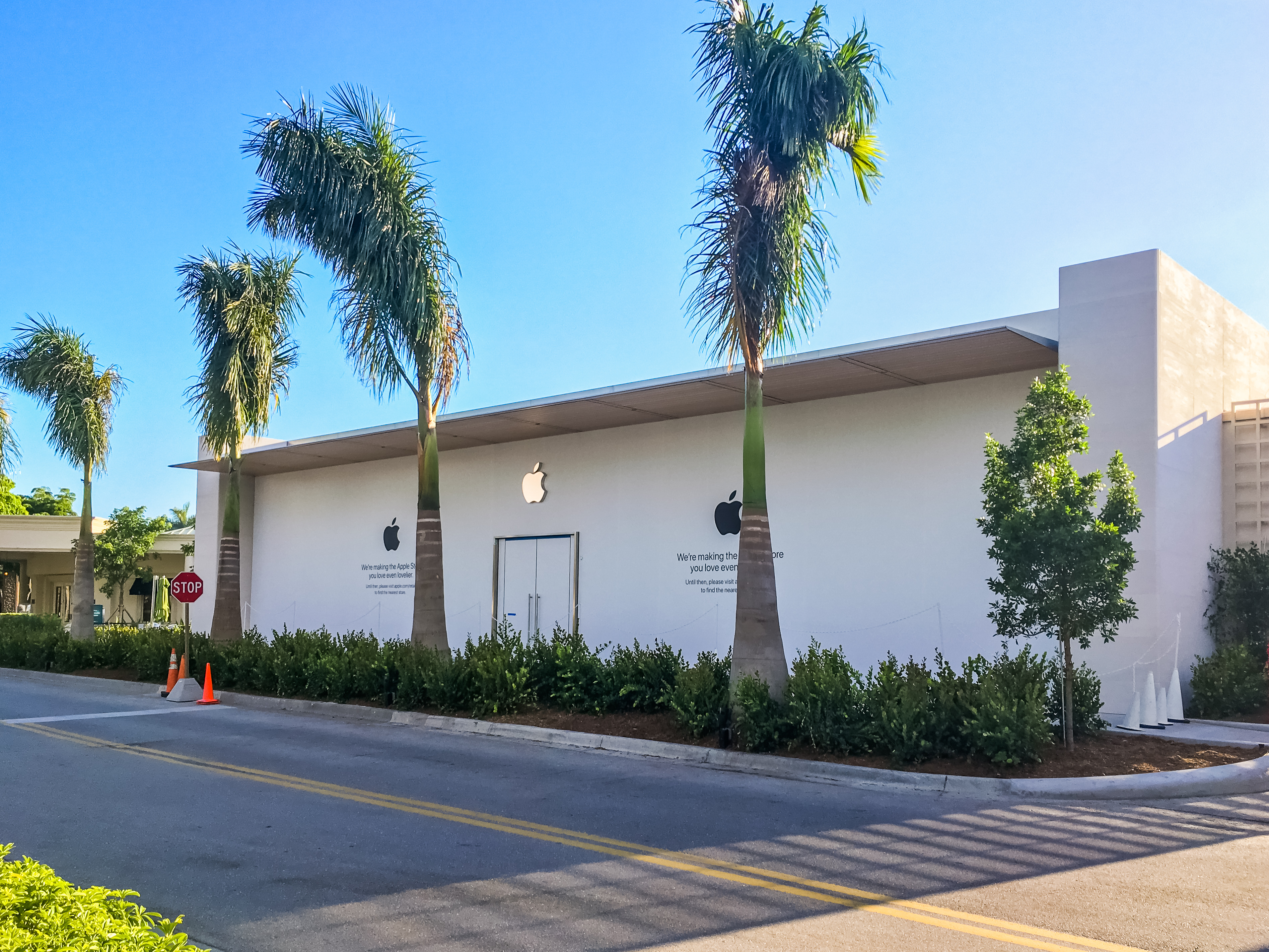 Apple Waterside Shops in Naples, Florida has been completely rebuilt from the ground up and will celebrate its grand reopening on August 24th at 10:00 A.M. local time. The store closed early last September for expansion and will now feature Apple’s latest retail design language and the capability to host larger and more immersive Today at Apple sessions.

Apple’s original Naples store opened in early 2007 prior to the launch of the original iPhone. The small, stainless steel-paneled storefront faced the interior of the open-air mall under a low canopy. Both the original store and an adjacent space formerly occupied by Talbots have been demolished to create a modern Apple Store matching the designs of its contemporaries in Washington, Pennsylvania, and Texas.

Stone block walls and a planked ceiling frame a glass entry that now faces out toward the mall’s parking lot. A line of palm trees creates a natural buffer between the sidewalk and road. For the first time, customers in Southwest Florida will have access to an Apple Store featuring a Forum with seating and a video wall, components central to the Today at Apple program of creative sessions. Apple’s second and only other store near Naples and Fort Myers, Coconut Point, has yet to be updated. Both locations first opened just two weeks apart in March 2007. 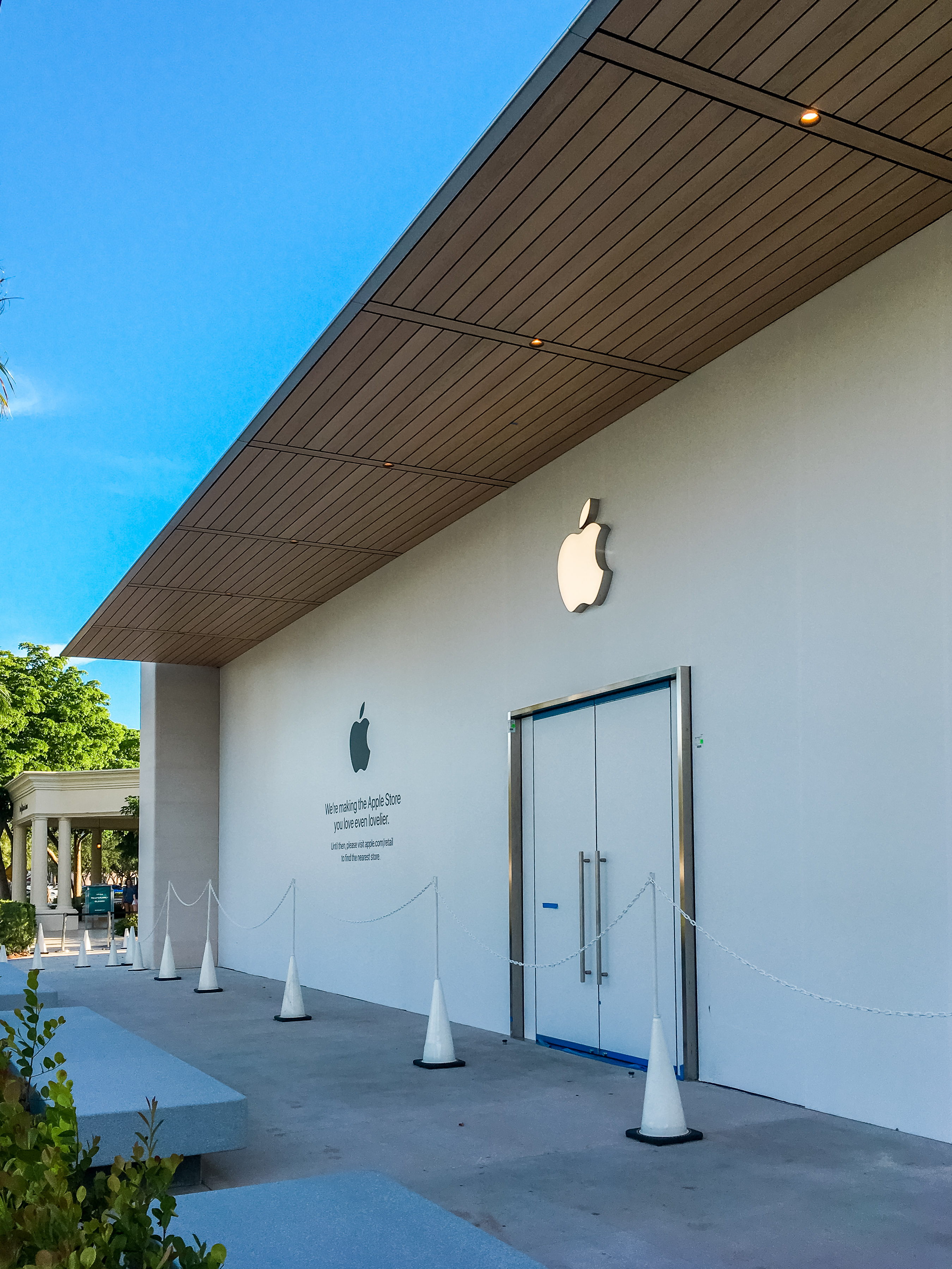 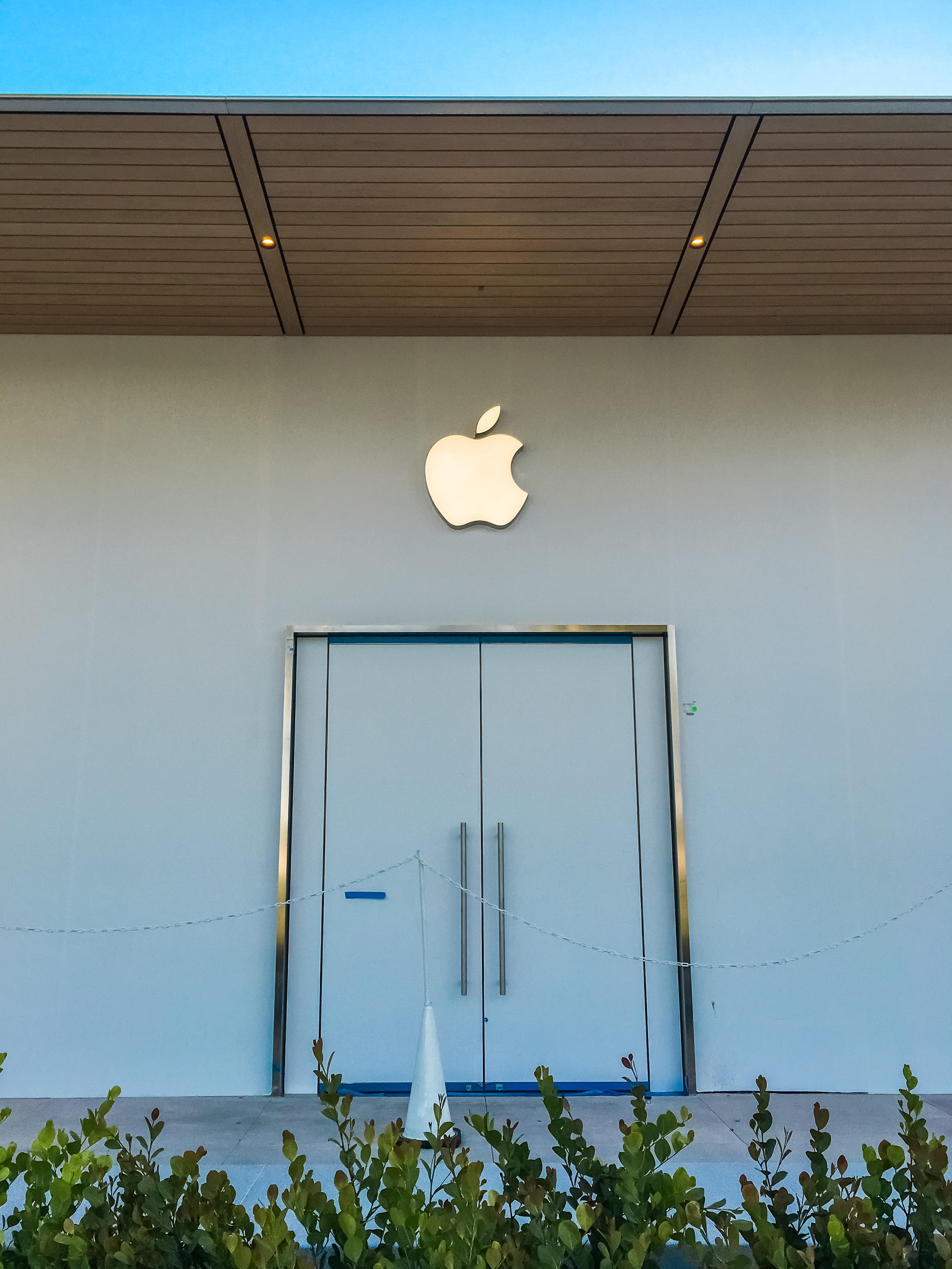 All across Florida, Apple is busy updating its fleet of stores. An expansion project is underway in Altamonte Springs, and Apple Aventura celebrated its grand reopening in a new pavilion on August 10th. More locations are expected to be rebuilt or remodeled with video walls in coming years.

Are you planning on attending the grand reopening of Apple Waterside Shops? We’d love to see and share your photos. Follow 9to5Mac’s retail guide for in-depth coverage of the latest Apple Store news.