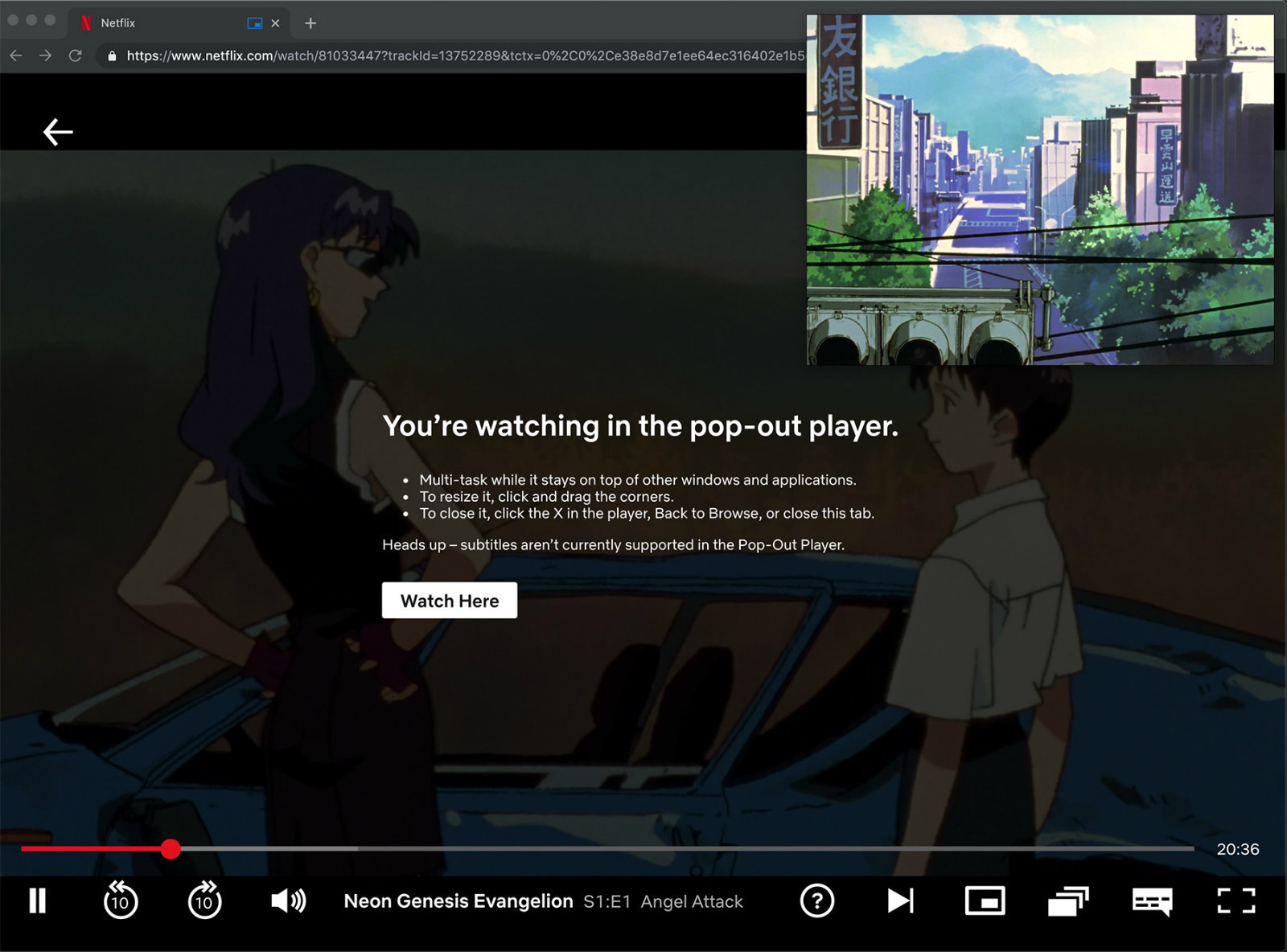 Netflix is testing a new picture-in-picture feature with its web app with some Mac users noting the new option. Currently called the “pop-out player,” the PiP option lets users keep an eye on content while using other apps.

As spotted by Engadget, the pop-up player is currently limited to an unknown number of users via a picture-in-picture button on the bottom right-hand side of the web app. The image above and below shows off the new option running on Google Chrome on a Mac.

There was a least one report from a Netflix user who saw this option pop up earlier this month, with one team member at Engadget also seeing the new feature. We haven’t seen the pop-up player button show up yet.

Are you seeing the new picture-in-picture Netflix option on the web with your Mac? Let us know down in the comments!