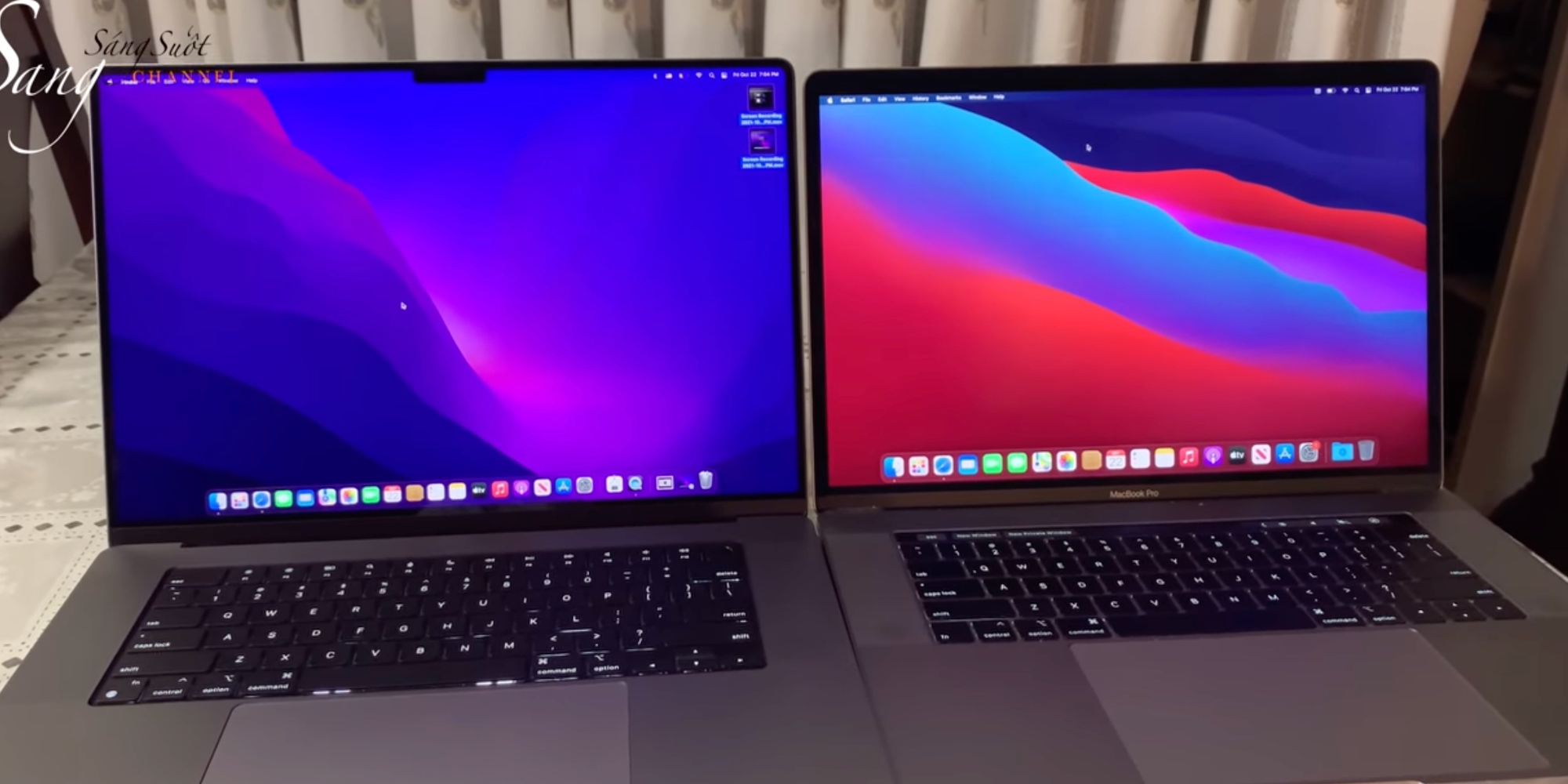 After the first unboxing video and real-life photos of the 14-inch MacBook Pro surfaced online yesterday, now it’s time for the first hands-on of the 16-inch MacBook Pro powered by the M1 Pro processor. As posted by a Reddit user, there’s a new video online posted by YouTuber SANG SÁNG SUỐT showing how the new 16-inch M1 Pro MacBook Pro looks in real life and compared to the old Intel 15-inch model.

In the video, more notably, you can see all the new ports: HDMI slot, headphone jack, three Thunderbolt ports, and an SD port as well. Not only that, we get to see how the notch – or the “webcam household” – works while in Safari. In this case, a black bar covers everything and the notch gets unnoticeable.

This new MacBook Pro was introduced during Apple’s “Unleashed” event with two versions: 14-inch and 16-inch. For the first time, a MacBook Pro features a 1080p webcam, and compared to the last M1 processor, Apple says the M1 Pro chip can offer 70% faster performance and 2x faster GPU performance than the previous processor.

Not only that, but bezels are thinner although the new 16-inch MacBook Pro is a little bit heavier. Although we don’t speak Vietnamese, it’s interesting to watch the 8-minute long video comparing this new Mac with the old 15-inch MacBook Pro.

According to Apple, the new 14-inch and 16-inch MacBook Pro with the M1 Pro and M1 Max chips are going to be available next Tuesday, October 26. Although pre-orders have started to prepare for shipment, this is the first time we see this new Mac in real life.

Do you want to know more about how it compares to some other models? Click here. In the video below, you can watch a first hands-on of the new Mac with the M1 Pro chip.

Twitter for iOS now lets anyone listen to recordings of Spaces