Instagram today announced the rollout of a new Direct messaging update that will unite permanent text messages with disappearing photos and videos into one easy-to-follow thread, instead of separating the two features like they were before today’s update. When disappearing messages launched in Direct last year, they were given their own “Stories” bar atop the Direct tab.

Users can still find Direct by swiping right-to-left on the main Instagram landing feed, and within Direct there will be a new blue camera button located in the messaging field at the bottom of the tab. Here, users can tap an existing thread to continue a conversation, or create a new one, and then send a disappearing photo, video, or permanent text message. Disappearing messages are highlighted blue in the inbox to prepare users for what kind of message they’re about to open. 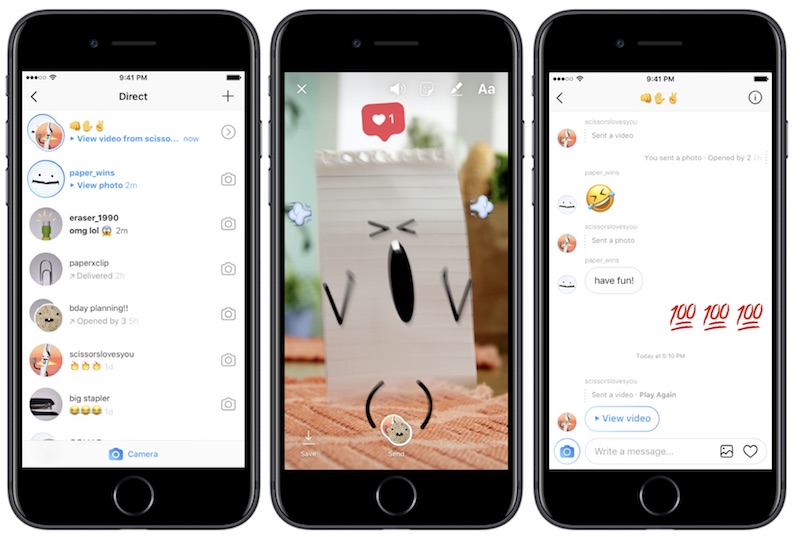 Instagram said that today’s update focusing on Direct is a response to the messaging feature’s growth since last November, which has risen from 300 million to 375 million in five months. Overall, disappearing chat features have grown to become a major focus in a variety of apps, most recently with Facebook Stories.

Since our last update in November 2016, the number of people using Direct has grown from 300 million to 375 million. We want to make Direct the best place to have fun, visual conversations with your friends. Stay tuned for more.

Instagram’s new update — designated version 10.16 — will begin rolling out throughout the day.