Apple’s only retail store in Maine reopened today in a significantly larger and more modern space at The Maine Mall. South Portland customers lined up this morning to explore the location’s first redesign since opening more than 11 years ago.

Nestled between Olympia Sports and Aldo near the middle of the shopping center, the new Apple Maine Mall adopts Apple’s latest design as expected, with pivot doors and a Forum with a video wall. The outgoing space closed for the last time on Friday night.

The new store arrives after the launch of the iPhone 11 and 11 Pro, but in time for a busy holiday shopping season. Updated Apple Arcade merchandising joins the rest of Apple’s new product displays refreshed at the end of September. 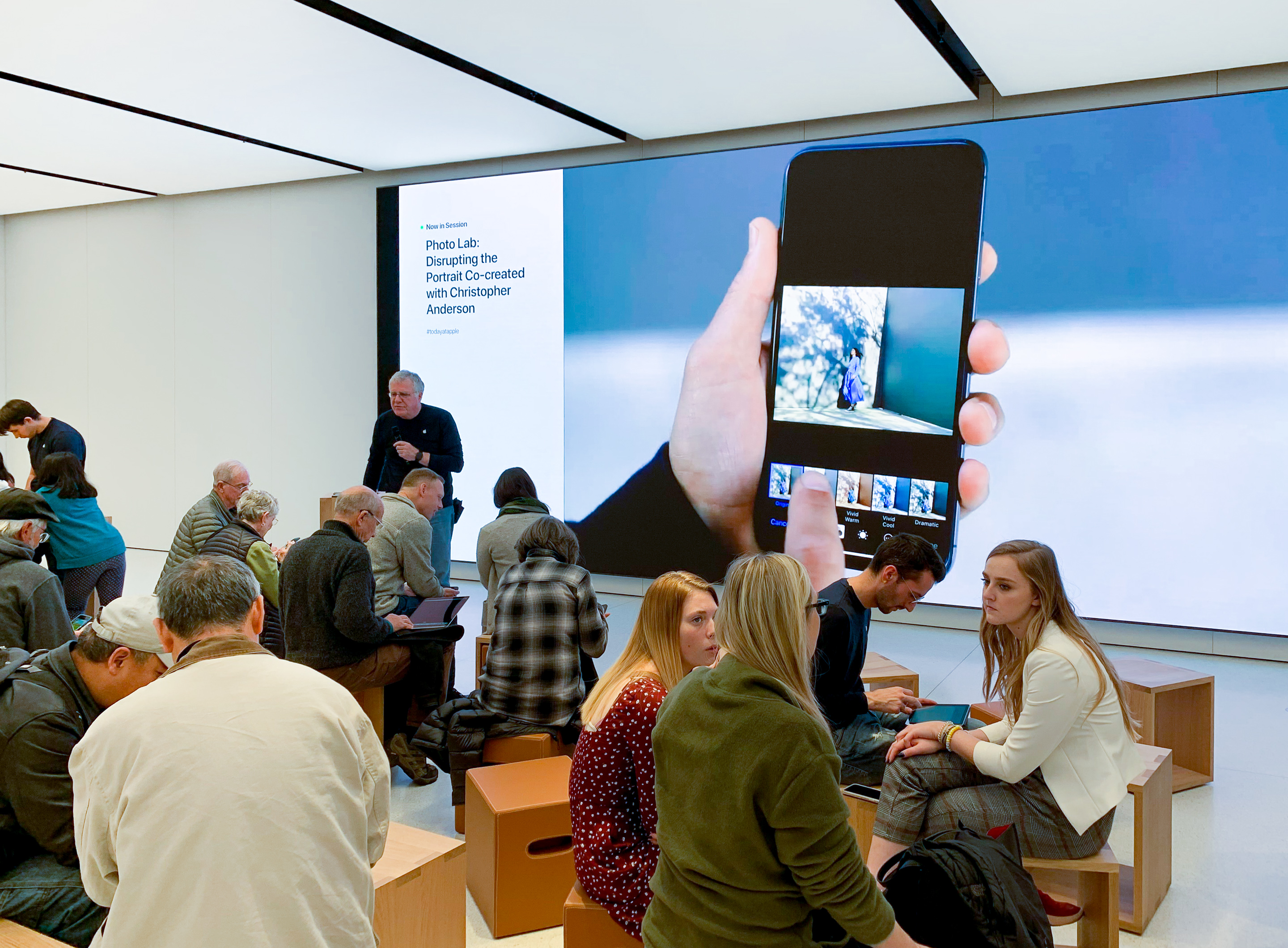 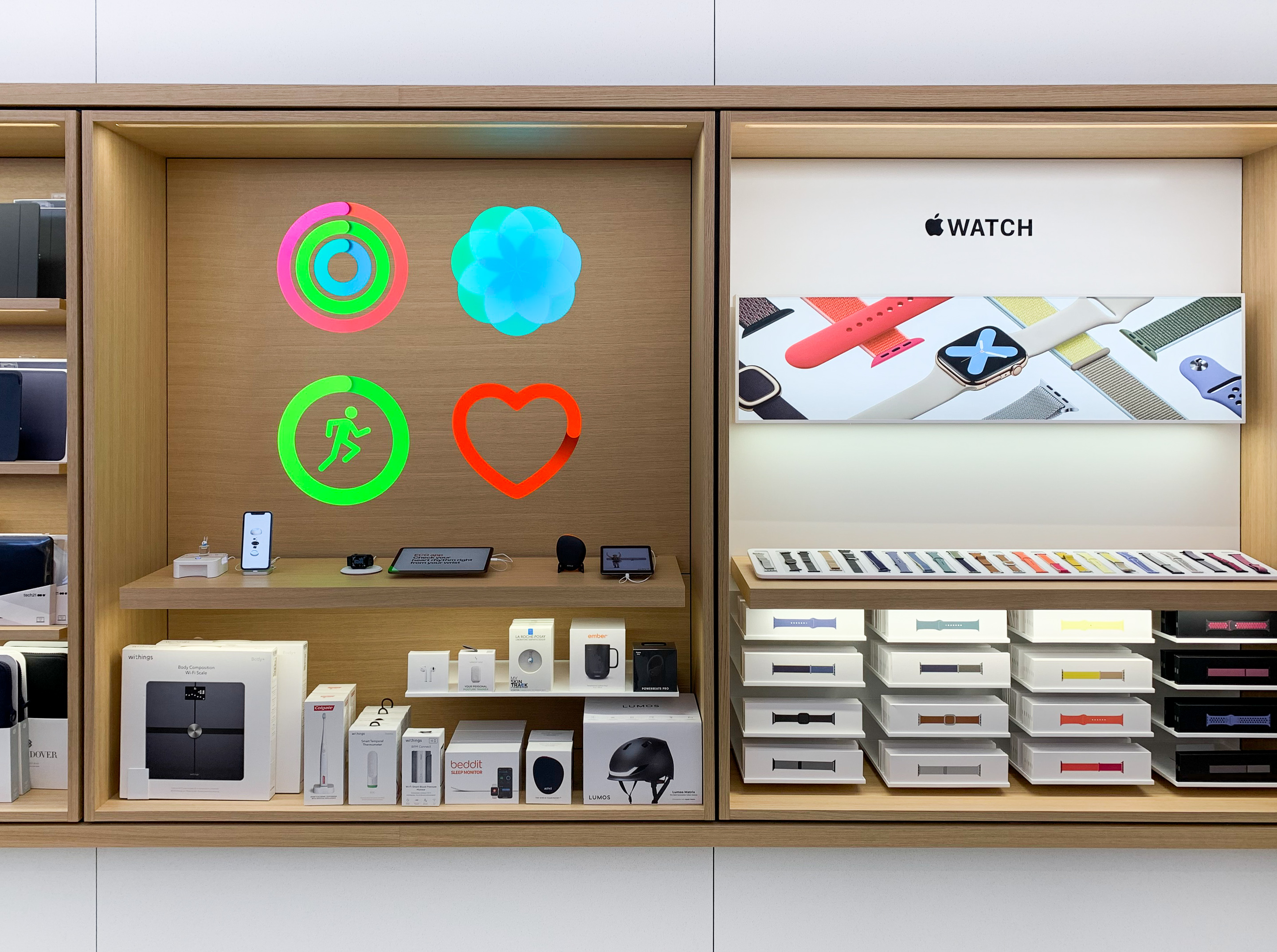 Maine Mall’s new video wall will also be put to use for Today at Apple sessions hosted in celebration of The Big Draw Festival through the end of October. Alongside the release of Adobe Fresco in September, a month full of special sessions were announced to help customers learn how to illustrate on iPad with the brand new tool. 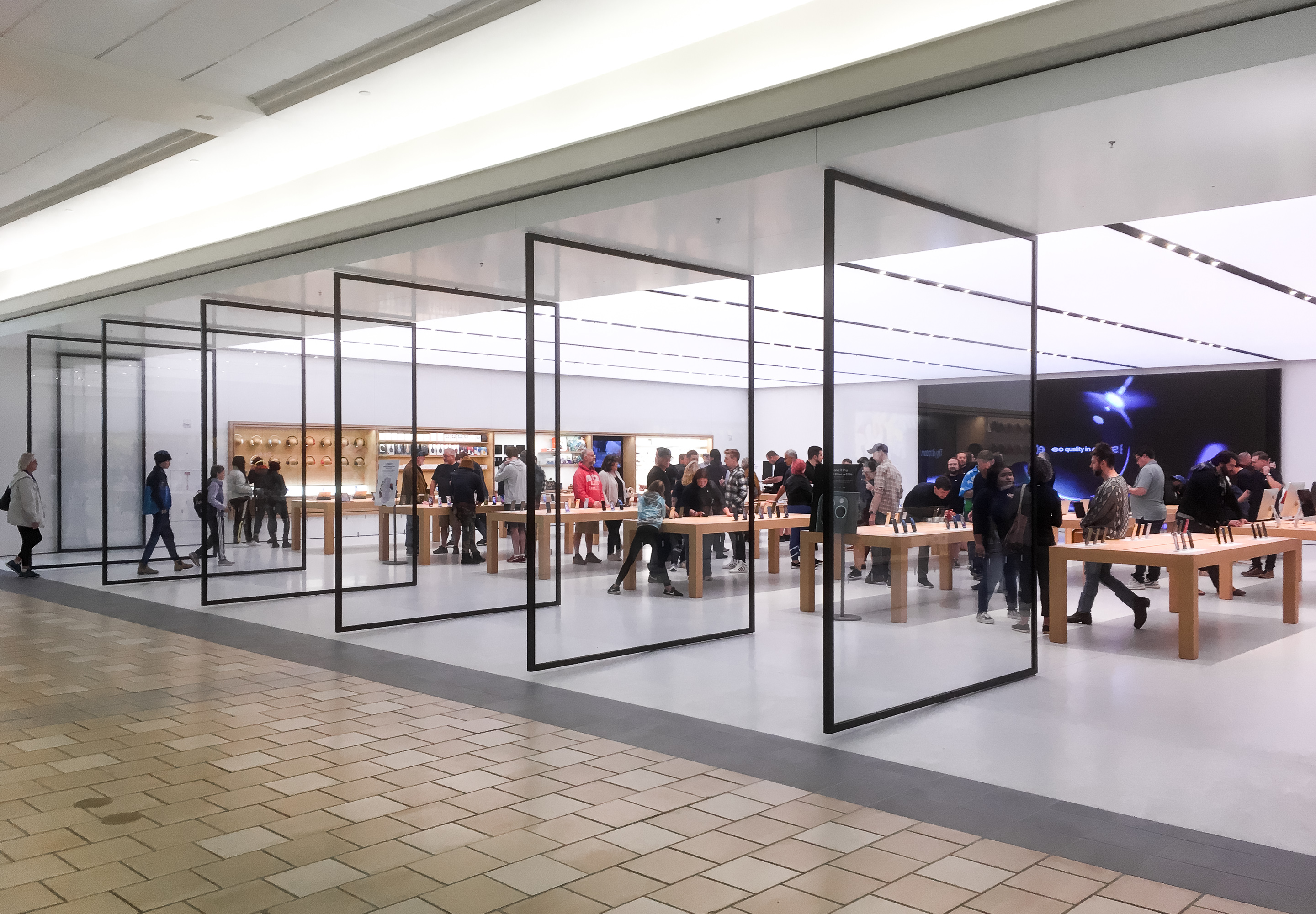 Earlier, we detailed the select flagship Apple Stores hosting specially curated sessions with notable artists and designers. As the second half of October approaches, many of the remaining exclusive sessions on the calendar have been announced. Below, we’ve listed some upcoming highlights in the U.S. and our favorite illustrations posted by session participants so far this month.

Made up a sewing robot for #TheBigDraw x #makeitinfresco, from prompts after Wall-E designer Jay Shuster’s inspiring talk! pic.twitter.com/HVoBIsoNTJ

Learn how to animate your own simple illustrations through experimentation.

Pick a New York City borough and sketch your favorite restaurants and places.

Explore the technique of crosshatching to create a portrait in Adobe Fresco.

Today is Ada Lovelace day!!! She is credited with writing the first computer program 100 years before the first computer. I made this visual note inspired by the #TodayAtApple session sketching in notes. Love iPadOS 🤓 pic.twitter.com/0pWYOXGs3G

Art Walk: Inspired by Symmetry in Nature with Sara Kaplan

Explore the Apple Aventura garden by creating a pattern inspired by nature.

Brainstorm drawings inspired by your daily life through illustration prompts.

Learn about lettering styles and create custom letters for your name.