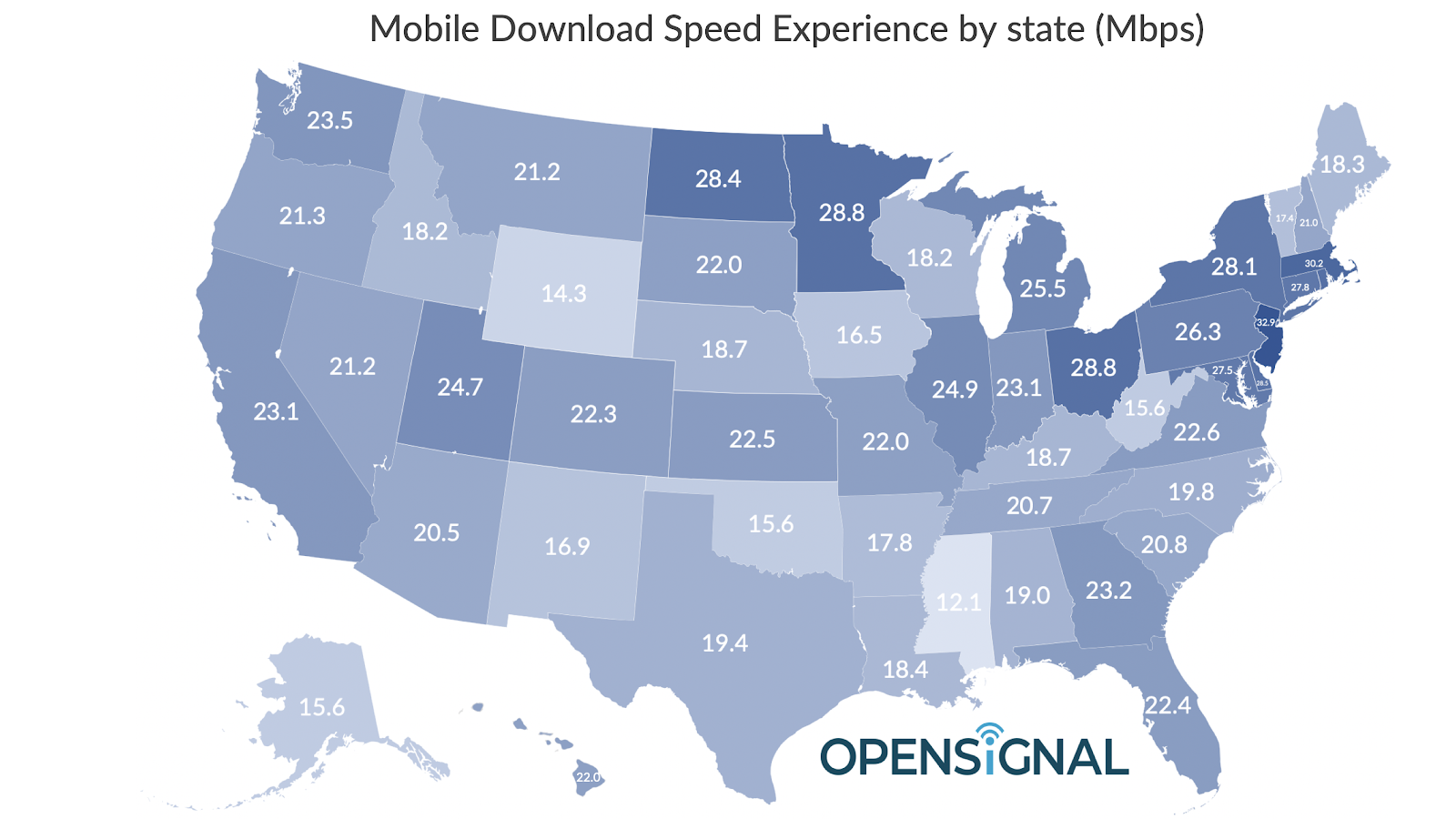 After sharing its latest study on how mobile networks compare around the globe earlier this week, Opensignal is out today with a US-specific report. The new data gives a look at 4G download and upload speeds, latency, and more for each state as well as a look at the top 50 US cities.

In Opensignal’s global report, the US came in 30th out of 87 countries for 4G download speeds with an average of 21.3 Mbps. Today we’ve got a look at the state by state breakdown and more.

The state with the fastest average mobile download speeds was New Jersey with 30.2 Mbps, while Mississippi came in almost three times slower with an average speed of 12.1 Mbps.

The report notes the surprise of Minnesota and Ohio coming in fourth and fifth with 28.8 Mbps, while California and Washington had lower average speeds than many states in the Northeast and Midwest.

Most striking is the experience offered by states that are known as hubs for leading technology companies. California, home to both Silicon Valley and the movie industry, ranked just 19th in Download Speed Experience while Washington state, home to Amazon and Microsoft’s HQs, ranked 16th.

The report also breaks down the data by the top 50 most populated US cities. Cleveland came in first place with an average speed of 32.8 Mbps with Minneapolis in second at 32.2 and New York City coming in third with 31.2 Mbps.

Notably, many major cities scored just above or below the national average of 21.3 Mbps. San Antonio and Oklahoma City came in 49th and 50th with 19.1 and 16.9 Mbps average speeds, respectively. 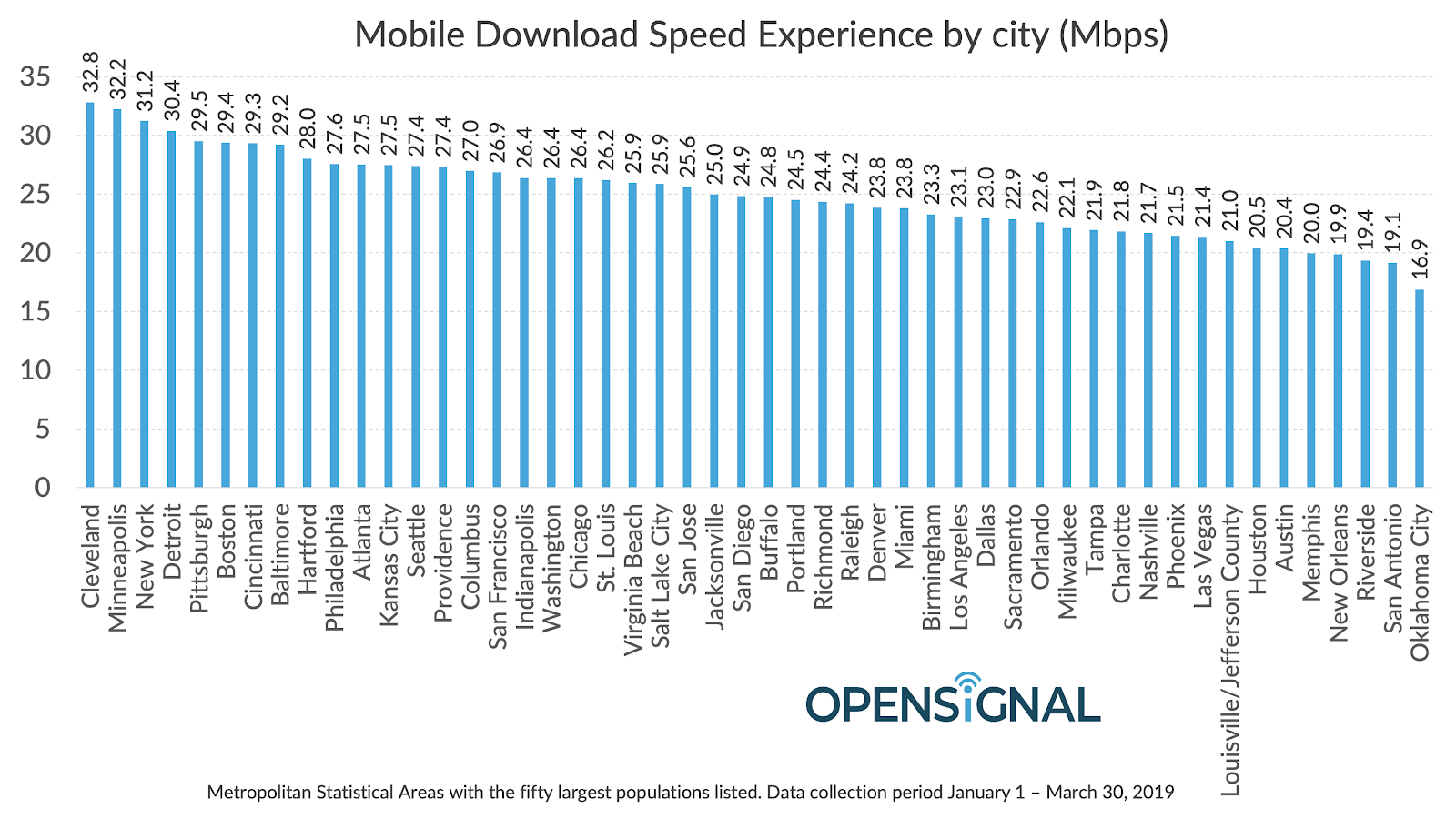 Here’s a look at how those same cities scored for mobile network latency: 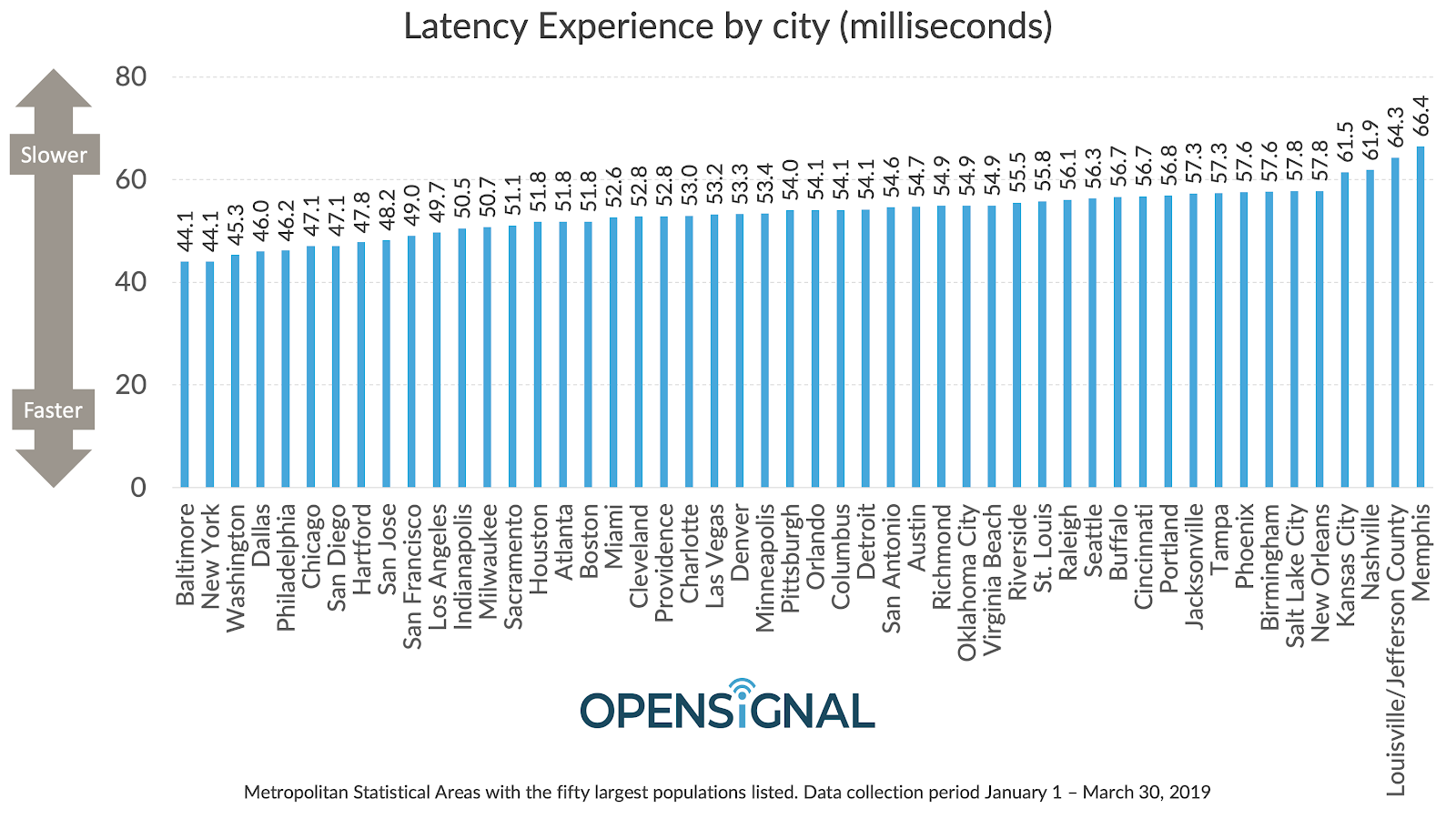 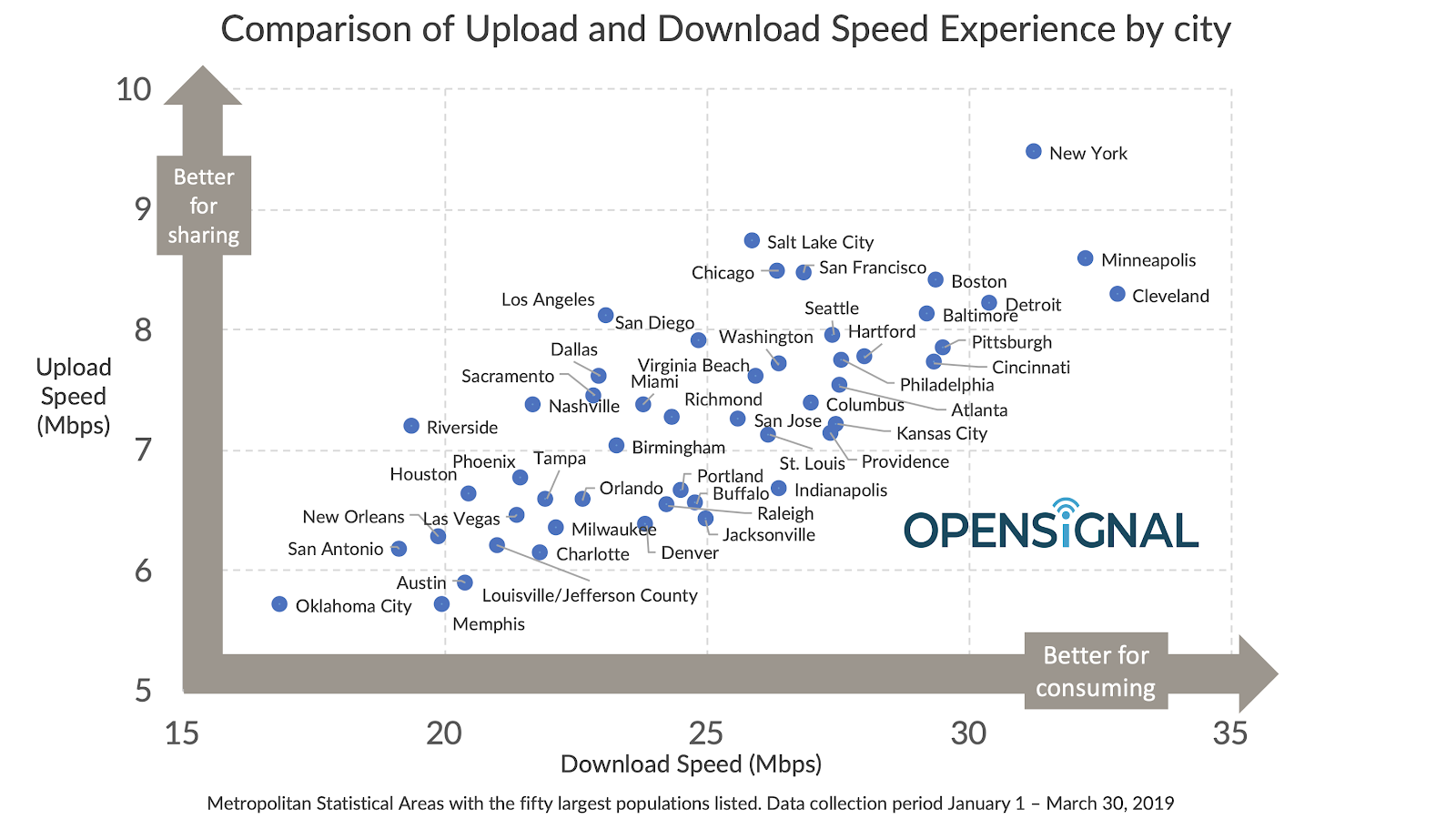 While there is significant disparity between mobile network performance in the United States, 4G availability is one strong point. Opensignal also points out that even though 5G is slowly starting to launch in select markets, it will be many years before the majority of US consumers have access to the next-gen mobile network.

In even the lowest-scoring US city for 4G Availability, smartphone users spend 94.7% of the time connected to 4G rather than older technologies such as 3G. Opensignal expects it will be years before smartphone users spend as much time connected to 5G networks as they do 4G networks and hence measures of 4G mobile experience such as 4G Availability will continue to be important. For example, mobile industry organization GSMA forecasts that in 2025 5G subscriptions will still be in the minority in North America and will represent just 49% of total mobile subscriptions.

Overall, Opensignal found a slight improvement in the average mobile network download speeds in the US moving from 17 Mbps to 21.3 Mbps YoY. However, we’ll have to wait for 5G to roll out to bring more notable performance growth.

In the last year, the download speeds experienced by smartphone users in the US have improved little, rising from 17 Mbps to 21.3 Mbps between the first quarter of 2018 and the same period in 2019. There’s lots of room for improvement but only a new technology like 5G is likely to lead to a step-change improvement in the mobile network experience.

Check out the full US mobile network study from Opensignal for more details.