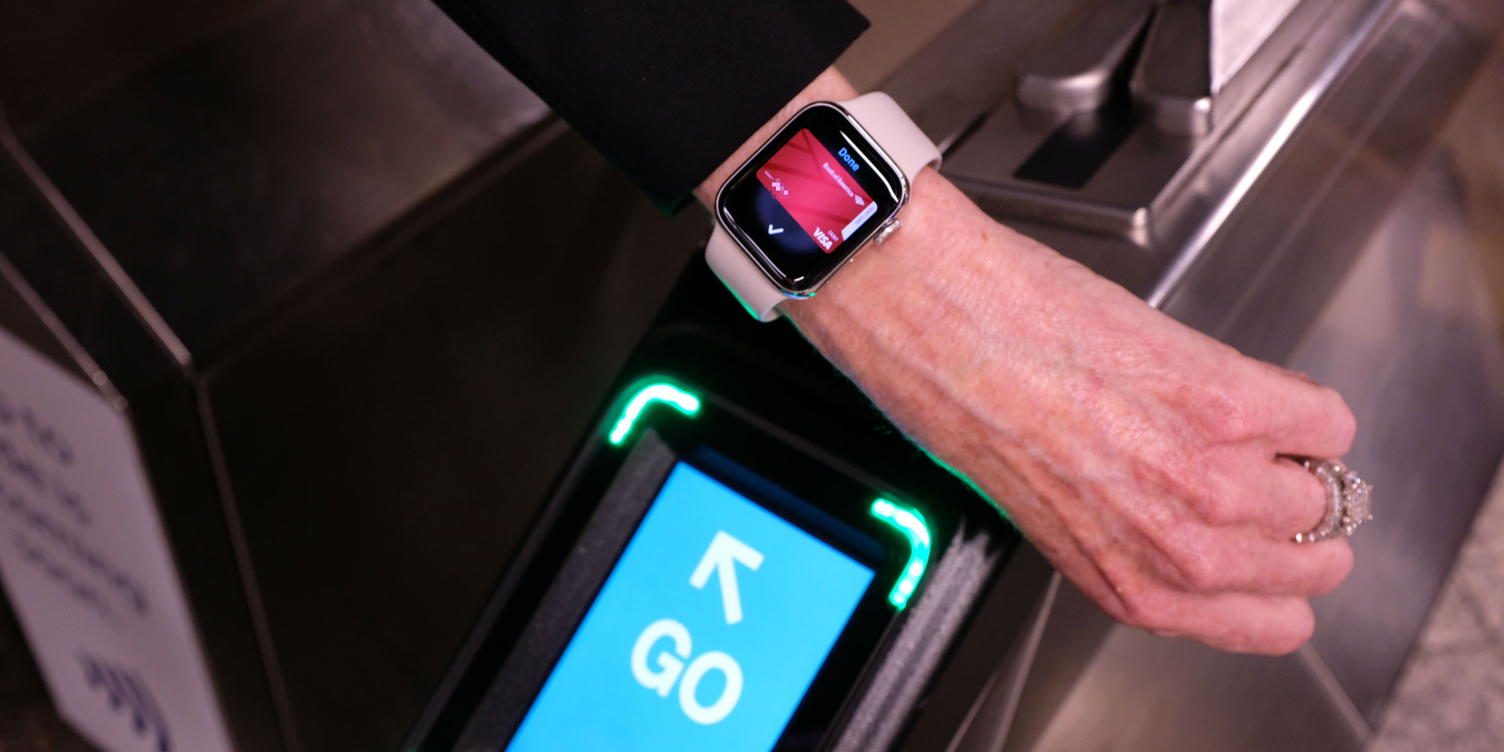 As we discussed earlier this month, iOS 12.3 expands the reach of Express Transit, allowing users to pay for public transit just by tapping their iPhone or Watch, no Face ID or Touch ID authentication required. This feature was only available for the Portland metro … until now.

Later this week, the New York City subway is adding Apple Pay with Express Transit for select lines (via TechCrunch). Travellers will be able to skip buying tickets and just walk up to a turnstile and tap their iPhone or Apple Watch to pay and go.


Express Transit enables users to complete Apple Pay transactions with even fewer steps, trading some security for a lot of convenience.

For example, a normal Apple Pay transaction on an iPhone X, XR, or XS requires the owner to double-click the side button to show the Apple Pay interface, look at the phone and wait for Face ID to authenticate, and then hold the iPhone near the merchant’s contactless reader to actually make the transaction take place.

If you elect to select a card to use with Express Transit, all of that rigmarole goes away. You don’t even need to double-click. Simply tap the phone to the contactless terminal at the Portland Metro or the NYC subway, and you’re done.

For Apple Watch, Express Transit means the user does not need to double-click the side button to begin the Apple Pay experience. Again, just hold the watch near the reader — that’s it.

For iPhone XS and iPhone XR, Express Transit cards can be used after your iPhone runs out of battery; there’s several hours of reserve power available just to complete an Apple Pay transaction.

As Express Transit removes the need for authentication, it means that if your phone is stolen, the thief could start riding the subway on your dime. This is the tradeoff. If your device is stolen, use the Find my iPhone tools as soon as possible to set your device to Lost Mode; this disconnects all associated Apple Pay cards on the device.

The New York City subway deployment is still in a testing phase. It only supports single-ride passes and is available at just sixteen stations, for the time being. Via TechCrunch:

Of course, that’s why this is still a kind of test period. At present, the system will be limited to the 4, 5, 6 line between Grand Central-42 Street in Manhattan and Atlantic Ave-Barclays Center in Brooklyn (16 stations in all), along with Staten Island buses. In the case of the 4, 5, 6, that’s almost certainly the most heavily trafficked stations on the most heavily trafficked subway line, so this will be an interesting sort of trial by fire.

Apple Pay will be rolled out to all subway lines and buses by the end of 2020.