Home General No, Apple is not getting rid of iMessage games
8081
SHARES
ShareTweet 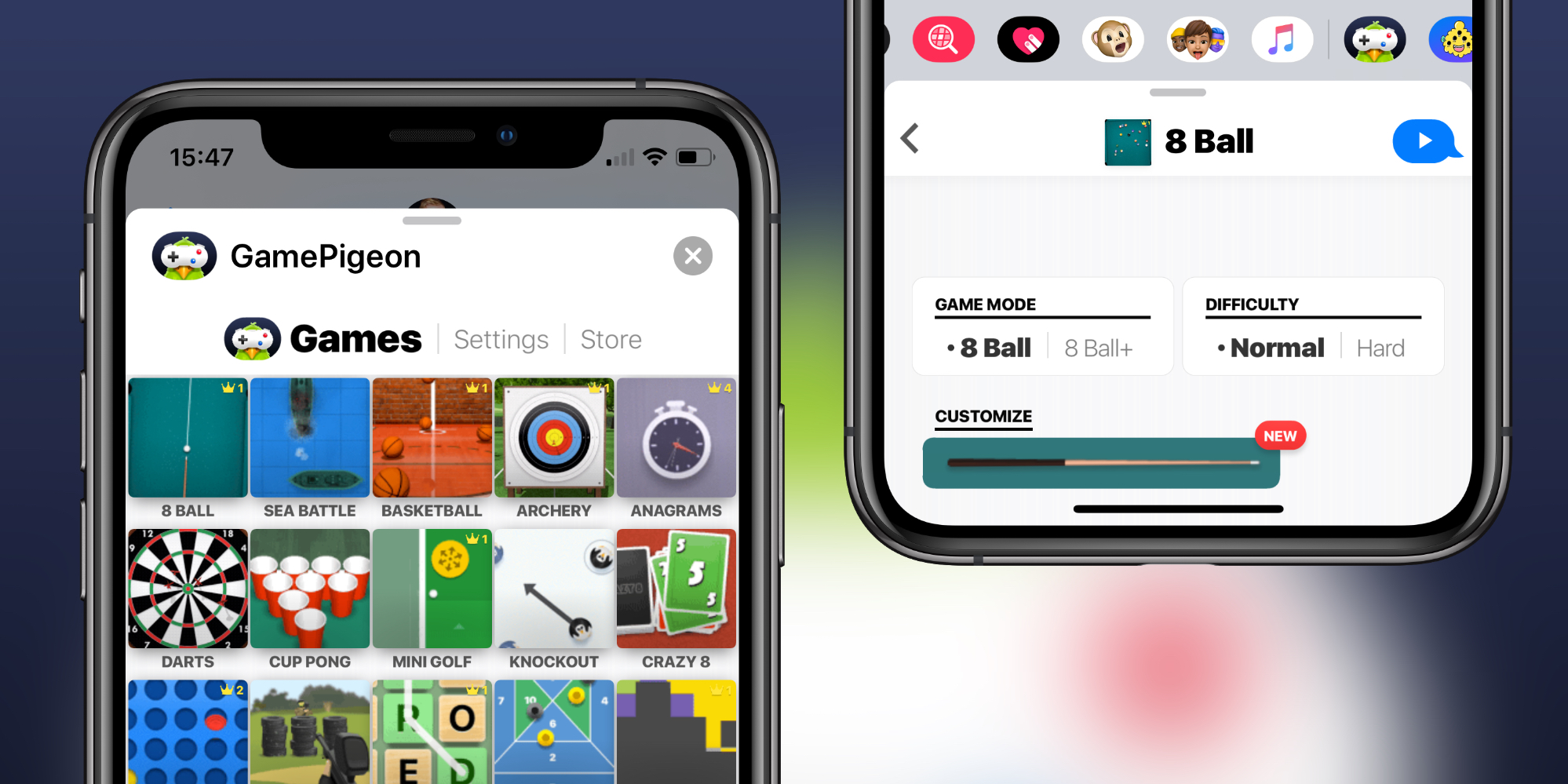 This is a strange story of the inexplicable nature of the viral Internet. This morning, the term ‘iMessage’ started trending on Twitter. Apparently, an unsubstantiated rumor is spreading that Apple is shutting down iMessage games, like the very popular GamePigeon iMessage app. We aren’t sure how this rumor got started… but we can confirm to people that Apple has made no such announcement that they are shutting down the iMessage App Store.

For the ‘uneducated’, GamePigeon is probably the most popular iMessage app and is what people mean when they refer to ‘iMessage games’. It’s an iMessage app that contains 20 different multiplayer games that can be played inside of iMessage. This includes hits like 8-ball pool, basketball, and even iMessage checkers and chess.

Just to reiterate, Apple has not said that they are shutting down the iMessage App Store in any way. GamePigeon has also made no announcement about any changes to the availability of its application, so as far as we can tell, this Twitter trend is completely false. iMessage apps and games continue to be supported, and continue to work, on iOS 13.

We have tried to trace down the rumor to an origin but there isn’t a clear starting point. A lot of people jumping on the iMessage keyword trend on Twitter are equally confused, simply asking ‘why is iMessage trending?’. The following is the tweet with the most engagement that is saying that iMessage games are going away, currently topping more than a 1000 retweets.

WHY IS APPLE GETTING RID OF IMESSAGE GAMES. THATS SO LAME HOW ELSE AM I GOING TO SHOOT MY SHOT #imessage

However, this tweet was only posted an hour or so ago and is not the origin of the trend. There are references to iMessage games going back about ten hours, some referring to a September 25 deadline for the iMessage games ‘going away’. As best as we can tell, a few people voiced their excitement for the upcoming mobile Mario Kart game and suggested they would stop playing the ‘iMessage games’ as a result.

Some other conspiracy theories make reference to the fact that Apple is launching a game subscription service soon, called Apple Arcade. The theory goes that Apple wants to convince people to sign up for Arcade so they are taking down other free iPhone gaming options. Again, this is completely fake and unsubstantiated.

they deleting it cause, they are bringing a bigger platform called “Arcade” in the app store, so no more use for imessage games #imessage

Twitter and social media is a funny thing. We’ve covered other popular social media Apple memes in the past like the hilarious ‘AirPods for Christmas’ jokes of the holiday season, but today’s iMessage games mini-phenomenon is another kind of stupid… because it’s completely made up.