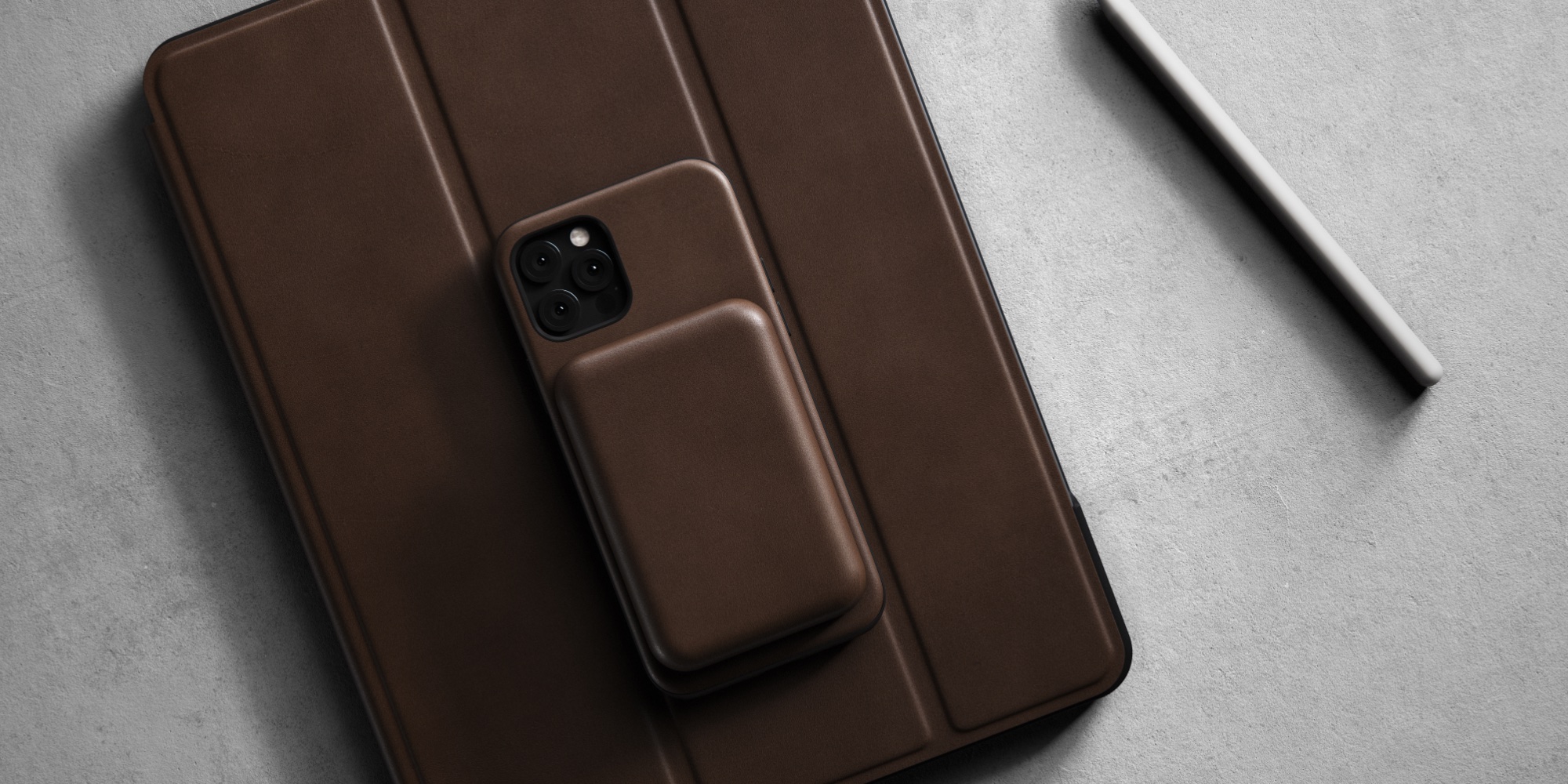 Today, Nomad is launching its latest Apple accessory, bringing its usual leather stylings and premium materials to the recently released MagSafe Battery Pack. Arriving with a Horween leather build, the new add-on aims to elevate the look of the accessory while also making it more comfortable to wield. Head below for all of the details on the new Nomad Leather MagSafe Battery Pack cover.

Nomad just recently debuted one of its more unique Apple accessories, bringing leather stylings to the official MagSafe cover with a novel cover. Now the brand is back, applying that same design and concept to the most recent iPhone 12 add-on to debut. Entering as the new MagSafe Battery Pack Leather Cover, we’re getting yet another way to outfit your Apple kit with a more stylish design.

Sticking to the same charm we’ve come to expect from Nomad, its latest accessory has a single focus and accomplishes it quite simply: cover your MagSafe Battery Pack with leather. Given that Apple’s new MagSafe Battery Pack has received some criticism for its reliance on a new soft-touch plastic rather than the expected silicone, Nomad’s leather cover seems to deliver a pretty compelling feature.

Alongside just bringing some added style into the mix, the softer leather will certainly make the accessory more comfortable to hold while you’re charging up an iPhone 12 with the portable battery. There’s also the fact that the Battery Pack only comes in white, which is a different shade than the other white tones Apple has used in the past.

Pre-order now ahead of a fall release

Now available for pre-order, the new Nomad MagSafe Battery Pack Leather Cover enters with a $34.95 price tag. Though anyone looking to lock in their purchase now can drop the price to $29.95. Shipping is slated for later this fall, on November 20.

The cases come in either Rustic Brown or Black finishes depending on which look is more your style. So while the Battery Pack may not match with other the color Apple accessories, the leather finishes here are the same as you’ll find on any other Nomad release.

One of the first things I thought of when Apple launched its recent MagSafe Battery was that it wouldn’t be long until Nomad debuted a new leather cover for it. And miraculously, it didn’t take too long after all. And now that it has actually been announced, it is exactly what I’d have expected from Nomad.

That being said, I can actually see this being a pretty popular accessory. The MagSafe Battery Pack Leather Cover looks to actually solve one of the issues that many are having with Apple’s latest accessory and does it in style thanks to the usual Nomad stylings. I’ll be excited to give it a shot when the case launches later this fall, as I am interested to see if the added bulk is a worthy trade-off for a more comfortable feel.