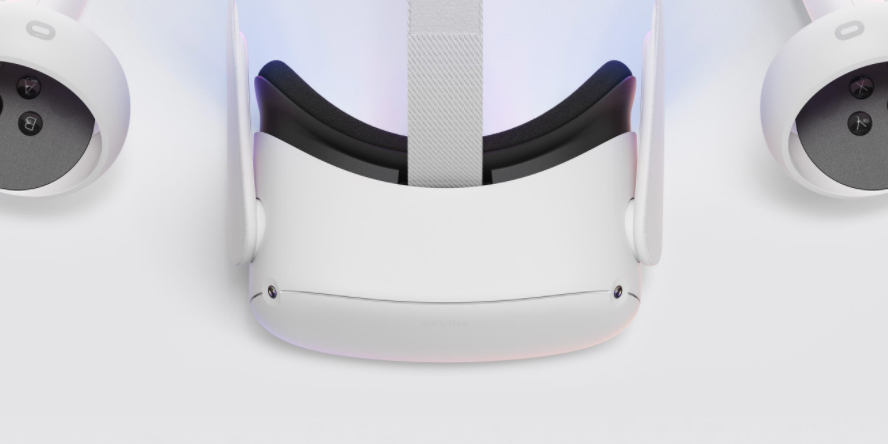 The second-generation of the Oculus Quest has just been announced starting at $299 with eyes on replacing both the original version and the PC-connected Rift S. Facebook is opening pre-orders today as it confirmed the specs of a product that have largely been leaked to the public in recent months. Today’s announcement brings many of those leaks to fruition alongside a lighter and slimmer version of the original. Oculus has managed to shave nearly 70 grams off with its new version, which is exciting when you consider that, you know, it’s worn on your face. You can find full details on the Oculus Quest 2 down below.

With a slimmer and lighter design, the Quest 2 arrives as one of Facebook’s most sleek VR kits to date. There’s a handful of upgrades that are designed to make the experience more comfortable for users, including the weight factor, alongside a resigned strap made of cloth as opposed to hard plastic.

Today’s announcement also delivers revamped internals, as well. It’s all centered around a Qualcomm Snapdragon XR2 chipset with upgraded RAM from 4GB to 6GB. The entry-level model arrives at $299 with 64GB of storage. However, the upgraded 256GB model is available at $399.

Inside is an upgraded display with the screen’s resolution coming in at 1832 x 1920 per eye. That’s up almost 20% from the previous-generation model. Refresh rates start at 72Hz, but a software update should bump that to 90Hz shortly after launch according to Oculus.

From the start, we wanted Quest 2 to help more people discover what VR has to offer. That’s why we redesigned the headset to achieve a slimmer profile, cutting over 10% of the weight from the original Quest so it’s more portable and easier to wear. We also know that adjustable IPD (interpupillary distance) is an important factor when considering VR headsets. Quest 2 includes a built-in IPD adjustment mechanism with three settings, letting people adjust lens position for visual comfort.

Oculus has long been the leader of the pack when it comes to virtual reality experiences. In recent months, as we’ve spent more time at home, the demand for this type of product has ramped up. However, the previous-generation model was getting a bit long in the tooth. Today’s announcement brings a number of upgrades that are worth your time if you’re into this sort of thing. You can pre-order the various models today direct from Oculus starting at $299 with availability to follow shortly after.