Home General On Apple’s 45th birthday, here are some of the most memorable moments...
14366
SHARES
ShareTweet 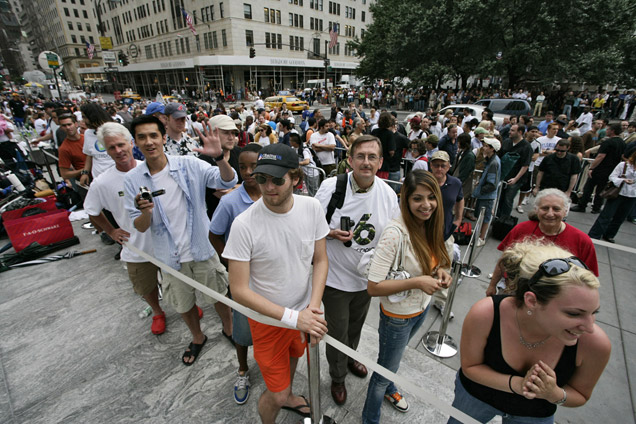 45 years ago today Steve Jobs, Steve Wozniak, and Ronald Wayne founded Apple Computer. Today it’s the most valuable brand on planet earth and is valued at more than two trillion dollars. It commands culture, cultivates creativity, and defies norms. It’s a company unlike any other. It’s easy to forget how we got here, so I periodically like to take a look back at Apple’s rollercoaster ride of a tapestry.

As a lifelong fan, Apple means the world to me. As a human being, it’s quite literally defined my life and the lives of billions of people. Apple enabled all of the companies that make the world go around. Usually, publications look back on product announcements that ended up changing the world. Instead, I wanted to spend some time looking back at special moments in Apple’s history that aren’t product announcements. From major events in the life of Steve Jobs to the most epic leaks, here are some insanely memorable moments in Apple history.

Today Apple has more than 500 stores all across the globe, but one store has always held a special place in our hearts. The Fifth Avenue Apple Store, often referred to as ‘The Cube’ has always been the most iconic of the bunch. It first opened its doors in Spring of 2006 to massive crowds that would keep coming back for every major subsequent product launch.

Steve Jobs himself was there with his wife Laurene and opened the doors for the very first customers. Also there was Ron Johnson, Apple’s head of retail at the time. That iconic photo of Steve looking up at the Apple logo you sometimes see, was taken on that day.

The Fifth Avenue Apple Store has been an important piece of Apple’s history. It’s Apple’s biggest landmark on the east coast and it’s a regular pilgrimage for Apple fans. Over the course of its almost 15 year life, it has been welcomed tens of millions of people. Apple loves to note that the store has welcomed more people annually than the Empire State Building or the Statue of Liberty.

May 30, 2007 | Steve Jobs & Bill Gates sit down with Walt Mossberg & Kara Swisher for a legendary interview

Walt Mossberg and Kara Swisher are well known for their legendary tech and business conferences All Things Digital and Code Conference. Steve Jobs was a regular guest at the conference back in the day, but in 2007 he sat down alongside Bill Gates with Walt and Kara to talk about their relationship and their two companies.