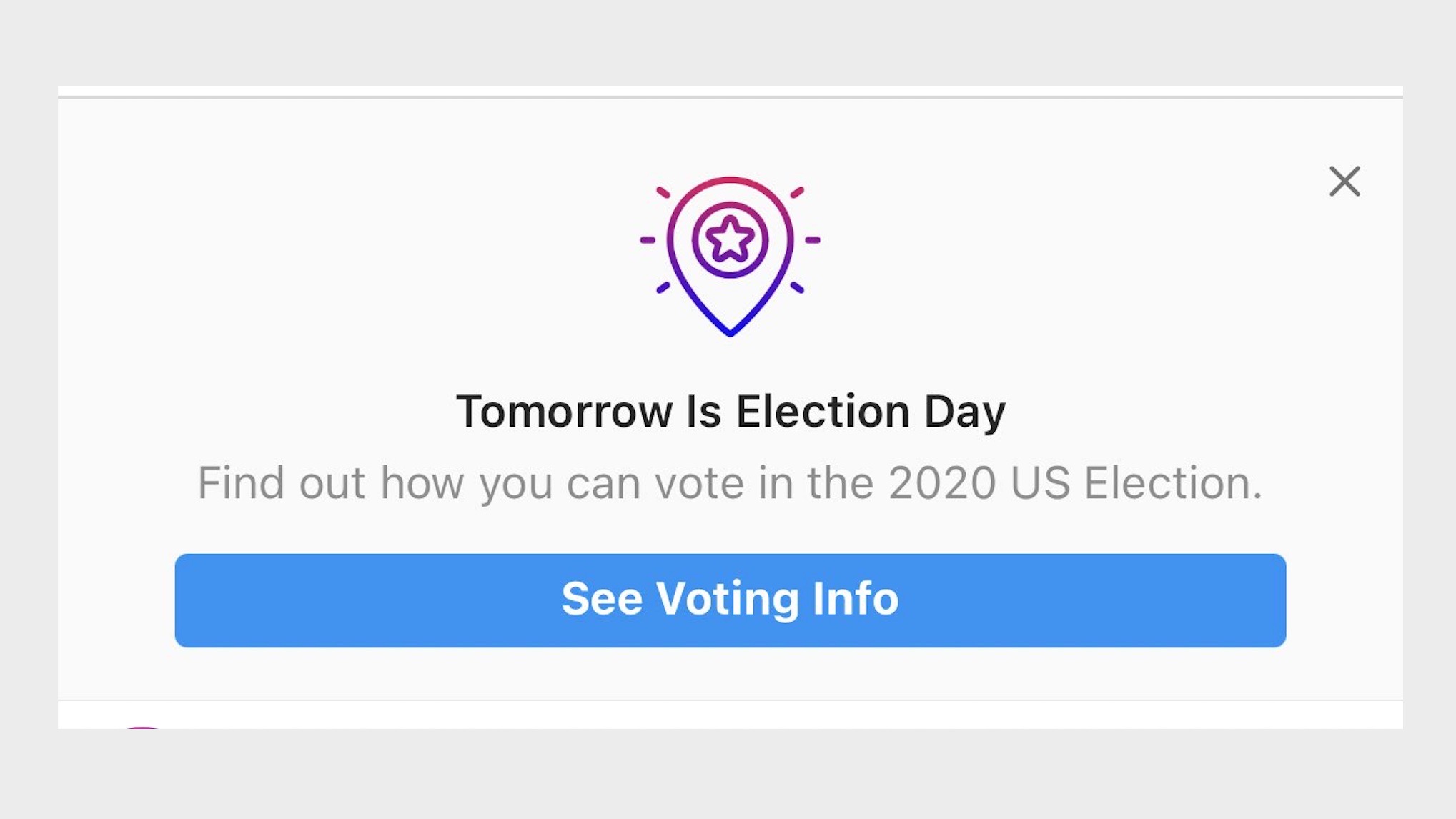 Today is Election Day in the United States, but some Instagram users are being told otherwise As reported by Protocol, Instagram is mistakenly still displaying a notification at the top of some users’ feeds that simply reads, “Tomorrow is Election Day.”

Instagram was inundated with complaints from users on Twitter, and the company responded by saying the “Tomorrow is Election Day” notification was cached for “some users” on Tuesday and that restarting the app should clear it:

While we turned off the “Tomorrow is Election Day” notice last night, it was cached for a small group of people if their app hadn’t been restarted. It’s resolving itself as people restart. Today, people will get “It’s the Last Day to Vote” at the top of feed.

Instagram spokesperson Raki Wane declined to say exactly how many people were affected by this caching issue, but Protocol anecdotally adds that some users were still seeing the “Tomorrow is Election Day” messages as late as 1:45 pm ET today.

Instagram says that all users should receive accurate information via their notification center soon.

Protocol also received a screenshot from a friend asking, “Why has Instagram been telling me all day so far that tomorrow is Election Day?!?” That screenshot was taken around 1:45 p.m. ET. Shortly after, Wane told Protocol, “Everyone should be receiving the accurate information shortly, as well as a notification in their notification center with accurate details.”

Ideally, this notification could have been refreshed as users refreshed their feeds and their stories carousel — thereby solving the alleged caching issue. Regardless, Instagram should have anticipated this issue form the start and worded the initial notification differently, or put better precautions in place.

And in case it’s not clear: today, November 3, is Election Day.