Home General Opinion: The flagship new iPhones were totally overshadowed by the Watch and...
13470
SHARES
ShareTweet 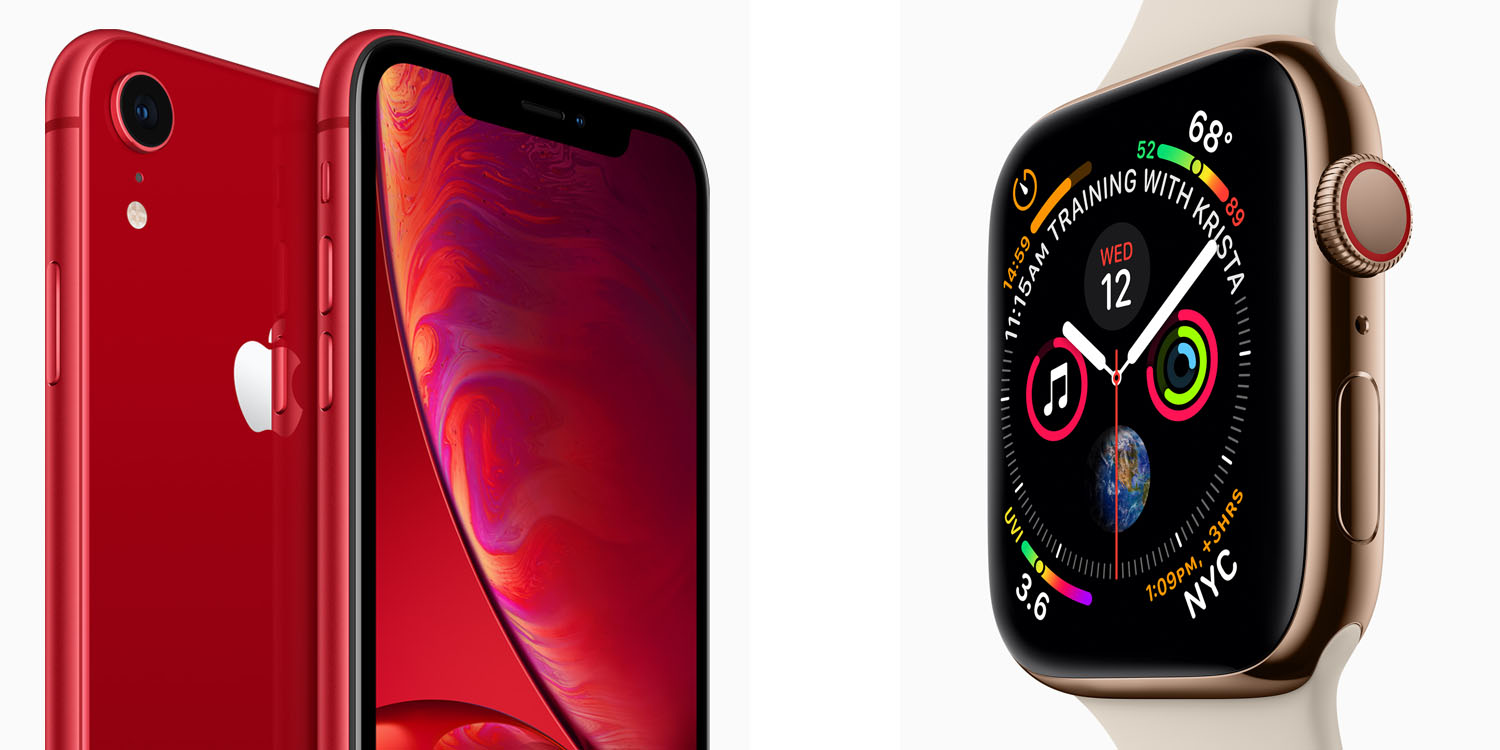 There’s usually one star of the show when it comes to September Apple events: that year’s flagship new iPhone models. That’s usually true even in S-model years.

But it wasn’t the case yesterday. The flagship new iPhones – the XS and the XS Max (I still can’t believe Apple chose that name) – were actually the least interesting things Apple presented …


Of course, we’re partly responsible for that. Our leaked images somewhat spoiled the reveal, but not dramatically so in the case of the iPhones. The iPhone XS, after all, doesn’t look notably different to the iPhone X. And the iPhone XS Max (I suppose I’ll get used to saying it eventually) is really just a bigger version. So the fact that we’d seen an image of them before didn’t have too great an impact.

Our leaked image of the Watch was a bigger deal, because it showed the larger display area, the thinner casing and a dramatic new watch face.

Then there was the sitemap leak. That revealed the other iPhone names, confirmed the 512GB storage, the Apple Watch sizes, the gold stainless steel casing option, and the colors of the iPhone XR.

So sure, Apple couldn’t rely on the element of surprise quite as much as it would have liked to – though it did still manage to keep some secrets, which I’ll come to in a moment.

Mostly the problem was that the iPhone XS and XS Max just … aren’t very interesting. I know it’s an S year, but even so. Even Apple seemed to know this, spending an inordinate amount of time talking about the chips in great detail. I mean, faster is nice, and all, but when you have to devote more time to silicon than S-model features, you know you’re in trouble.

Some Apple fans do upgrade their iPhones every year, while others hold out for the S-year on the basis that new features are more interesting than new designs. But while the iPhone X broke that pattern, I’m not sure many iPhone X owners will see any persuasive reason to upgrade this year.

That’s not to say there is nothing impressive about the achievements. Despite my boredom at the endless chip discussion, the performance improvements are impressive.

The next-generation Neural Engine is built for advanced machine learning in everything from photography to augmented reality. A new eight-core design allows it to complete up to 5 trillion operations per second compared to 600 billion in A11 Bionic. This enables new capabilities like faster plane detection for ARKit and new features that use real-time machine learning. For the first time the Neural Engine is open to Core ML, empowering developers to build apps that utilize this highly efficient machine learning engine. Core ML running on the A12 Bionic Neural Engine is up to nine times faster than on A11 Bionic, with as little as one-tenth the energy usage.

Impressive in the abstract. But how much difference they will make in real-life usage for most people is a different matter.

The display improvements are welcome, but again, I’m not sure they’ll be noticeable unless you put old and new models side by side. Louder speakers and wider stereo separation are nice to have, but again, not upgrade arguments.

But of the seven things to impress me in yesterday’s presentation, the iPhone XS/Max accounted for only two of them:

So let’s start with those new iPhone features.

IP68 waterproofing may be just an arcane spec to normals, but it will make a huge difference in real-life use. For the first time with an iPhone, you simply won’t have to worry about water damage in almost all everyday usage. Spilling a beverage on it, a waterlogged bag in the rain or even dropping it in a swimming pool should all now be non-events. The freedom from worry about that type of accident (writes the man who once killed an iPhone by spilling wine on it) is a real benefit.

The ability to effectively change the aperture of a photo after you’ve taken it has been a dream of photographers for a long time. With some types of fast-moving events, you’re not always going to have time to select the exact aperture you’d ideally have liked. I’m especially thinking of times when a kid or a pet is doing something cute, and you just about have time to grab the camera, frame, focus and shoot.

There’s an entire field of camera technology specifically geared to achieving this ability to shoot first, choose your aperture later: light field cameras. Being able to do this in any consumer-grade camera would be a notable achievement. Doing it in a smartphone is a stunning achievement.

Ok, so it’s faked – done in software rather than hardware. But that takes away nothing from the achievement. Computational photography has been working on this trick for a very long time – it’s what computer scientists like to call a non-trivial challenge – and Apple has now put it into an iPhone.

I’ll reserve judgement until we’ve had a chance to see how well it works in practice (I’ve previously discussed the limitations of the existing Portrait Mode), but if it works as well as Apple claims, this is a huge achievement.

But neither new feature is, for most people, enough reason to upgrade. And personally, I’m not even slightly tempted.

Let’s talk next about the product I am going to buy: the Apple Watch Series 4. This had three features to impress me:

Even ahead of the presentation, I felt that the first two of these features were likely to sell me on an upgrade.

A 15% increase in screen size is pretty significant. I found that the difference in screen size between the 9.7-inch and 10.5-inch iPad made a surprisingly big difference to the experience, so it’s entirely possible that the same might be true here.

[The new Watch may offer] more complications. If it did that, I’d be sold straight away.

It does, and I am. I’ll see how it looks in the metal and glass, but I’m already convinced I want this. So much so that I’m going to pre-order it first, go look at one in an Apple store later.

If you look at the way the four corner complications form parts of an ‘outer circle,’ the brain fills in the gaps. We mentally extend those curves into a full circle, a circle which would extend beyond even the larger display area, all the way to the very sides of the Watch. Apple has created the optical illusion not just of slim bezels, but no side bezels at all. I take my hat off to Jony Ive for that one.

And finally there’s the ECG functionality. AliveCor takes issue with Apple’s claim that this is the first FDA-approved over-the-counter ECG device, pointing out that its KardiaBand won that accolade. But, all the same, squeezing this advanced functionality into the Watch with minimal extra hardware – just a touch sensor on the Digital Crown – is an incredible achievement.

Like the original heart sensor, this is undoubtedly going to save lives.

Finally we come to what should have been the least-interesting iPhone, but is actually the most interesting: the iPhone XR.

I’ll briefly mention the second of these first. As with the XS/Max computational photography trick of a variable depth of field after a shot has been taken, achieving pseudo shallow DOF with a single camera is again a really incredible feat.

But more than the technical achievement, Portrait Mode has been an incredibly appealing feature to iPhone buyers, so including it in the iPhone XR provides a really strong selling-point.

And that brings me back to the broader point about the design/price/feature intersection of the iPhone XR.

Sure, the XR isn’t the cheapest iPhone in the line-up – that’s now the iPhone 7 at $449. But to offer something very close to the iPhone X/XS/Max form factor at a $749 price point is huge. And the near-bezel-free design also meant including the headline feature of last year’s flagship iPhone: Face ID. Throwing in Portrait Mode means you can now buy an iPhone that gets most non-technical customers the flagship design and features they want at 75% of the price of the iPhone XS.

And as the icing on the cake, you get some great new colors.

The iPhone XR is going to absolutely fly off the shelves. So much so, I think it will cannibalise iPhone XS sales to a significant degree. But as Apple has often said, if the company is unwilling to cannibalise its own products, someone else will.

Maybe the average selling price will slip – though having a $1500 iPhone in the line-up has to offer some degree of protection – but I don’t think Apple will care. Volume sales on what is, I suspect, still a very profitable model are going to have the Cupertino company swimming in even more cash than it is now.

So that’s my view. When it came to the flagship iPhones, this was the most boring presentation I can remember for a long time. Overly focused on the chips, and repetitive to boot.

But I remain of the view that the Apple Watch Series 4 is a game-changer. And the iPhone XR is a product that is going to be selling as many as Apple can make for some considerable time. I think it could easily end up being Apple’s most popular iPhone ever.

What are your own thoughts on the event? Please share them in the comments.