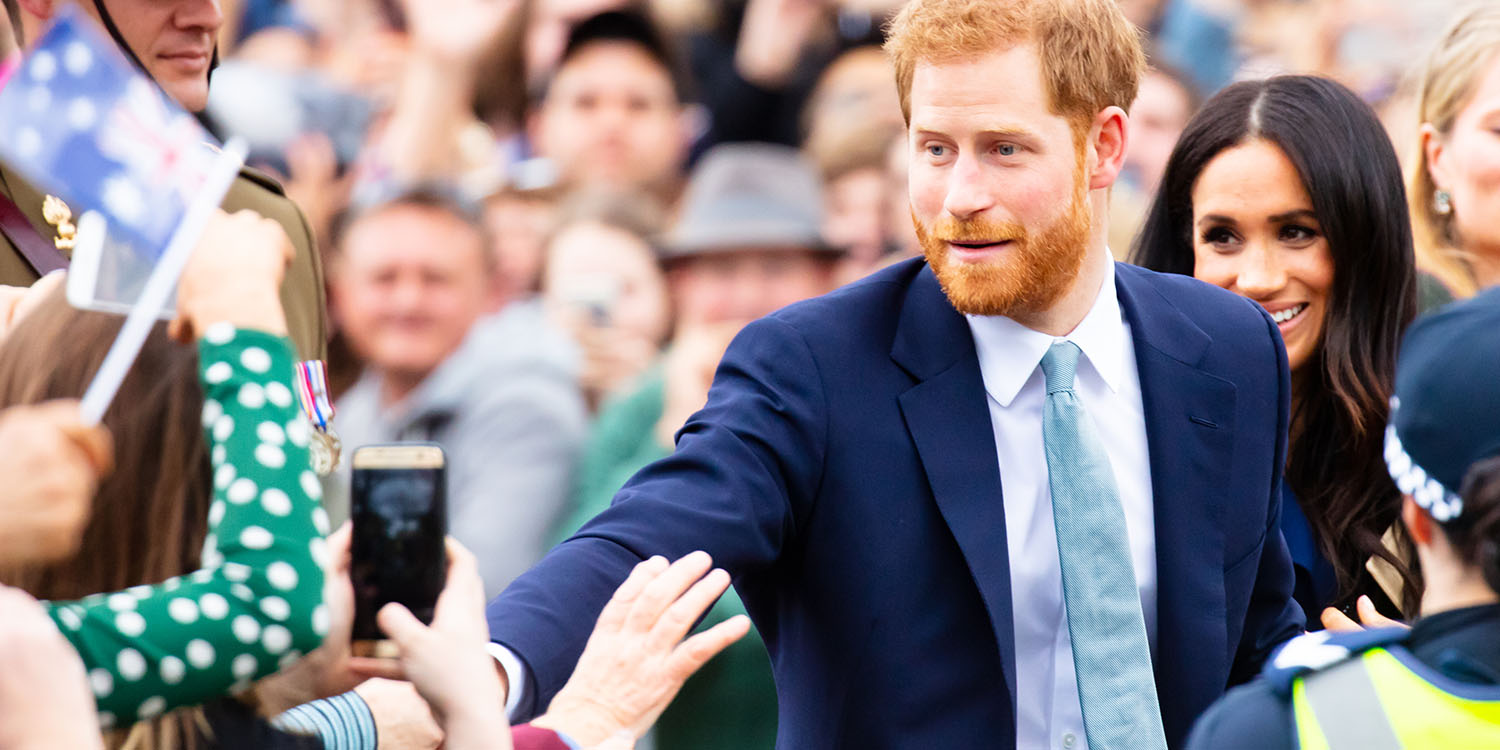 A new report says that the idea for Oprah Winfrey’s Apple TV+ show focusing on mental health came from a conversation with Britain’s Prince Harry, aka The Duke of Sussex, and that the Duke is heavily involved.

When [Prince Harry] met Oprah Winfrey, and realised their shared passion for mental health, the idea for the series was born. And he has been hands on ever since, with the Duke hosting numerous meetings in London with Oprah, and helping to select the creative team behind it …

The Telegraph spoke with Prince Harry.

The thing that is occupying much of Prince Harry’s headspace right now is mental health. His own, of course, but also everybody else’s, and how much better life is when you look after it.  It is the narrative that runs through absolutely everything he does, a subject he is so passionate about that he is currently working on a groundbreaking new documentary series on it with Oprah Winfrey, details of which the Telegraph is able to reveal today.

The series will focus on breaking down the stigma and shame surrounding mental illness – showing examples of the “human spirit fighting back from the darkest places,” as the Duke puts it. Alongside Oprah, he is co-creator and co-executive producer on the venture, which will launch on the new Apple TV+ streaming service next year.

Prince Harry believes the show could save lives.

It is a matter of great importance to the Duke that he gets this right – that the series is meticulously researched and based in fact and evidence, as well as being human and relatable, too.  “When I did your podcast two years ago,” he tells me, “the response made me realise what an impact sharing my story could have, and what an impact other stories can have for so many who are suffering silently. If the viewers can relate to the pain and perhaps the experience, then it could save lives, as we will focus on prevention and positive outcomes.”

The Duke said that he and Oprah both felt a huge responsibility to ‘get this right,’ so the show has an advisory board of mental health professionals.

It’s a topic close to Prince Harry’s heart. He revealed back in 2017 how close he came to a breakdown after the death of his mother.

Two years on from the podcast we recorded together, it is easy to forget how genuinely groundbreaking his admission of being close to a “complete breakdown” was. As part of a family that had long reigned with a stiff upper lip, his openness was a watershed moment and gave many people – and in particular, young men – permission  to say the previously unsayable.

We first learned of the mental health focus of Oprah Winfrey’s Apple TV+ show in April of this year. It was announced back in 2018 that Apple had struck a multi-year original content deal with Oprah back in 2018, but no details were known at that time.

Apple TV+ launches on November 1 for $4.99/month, with a one-year free trial for anyone buying a new iPhone, iPad, Apple TV or Mac.