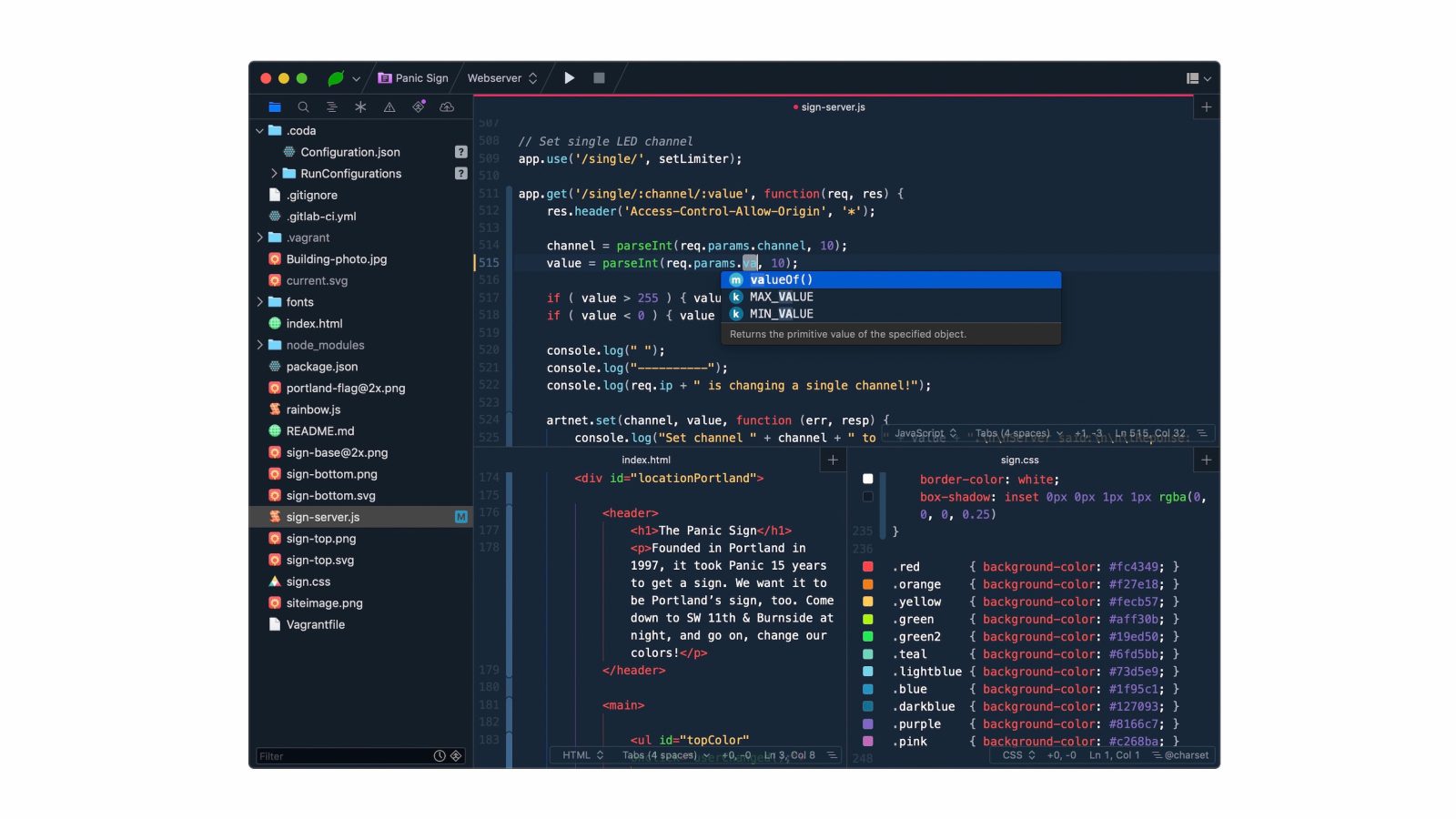 The developers at Panic today revealed some major changes coming soon to its web development offerings. The company says that later this year, it will release a completely new web development application as a successor to Coda, which was originally released 12 years ago.

In a blog post, Panic explained that the web has changed a lot since the introduction of Coda. With this in mind, it had to decide whether to rewrite Coda for the new age of web development, or create something completely new. It ultimately decided to do the latter.

Panic touts that its new web development editor will feature “modern editor features” such as multiple cursors, highlighting for identifiers, tag pairs, editor over scroll, and more. Other enhancements include themes for your workspace, a new Terminal, and publishing to multiple locations.

The new web development editor from Panic will also be native to the Mac and “up to 40 times faster” than Coda 2 when parsing files and indexing a project.

There are also features Panic isn’t read to talk about:

Most intriguingly, there’s still a lot we’re not quite ready to talk about — innovative new ways that our next editor can help you with your entire web development workflow.

However, some features from Coda 2 won’t be available in the new web editor. Specifically, this includes the MySQL client and support for visual CSS editing. There will also be a learning curve when it comes to using the new interface:

It’s not all great news. Our next editor will be entirely redesigned, which for Coda 2 users means some re-learning of how the app works. It was important for us to make it fast, modern, free of bloat, and out-of-your-way so you can work quickly. That meant totally starting over.

As far naming goes, the new web editor won’t be called Coda – that name is now being used over at Coda.io – but Panic doesn’t know what its new app will be called. A public beta version of Panic’s unnamed web development editor will be available later this year. In the meantime, you can sign up “to be the first to know more” via the Panic website.