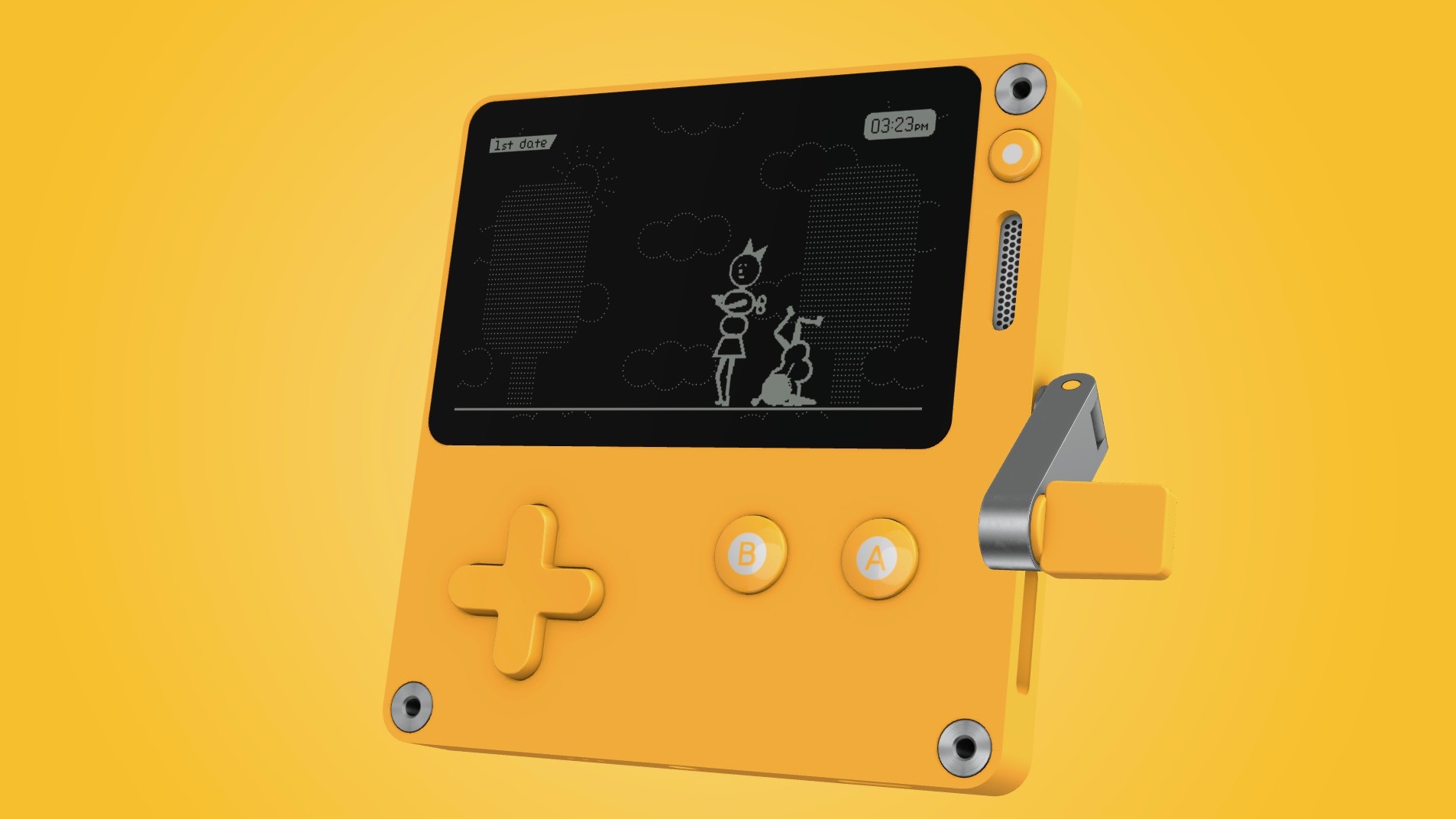 Panic, the company behind a handful of popular developer applications and the hit indie game Firewatch, has announced its foray into hardware. The company today unveiled the Playdate, a handheld gaming device that’s barely bigger than the iPhone.

As detailed by MacStories, the Playdate measures in at 74mm  ×  76mm  ×  9mm, which is slightly thicker than the iPhone XS. In terms of controls and connectivity, you get a D-pad, A and B buttons, a pause button, a USB-C port, WiFi, a headphone jack, speaker, and Bluetooth.

There’s also a crank built-in to right-hand side of the device. The crank isn’t used for charging, but rather for game control. One of the demonstrations on Panic’s website shows the crank being used to move a character forwards and backwards in time in the game “Crankin’s Time Travel Adventure.”

One of the uniquest things about Playdate is its display. It’s a 2.7-inch black and white display with a resolution of 400 x 240. This should give it incredible battery life in comparison to other handheld gaming device’s.

Panic, however, isn’t necessarily looking to compete with other handheld gaming devices like the Nintendo Switch. As MacStories explains:

The Playdate’s hardware is not like anything currently available on the market, and Panic says the device isn’t meant to compete with other handheld systems either. Instead, the goal is to complement existing systems for those times in between using other devices when you want to play a game.

Another unique selling point of the Playdate is how Panic plans to distribute games. Panic has lined up indie developers such as Keita Takahashi, Zach Gage, Bennett Foddy, and Shaun Inman for the Playdate.

At launch, Panic will release a total of 12 games for the Playdate at no extra-charge. These 12 games will be released weekly to the Playdate, delivered over WiFi to all devices. These games are what Panic is referring to as “season” one of titles.

This is an interesting approach to game releases, especially with the focus on indie developers. It’ll be interesting to see the array of games developers create to take advantage of the Playdate’s unique form factor and input options.

The Panic Playdate will be released in early 2020 in limited supplies for $149. Orders will be delivered on a first-come-first-serve basis. You can join the waiting list on the Playdate website to be one of the first to receive a the unique handheld console starting early next year.