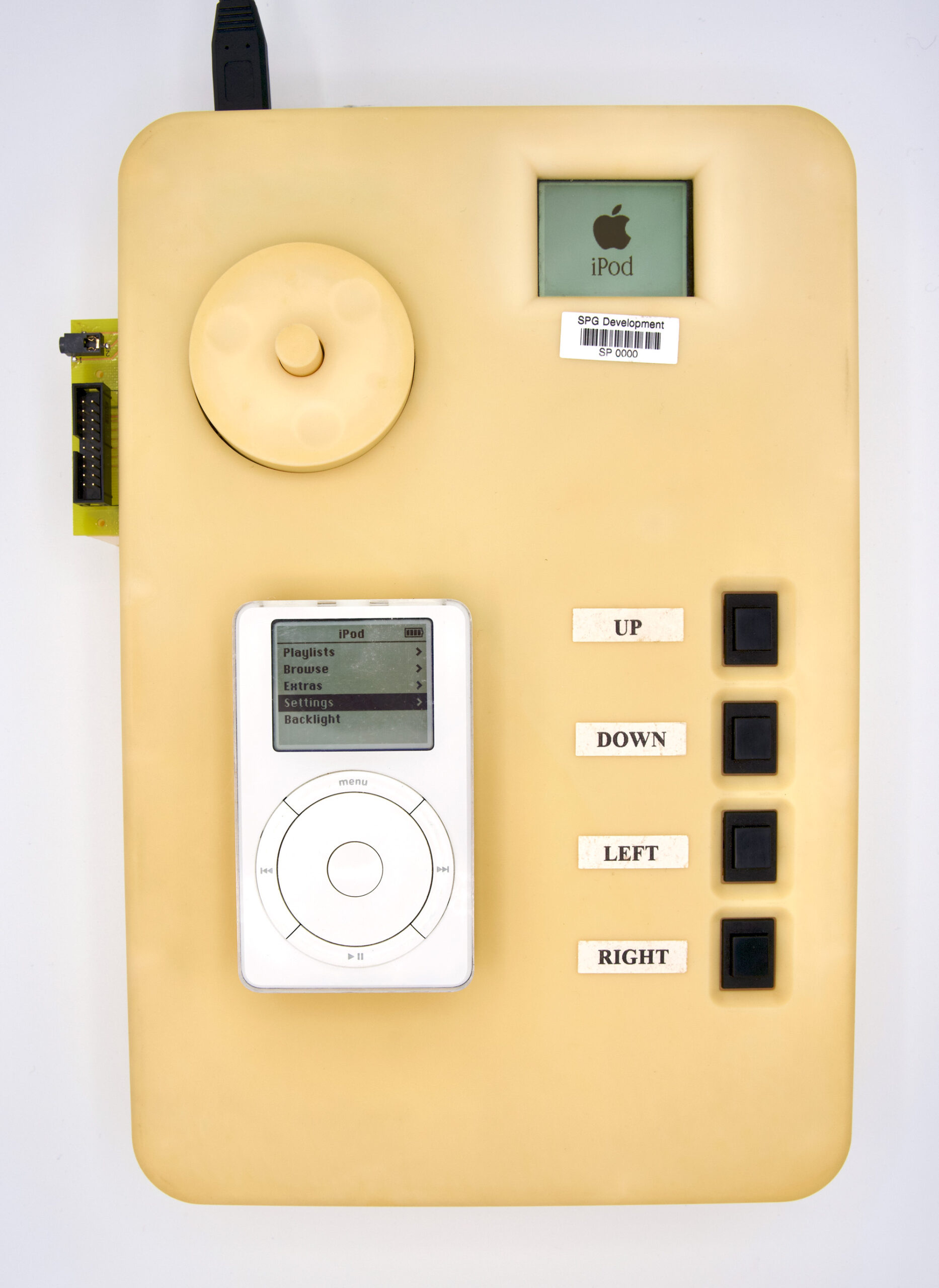 Cabel Sasser from Panic has shared an exclusive look at an extremely early iPod prototype that I’d reckon you’ve never seen before. The rare prototype is yellow and fairly large compared to the shipping version of the original iPod, despite it being from late in the product’s development cycle. Cabel says that this iPod prototype is dated September 3, 2001.

The prototype is running the iPod’s signature software and even features a small scroll wheel int he top left corner next to the display. There are several tactile buttons arranged vertically on the right side of the device.

It features the same ports that shipped on the original iPod including FireWire and a standard headphone port. The display is extremely small when compared to the rest of the yellow casing but it appears to be comparable to that of the iPod itself.

Panic has been holding onto this iPod prototype for a long time and they’re finally sharing it with the world on the iPod’s 20th anniversary. Cabel says they have no idea where they acquired the prototype but it sure is a special piece of Apple history I’d hold onto for dear life.

You can read more about the iPod prototype on the Panic blog here and take a walk down memory lane with our iPod retrospective here.