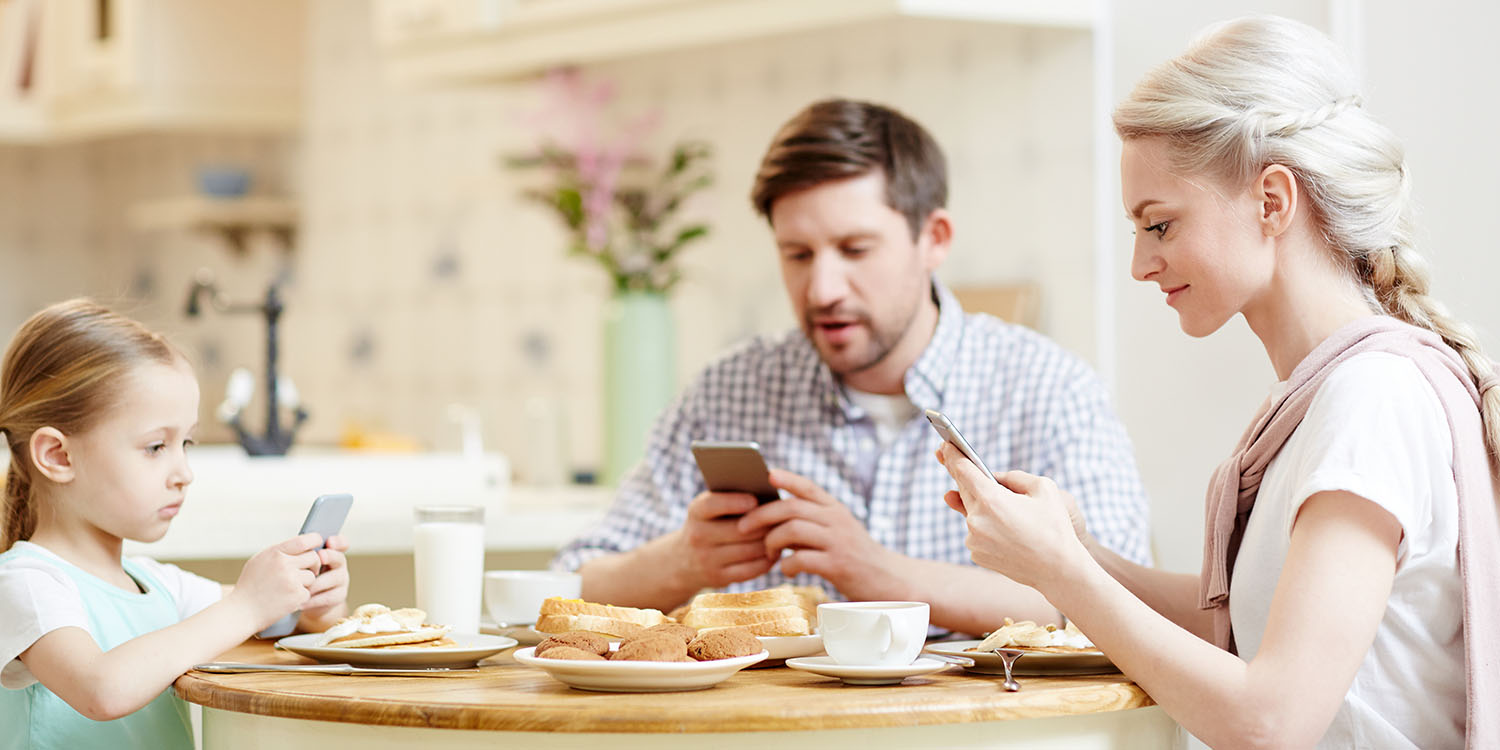 The majority of parents now feel they spend too much time on their mobile devices, and more than a third of teens agree with them …

The findings from a survey of 1,000 parents and their teenagers are reported in The New Normal: Parents, Teens, Screens, and Sleep in the United States.

More kids wish their parent would get off their device: There has been an 11-point increase in the number of children who think their parent spends too much time on their device (28% in 2016 vs. 39% today) […]

Teens are less concerned about their own use, but parents disagree.

Parents were very concerned about their children’s mobile device usage, with 68% saying that their teen used their mobile device too much.

There is some good news in the report. Parents say they argue less with their kids about mobile device use, and the majority of parents and teens alike say that mobile device use hasn’t negatively impacted their relationship.

Sleeping with a phone next to the bed may not be a great plan, however. More than a third of parents and a quarter of teens wake and use their smartphone in the night, with notifications the main reason for this, and checking social media another big factor.

A report last year found that the majority of teens now prefer text messaging to face-to-face conversations. Both reports were written by Common Sense Media, a non-profit geared to improving the lives of kids and families.