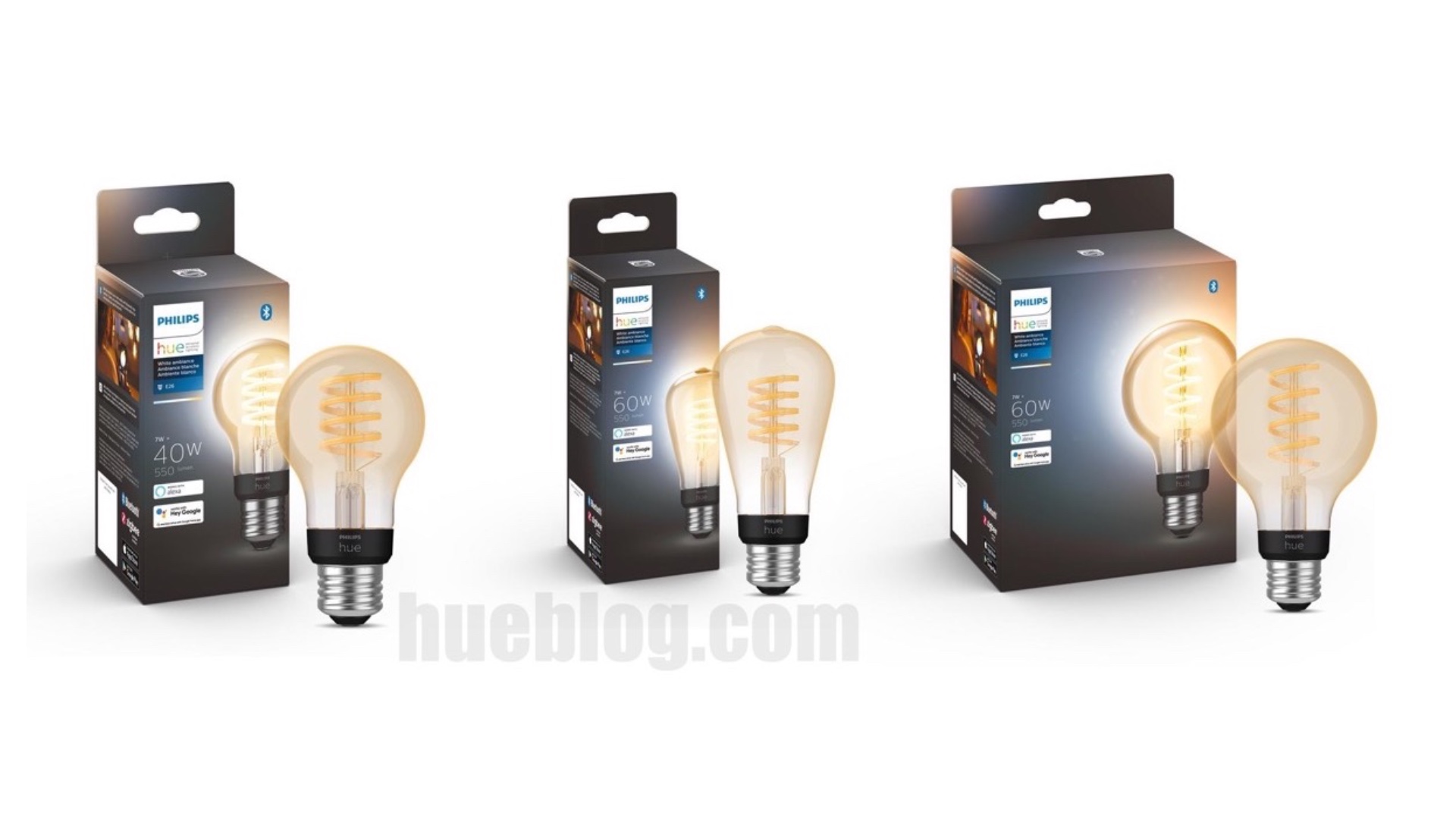 New Philips Hue bulbs are expected to launch around September. They will be brighter, offer new options, and likely will be part of the new project MATTER, which must be compatible with Amazon’s Alexa Smart Home, Apple’s HomeKit, and Google’s Weave protocols.

According to the Hue Blog, Philips Hue is working on brighter light sources. Instead of the usual 806 lumens, the next generation will feature 1,100 lumens. A larger lamp is also in the works with up to 1,600 lumens, which the blog says will be available not only as Hue White but also as Hue White Ambiance and Hue White and Color Ambiance.

Philips Hue is also set to expand its filament range:

“The E27 lamps in the filament shapes Standard, Edison and Globe will soon also be available as White Ambiance. Similar to third-party suppliers, Philips Hue will install two filaments with warm white and cool white LEDs to adjust the color temperature. The maximum brightness is 550 lumens.“

Hue Blog also says Philips Hue will introduce its smallest filament lamp, which will have an E14 base for the European region. “At the start, however, only dimmable white technology with a fixed color temperature will be used.”

The blog teases that Philips Hue must have a few secrets on its sleeve. New Hue products with Gradient technology are likely to be introduced as well. This technology has only been used in the Gradient Lightstrip and enables the simultaneous output of several colors.

All of these products will be announced closer to the iPhone 13 launch, which is expected to happen around the middle of September. As Apple focused a lot on in-home tech during WWDC21, it wouldn’t come as a surprise if the company talks about Siri integration with these Philips Hue bulbs.

Here’s everything you need to know about the new iPhone 13 in our guide.