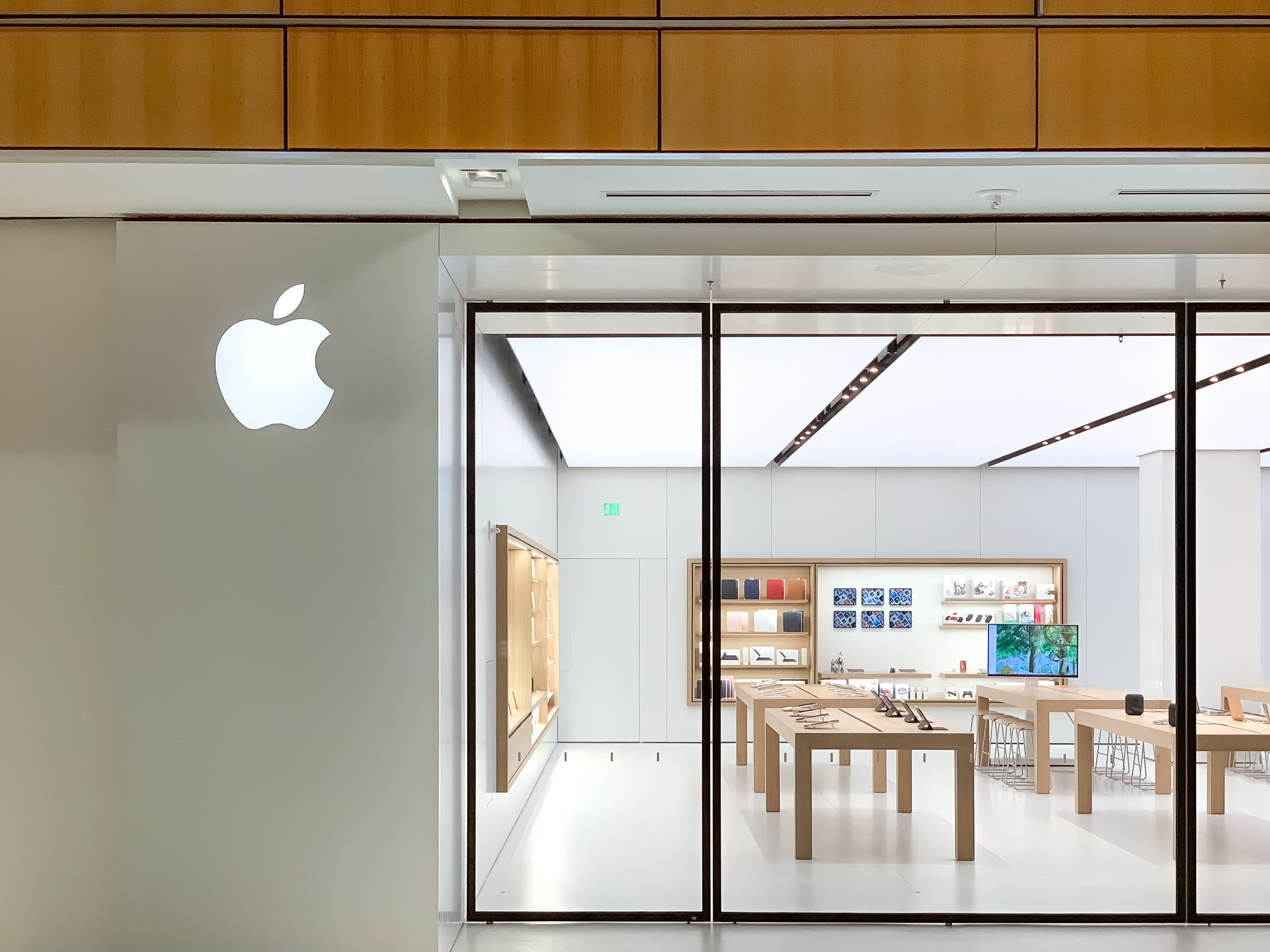 Apple’s latest retail store opened today. No, it’s not in the heart of a historic Italian plaza or nestled among a bamboo forest in Macau. It’s in Dallas, Texas, just steps from Interstate 635 and a 15 minute drive from downtown when traffic is clear. But with a history unlike any of the other 503 stores Apple operates worldwide, Apple Galleria Dallas is unique in its own way.

Galleria Dallas is a monolithic indoor shopping mall set amid the sprawl of northern Dallas. The postmodern exterior of the 1982 complex does little to indicate the iconic ice skating rink centered under a glass dome at the heart of the mall. One floor above the rink level, Apple has combined three separate tenant spaces to create one wide storefront consistent with the style of its other contemporary indoor mall locations across the U.S.

Bordered to the left and right by a Martin Lawrence art gallery and Michael Kors, Apple’s Galleria Dallas store will feel familiar to anyone who visited the now closed Willow Bend location 7 miles to the north in Plano. A tried-and-true combination of terrazzo flooring, polished walls, and a lightbox ceiling have been assembled behind black-framed pivot doors. Inside, a video wall and Forum for Today at Apple sessions is centered on the store’s wide back wall. There’s nothing out of the ordinary here, and that’s what makes the store so interesting. 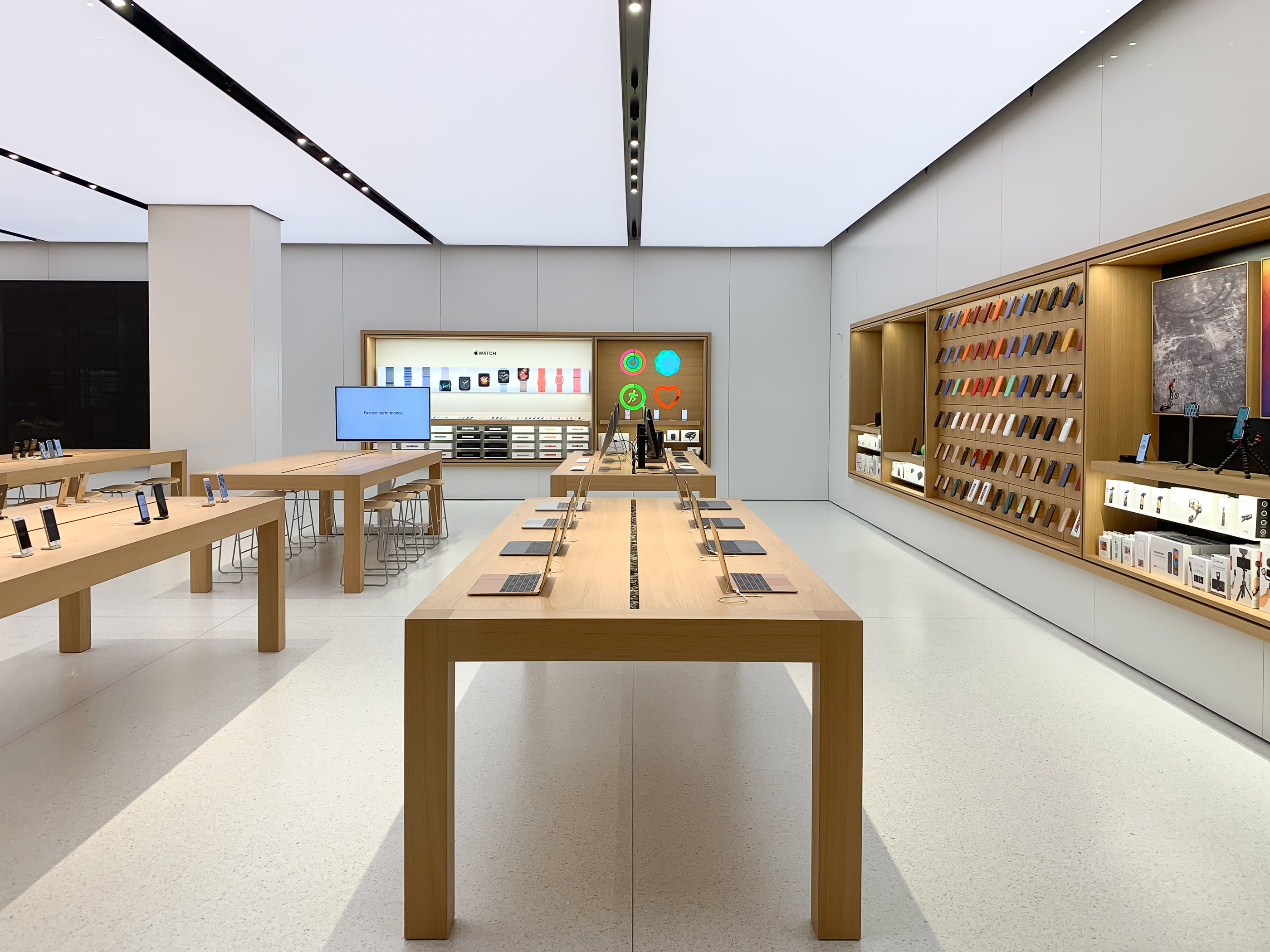 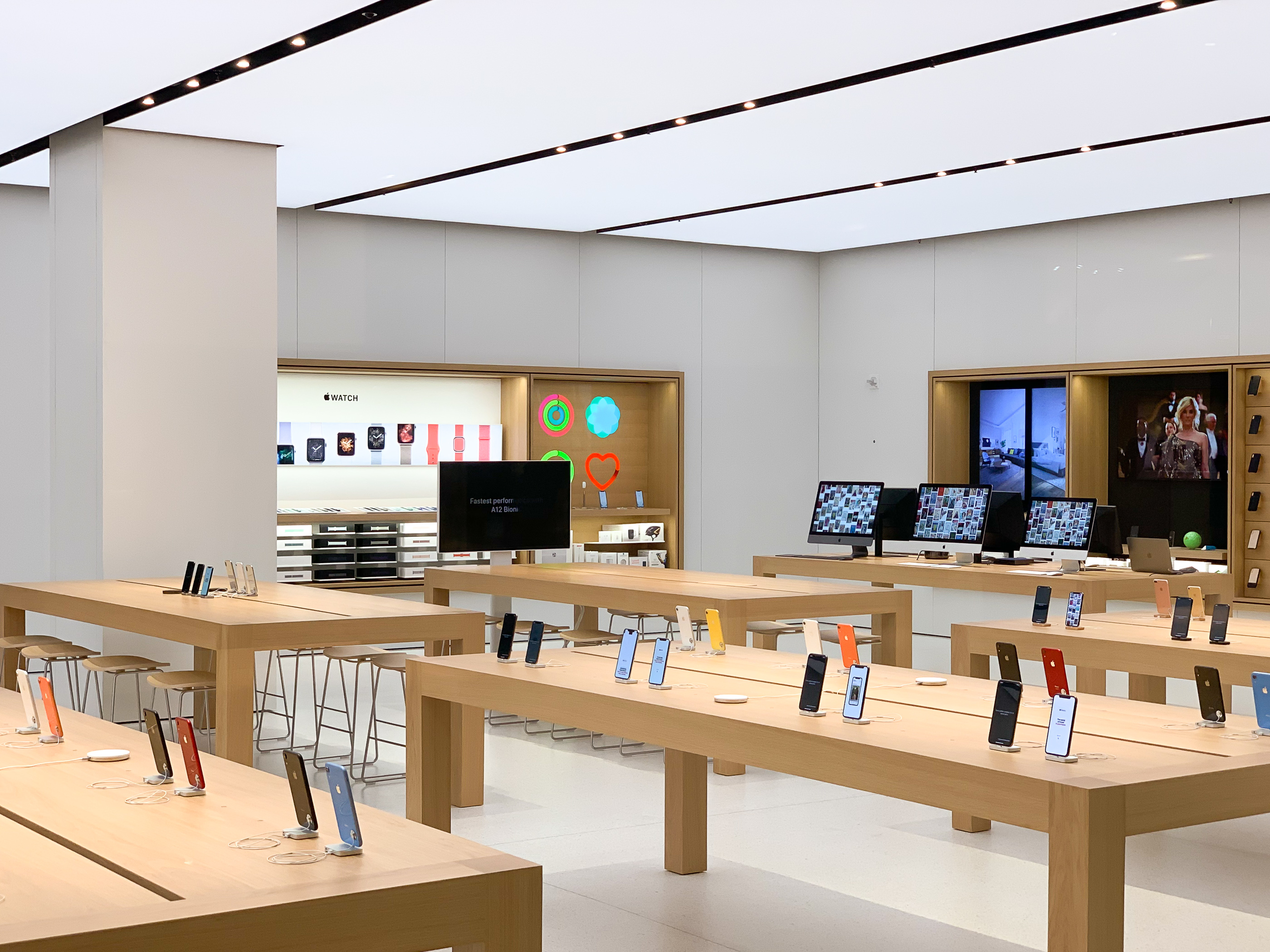 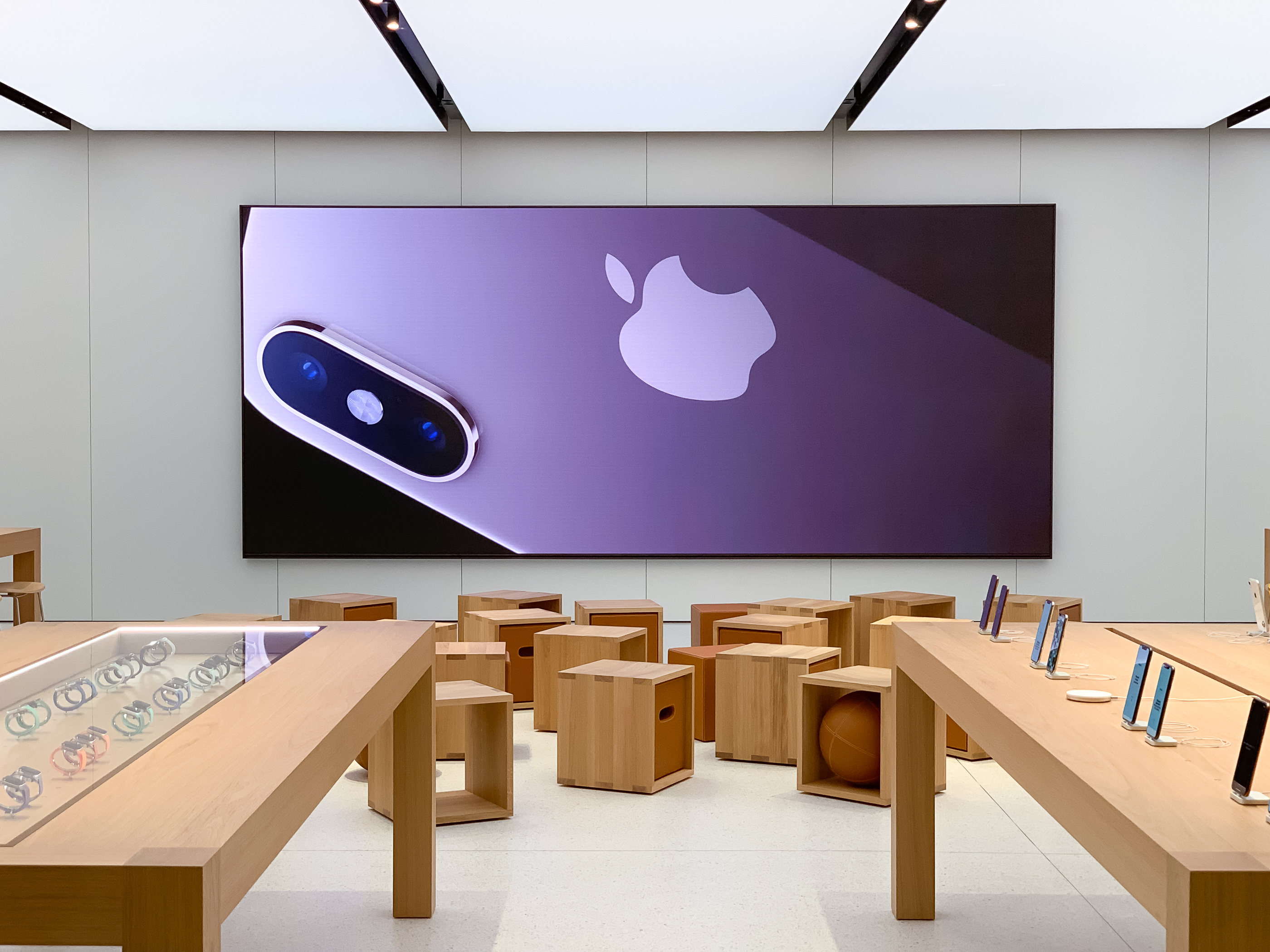 Last year, Apple opened 9 entirely new store locations across the world. The last store to open in the United States that wasn’t a remodel or relocation of an existing store was Apple Downtown Brooklyn in December 2017. These stores all have a few things in common: outdoor access, close proximity to city centers, and unique architecture. Leading up to opening day, no creative art campaign was produced for Galleria Dallas. Illustrated banners didn’t cover the store’s temporary facade. The store’s opening was announced only through a silent update to Apple’s retail website and signs in the mall. 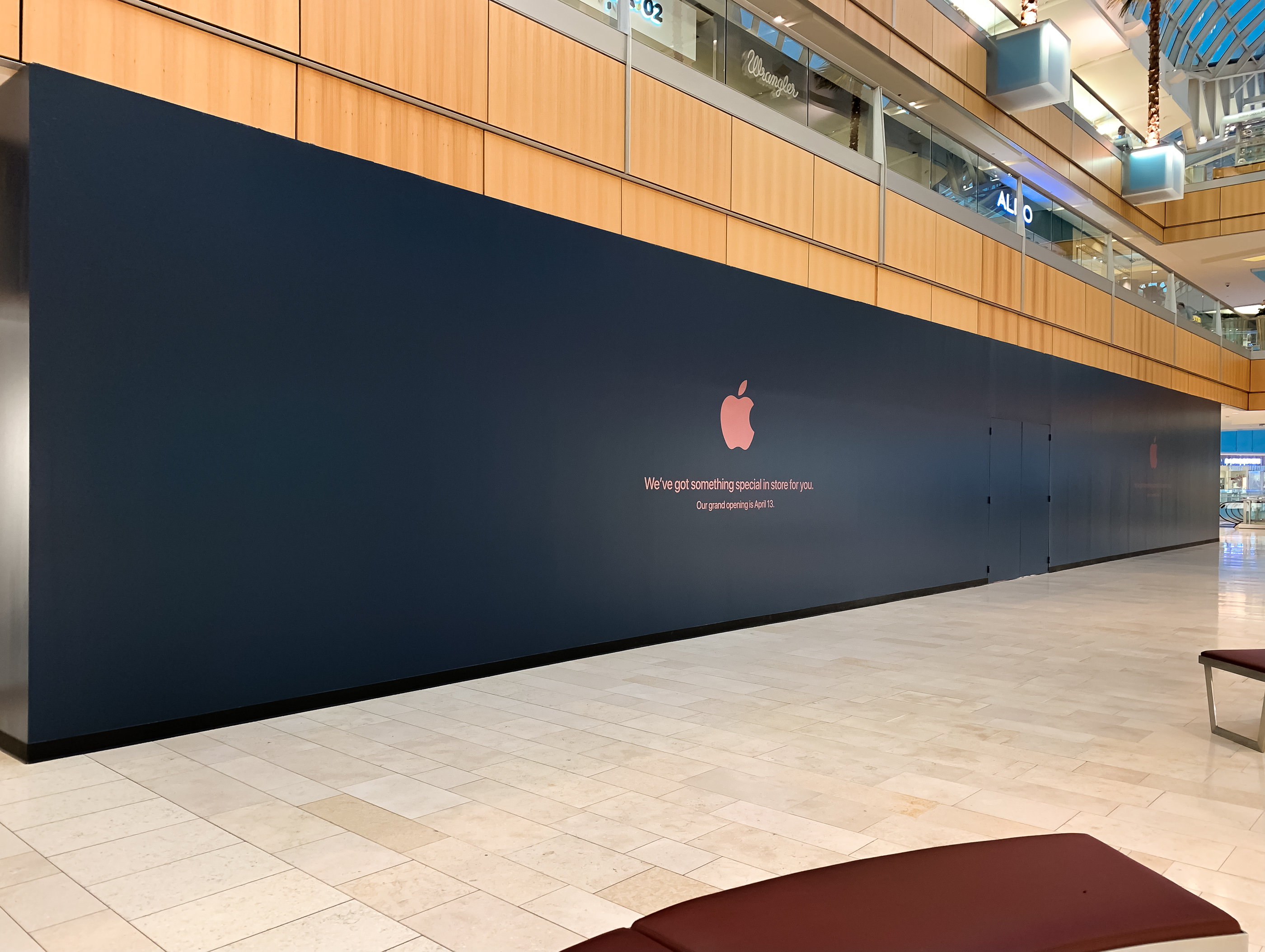 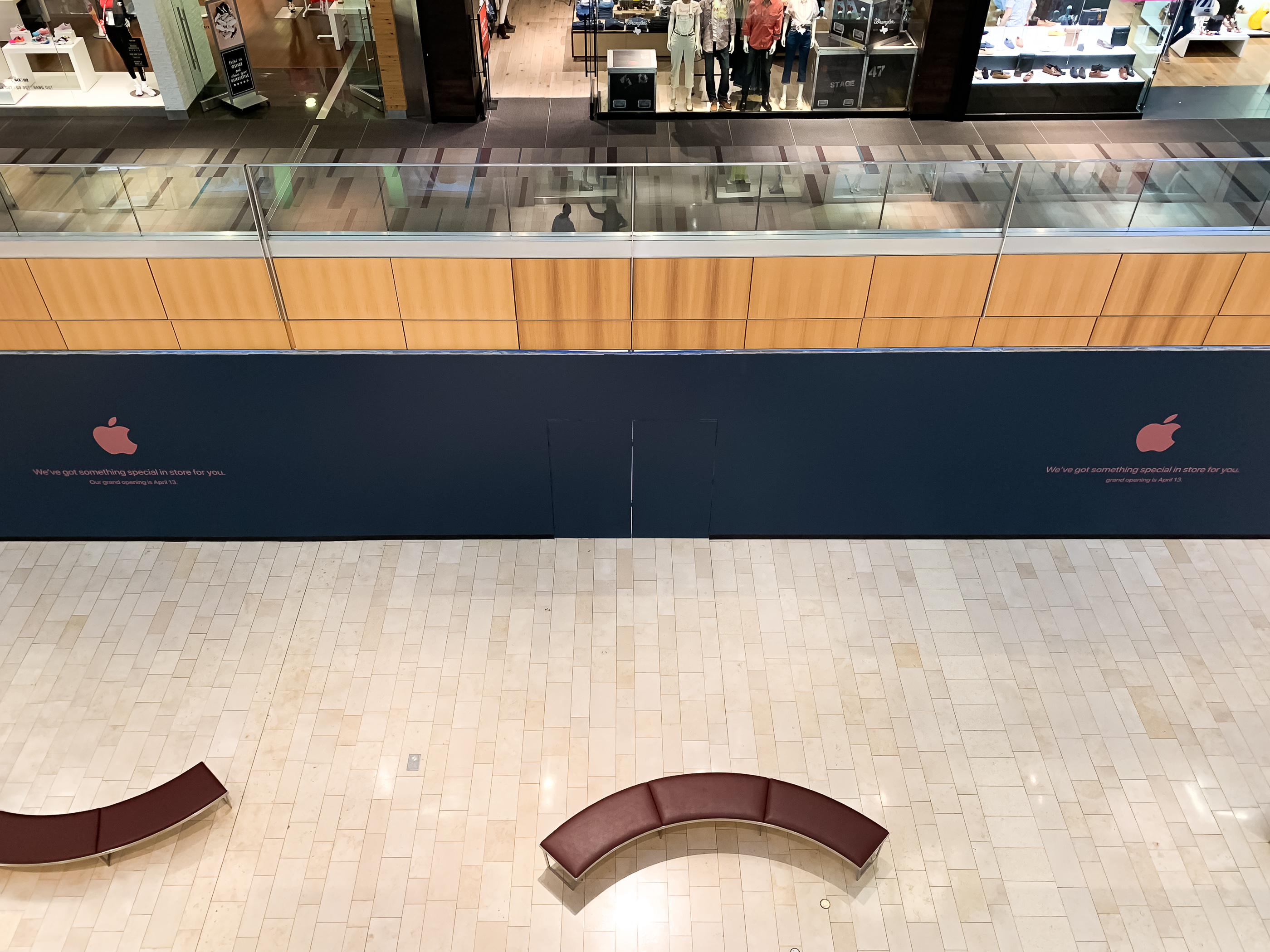 Although unconfirmed by Apple, the conclusion of our earlier reporting and the consensus of Dallas residents is that Apple Galleria Dallas is less an “inspired move,” and more of a store opened out of necessity. Apple Willow Bend and Apple Stonebriar to the north have been consolidated out of the Eastern District of Texas. The strategy change will help protect Apple from excessive patent litigation. You can read more of the details here. 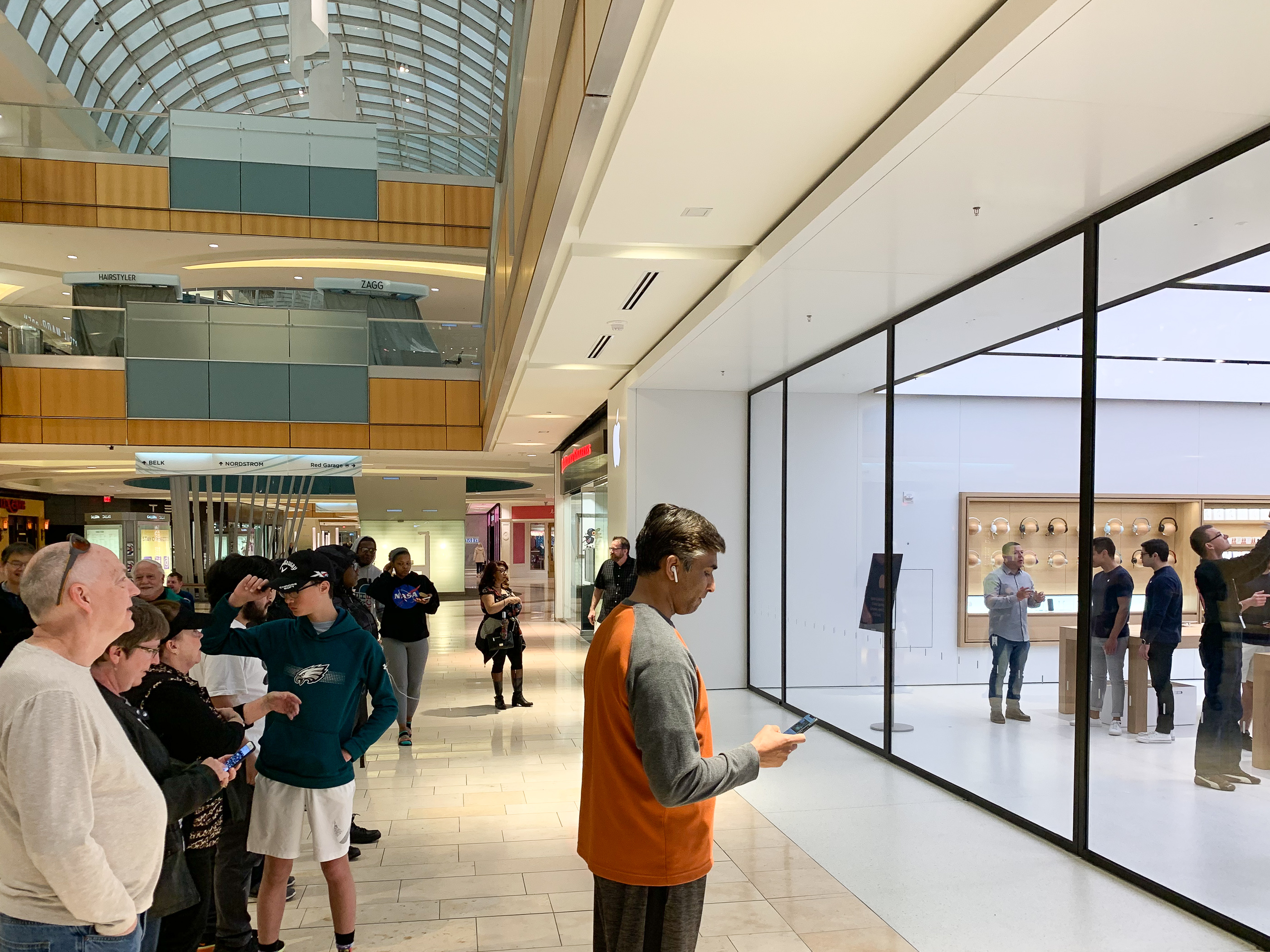 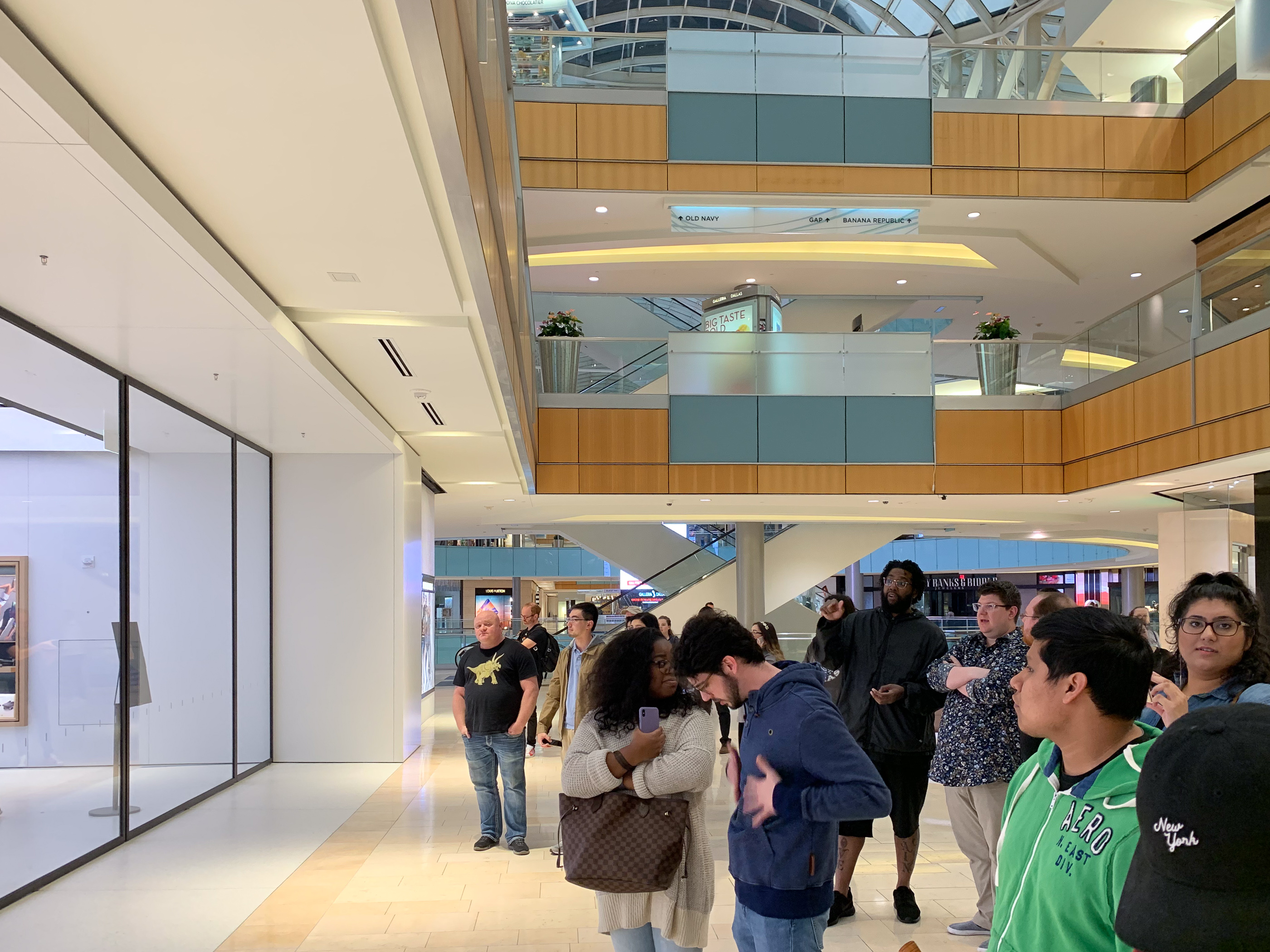 On opening day, a thunderstorm brewed outside and flashes of lightning could be seen through the mall’s dome as visitors gathered outside the store. The downpour didn’t stop a considerable crowd from showing up for a modest store opening. Boxes of deep blue t-shirts with pink text reading “ Galleria Dallas” and matching the store’s vanished temporary wall were lined up under the tables.

Just one night prior, employees in Plano and Frisco were clapped out and the lights went off at Apple’s third oldest store in the world. We visited both closed locations during the final hours and documented their histories in a retrospective here. 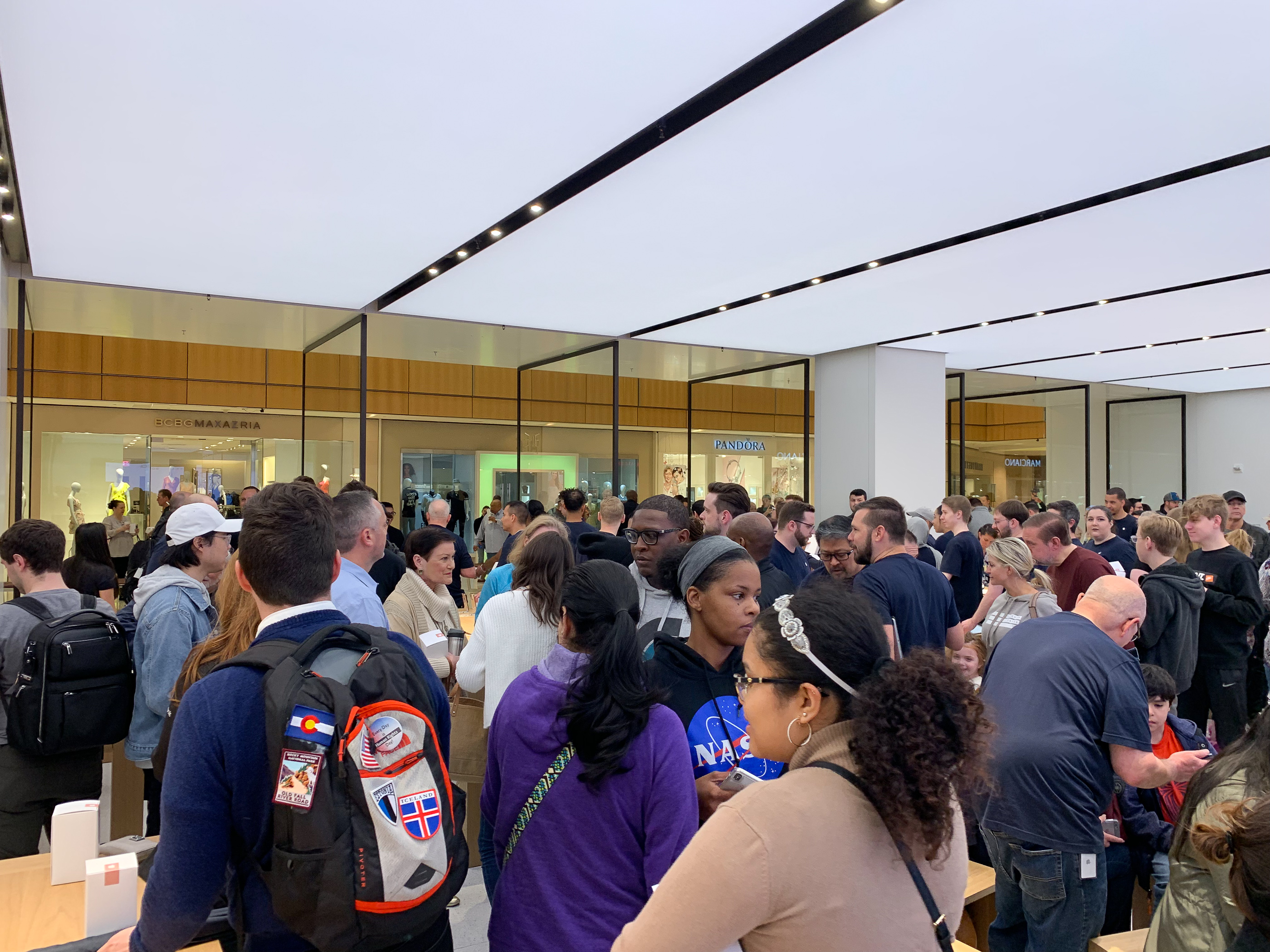 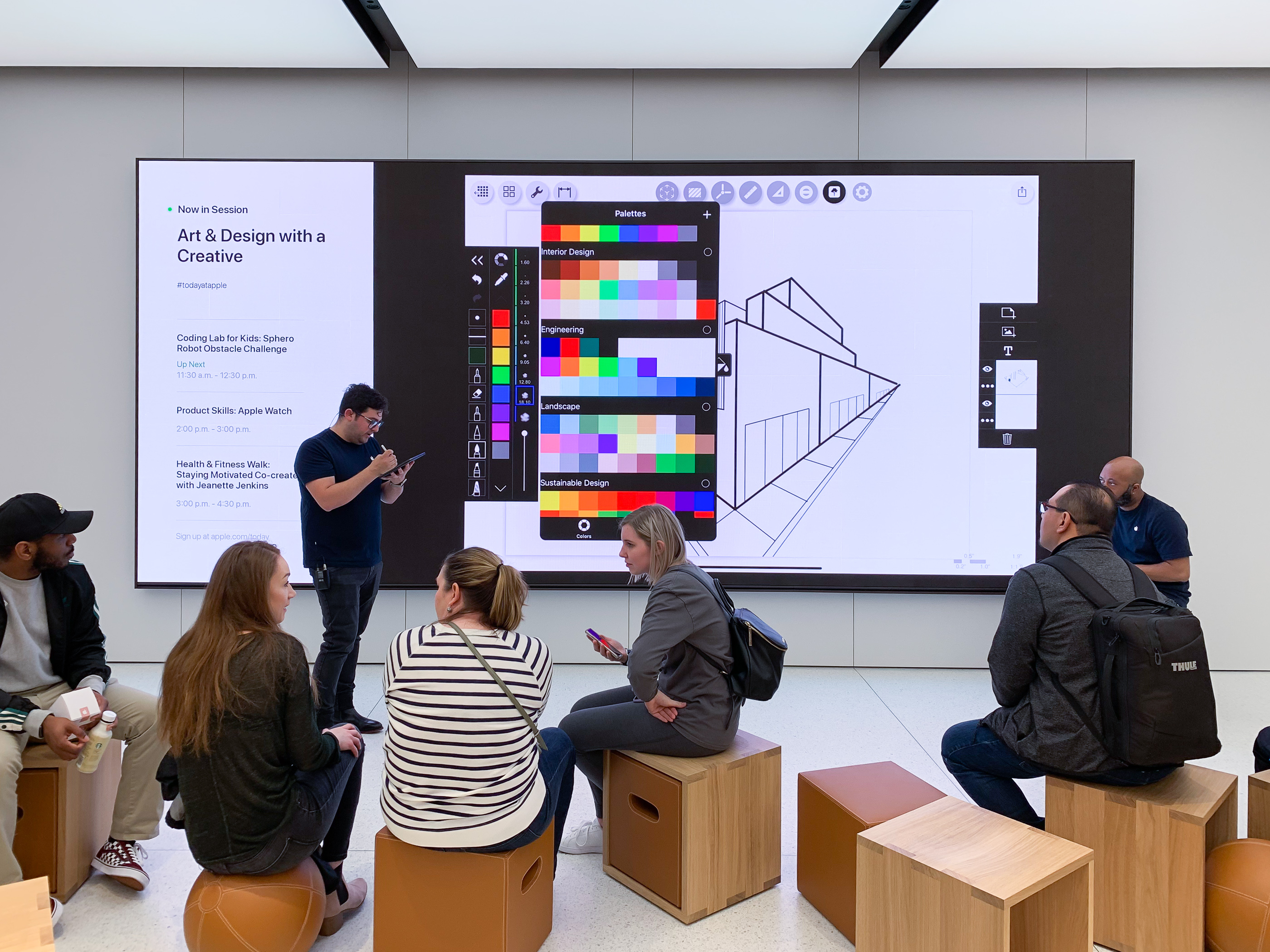 Minutes before opening at Galleria Dallas, the feeling of loss and nostalgia that hung in the air the night before was replaced by optimism. One employee remarked, “What once were two families have become one.” The store was quickly filled by the opening day crowd and live art began on the store’s video wall within seconds of the pivot doors swinging open. 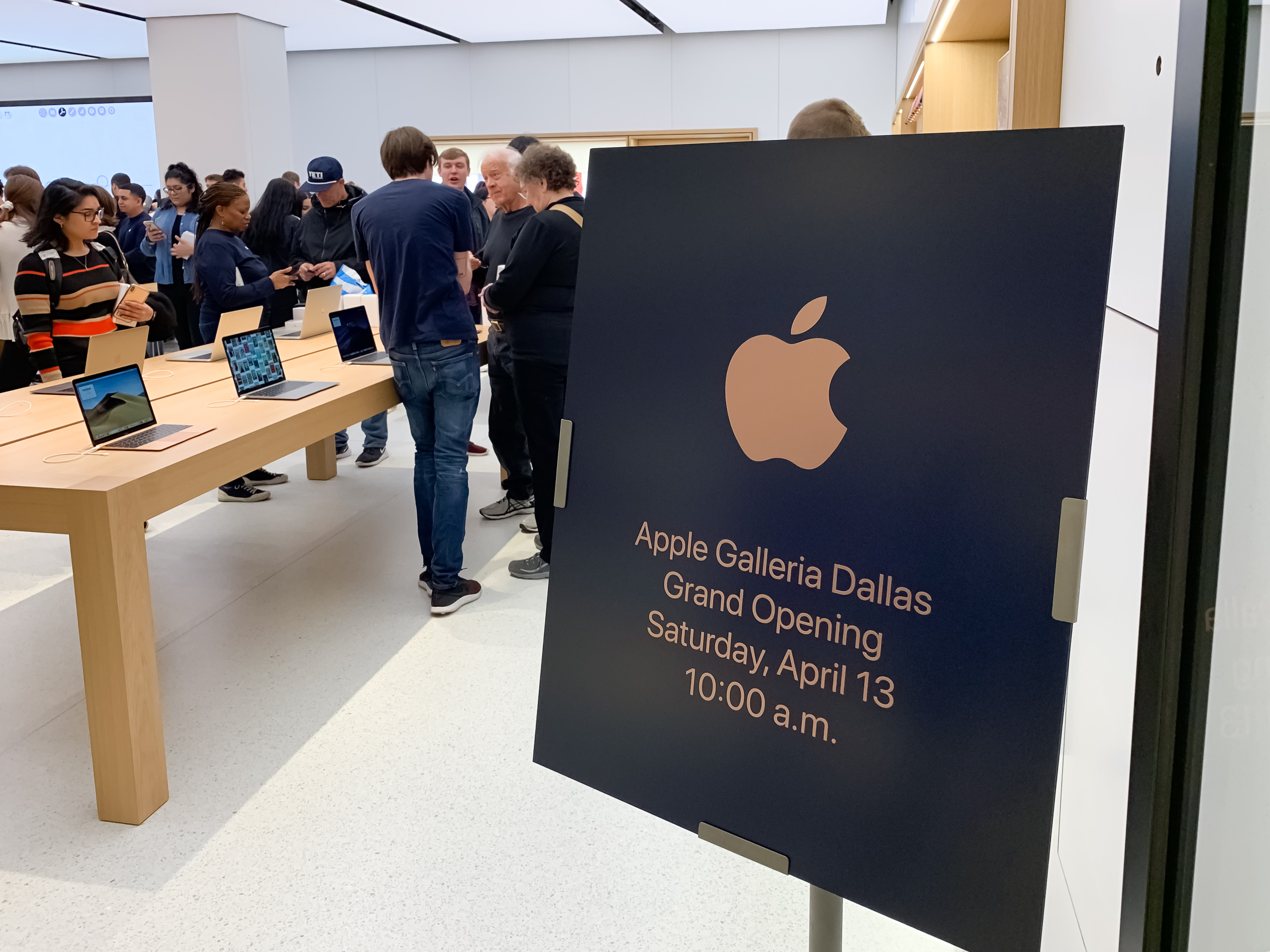 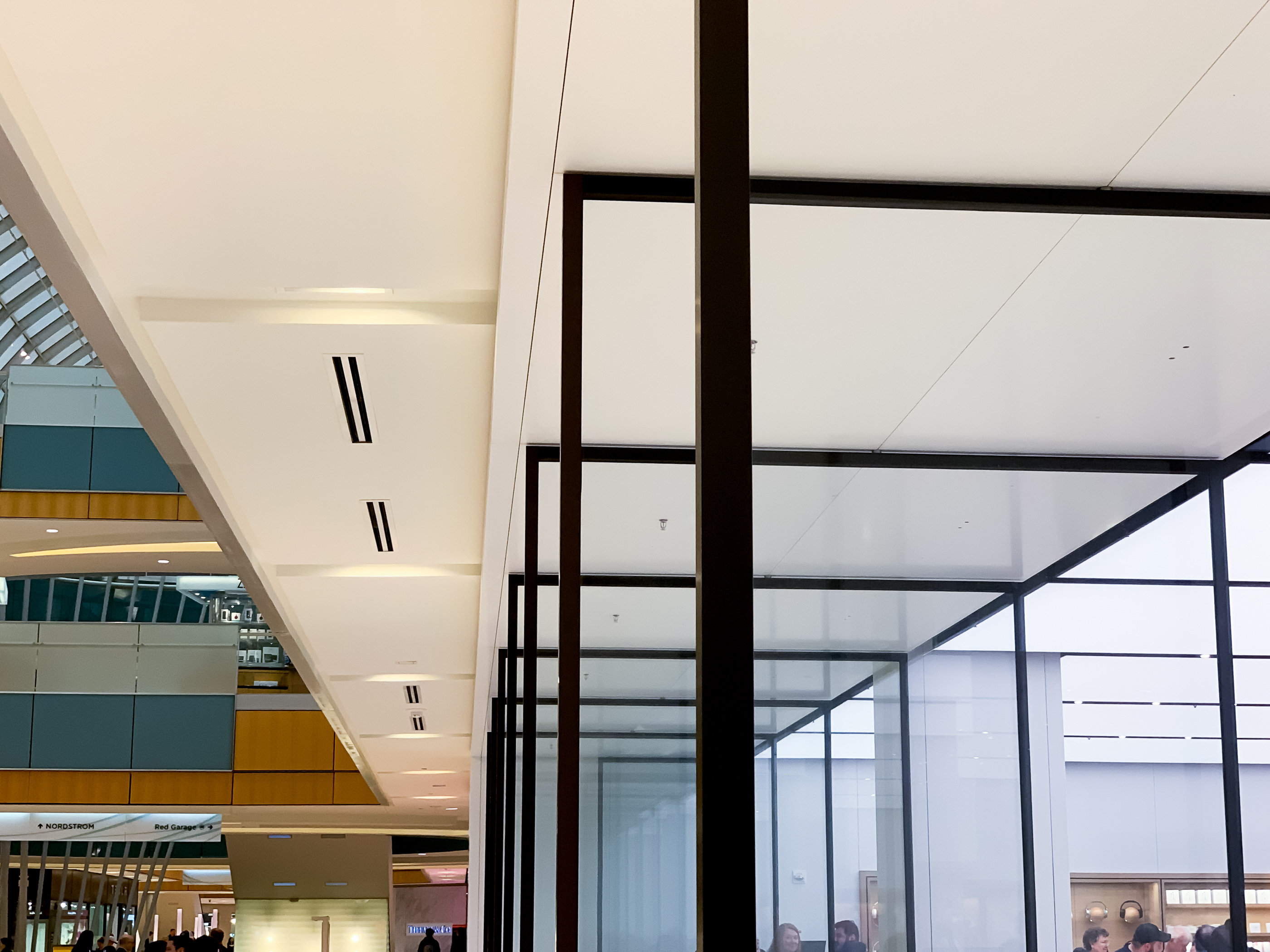 In an ideal world, Apple Galleria Dallas might not exist. The Stonebriar and Willow Bend stores may have served customers for decades longer. But even the best laid plans can fall victim to circumstance. Faced with an uncomfortable decision, Apple’s retail teams responded admirably. Apple Galleria Dallas isn’t a watered down, hastily thrown together store. It doesn’t compromise on quality or feel like a weak link in the chain. It’s just… normal. And when normal means industry-leading, what’s wrong with that? 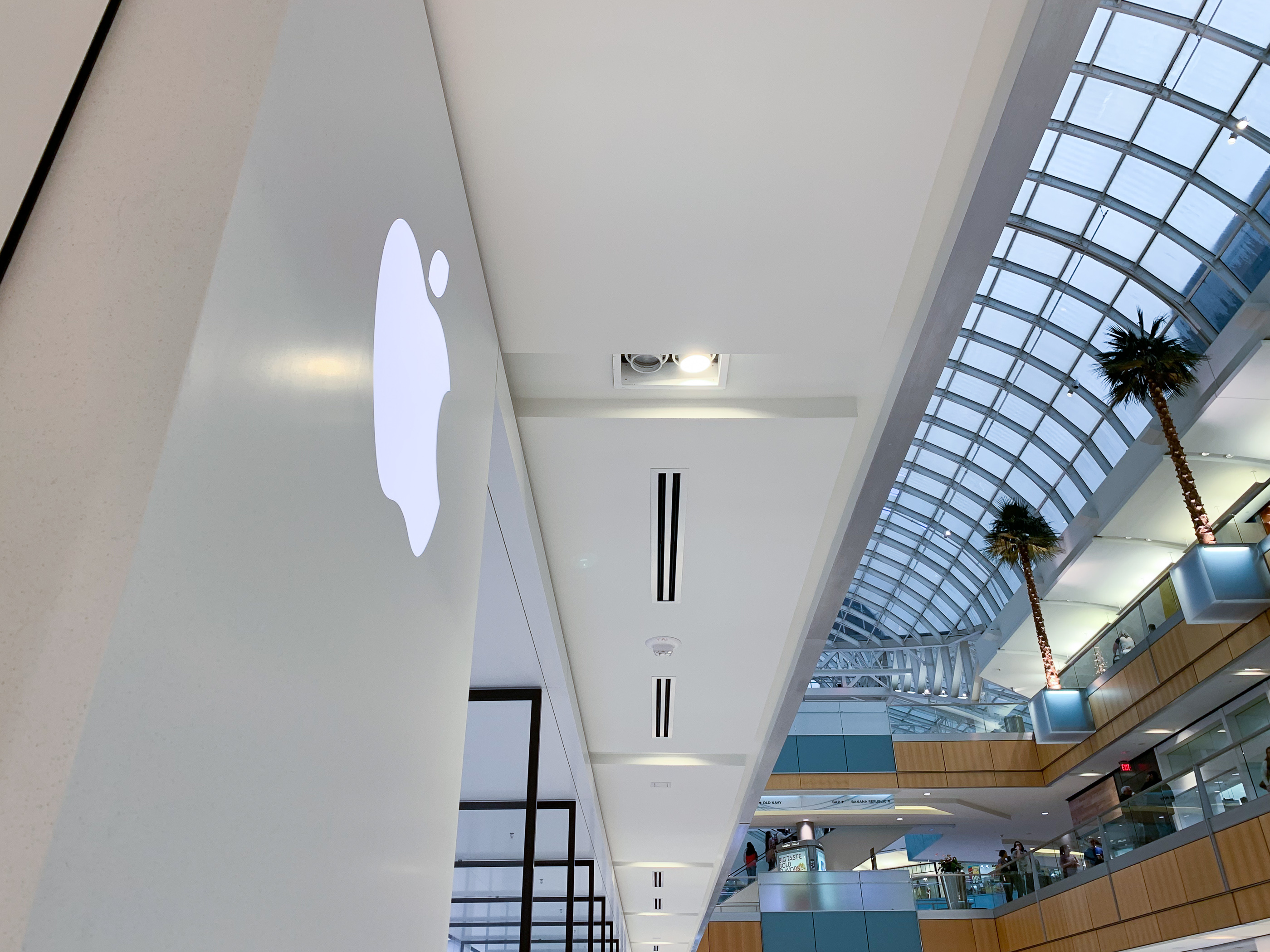