Home General Photos: Here’s what the Apple Card will look like out of the...
11673
SHARES
ShareTweet 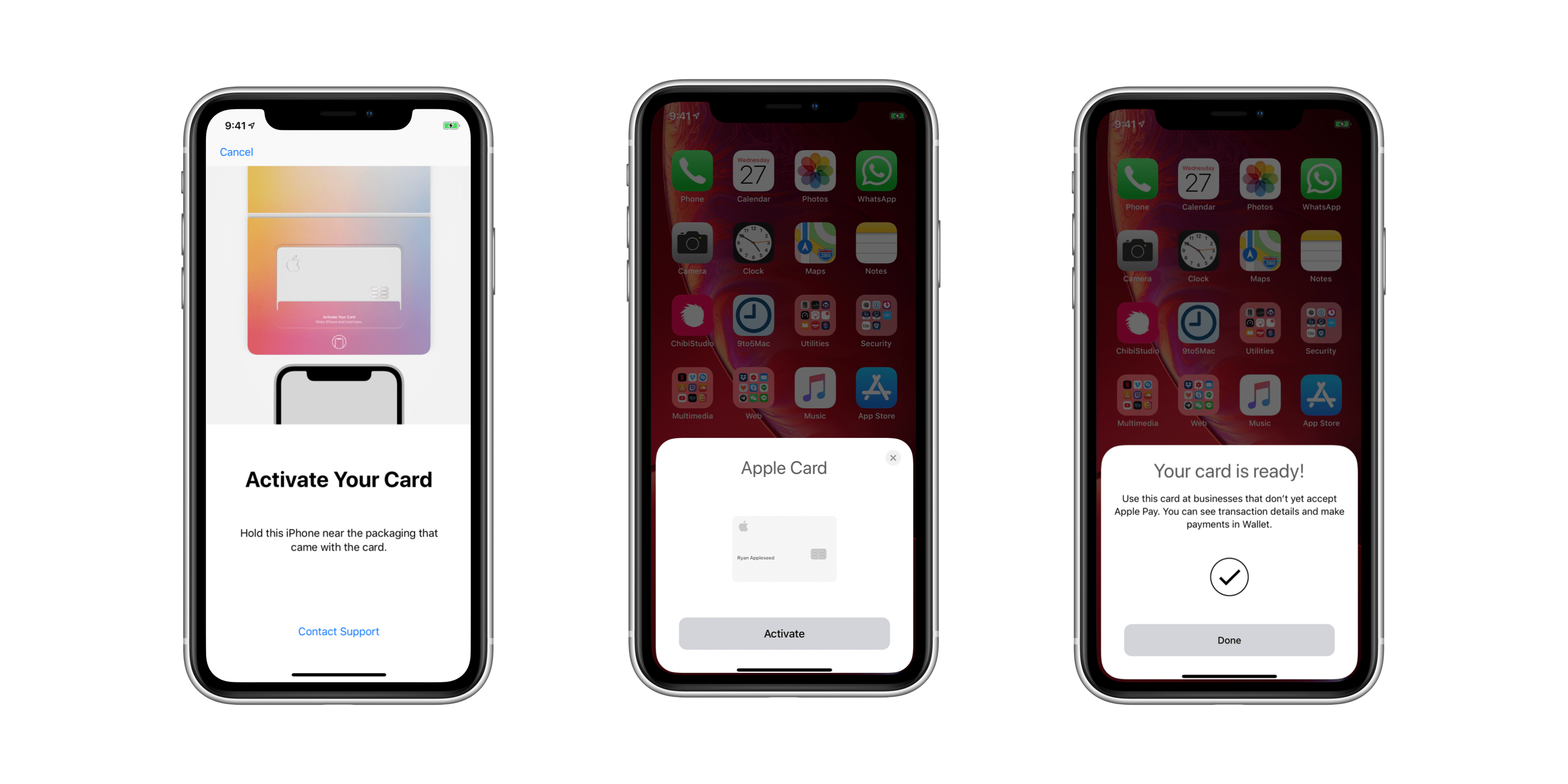 Over the weekend, Benjamin Geskin posted on Twitter claiming that a wave of Apple employees are now receiving their own branded Apple Card credit cards as part of a semi-private beta. Geskin posted photos of the purported card units, but note he has photoshopped over the engraved name to supposedly hide the source’s identity.

As 9to5Mac previously reported, when a customer receives the the Apple Card, it is delivered in vibrantly-coloured packaging that includes a hidden NFC tag. To activate the card, the user opens the Wallet app and holds their iPhone near the NFC tag embedded in the Apple Card packaging.

This associates the digital Apple Card credit card already set up in the Wallet app with the physical card.

The physical Apple Card is made of titanium and Apple engraves the customer’s name into the metal. The card does not feature any other printed identifying characteristics, like expiry dates or account numbers. The front of the card only features the owner’s name, the chip, and the Apple logo. The reverse of the card includes the Mastercard and Goldman Sachs’ logo, who serve as Apple’s banking partners for the Apple Card service.

In March, 9to5Mac also shared screenshots of the Apple Card setup process, which looks similar to how a user pairs their AirPods to a phone.

Apple touts that the Apple Card has no fees, like late fees or currency foreign exchange fees. Interest rate charges are between 13-24% depending on an individual’s credit rating. The Apple Wallet app includes several features to help spender’s pay off their debt and keep interest payments low, so people know what they will owe at the end of each month upfront.

Apple wants most Apple Card transactions to happen electronically, using contactless Apple Pay. Apple Card includes ‘Daily Cash’ cashback: 2% for all Apple Pay transactions, 3% for any Apple purchase, and 1% for purchases made with the physical card.

The titanium physical card acts as a status symbol and a fallback payment method for buying items in places that do not have any contactless transaction facilities.

Yep. Received photos of physical Apple Card, to protect the source, edited my name on it. Works as watermark too.

Apple Card is expected to be available in the United States in the summer.