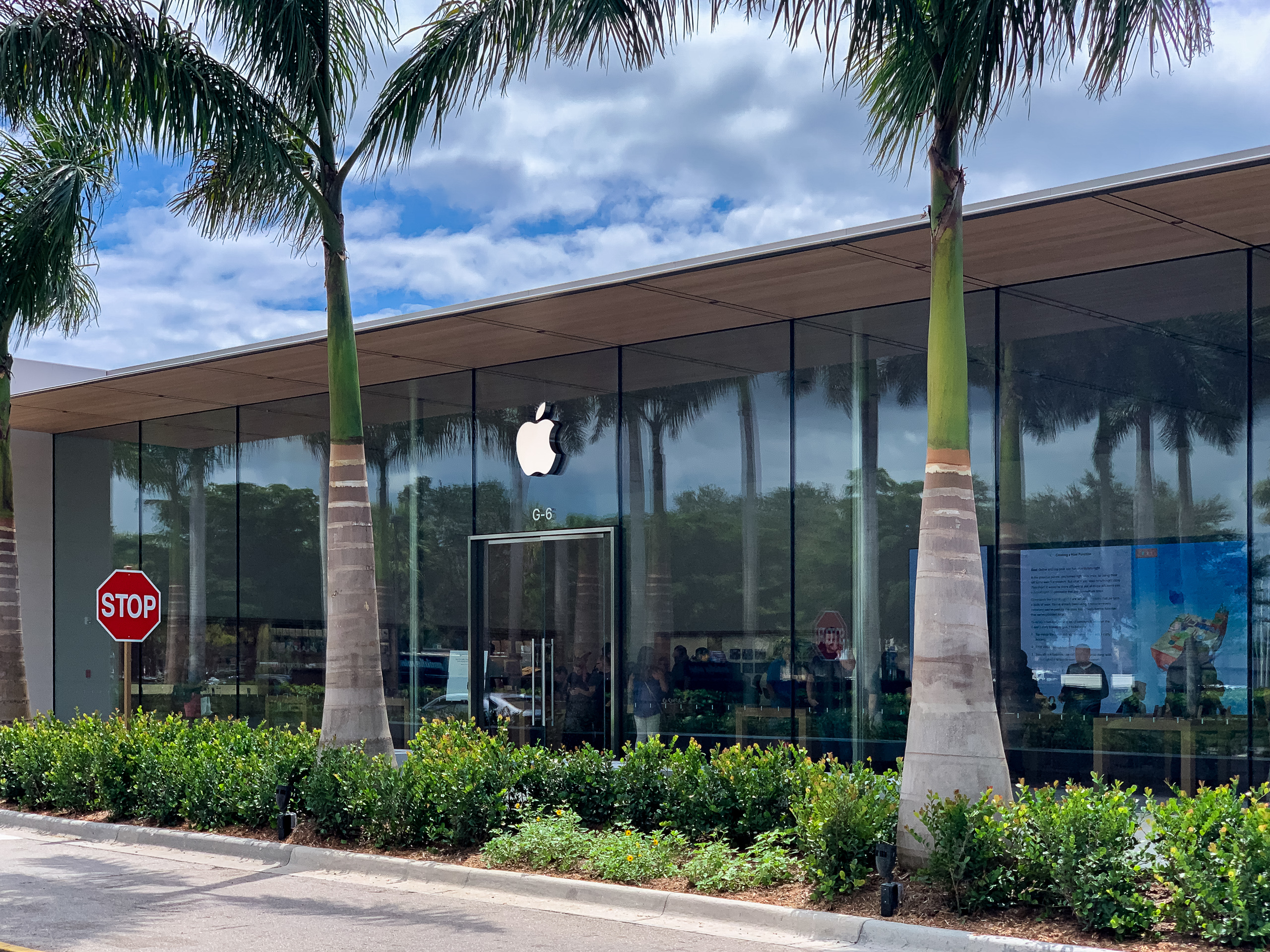 Apple’s retail store at Waterside Shops in Naples, Florida has reopened with a larger footprint and an all-new design. The store was temporarily closed and completely reconstructed over the past year to suit the evolving needs of customers and Apple’s growing retail plans. The new Apple Waterside Shops brings Apple’s latest store concepts to Southwest Florida for the first time.

Waterside Shops is a sunny outdoor mall aptly named for its proximity to the Gulf of Mexico and its canopied walkways arranged around a set of decorative outdoor pools. It was under one of those low-slung canopies on the mall’s east side that Apple opened its original compact storefront in March 2007. Stainless steel panels cut to fit an oversized eye-level Apple logo offset the store’s glass entrance.

The original space has been demolished, taking with it an adjacent storefront to make way for an exemplary modern Apple Store. Apple Waterside Shops now faces the mall’s exterior and Tamiami Trail. A row of fresh palm trees and ground cover softens the border between the driveway and a series of stone benches in front of the store. 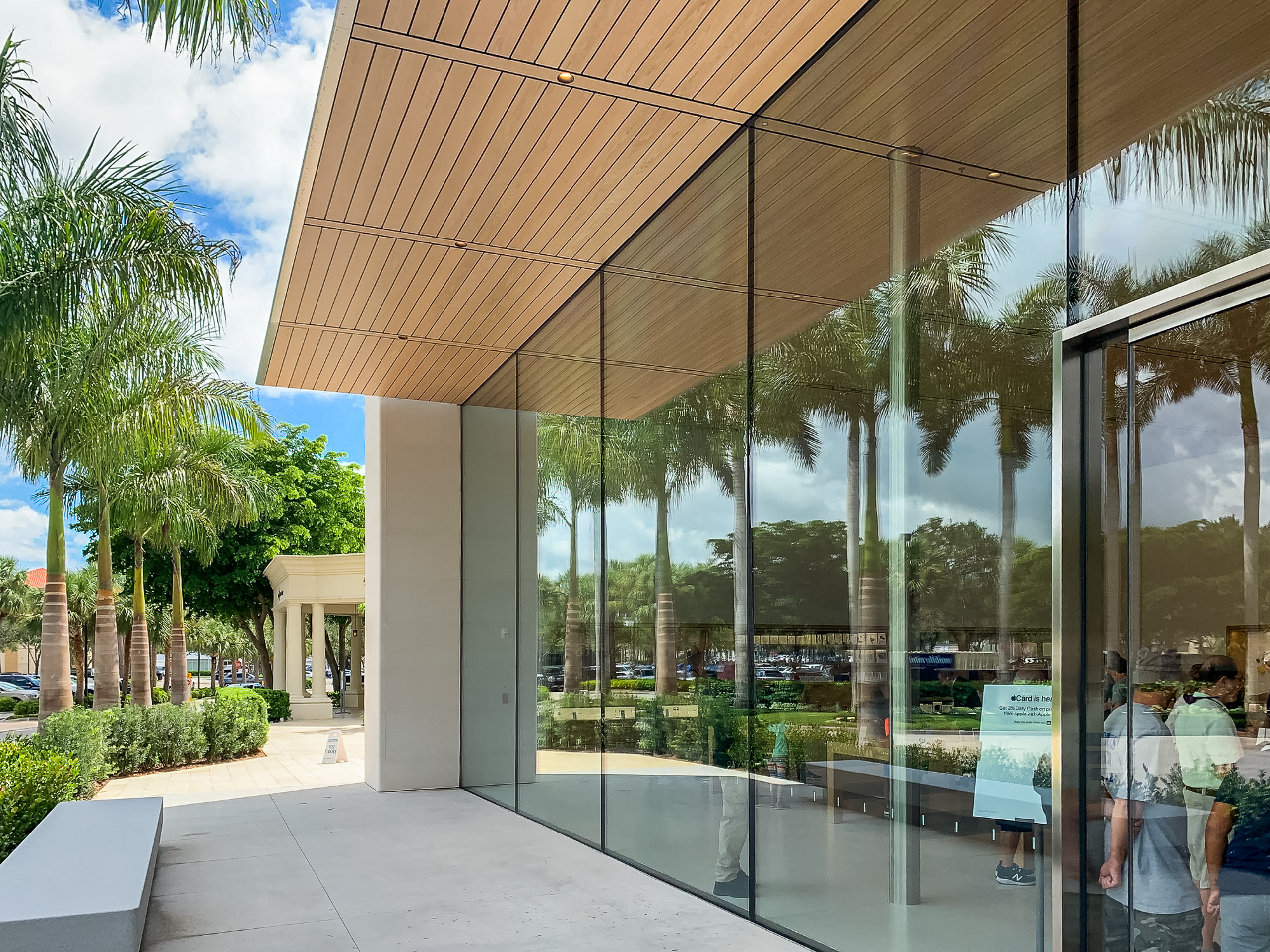 Wood planking, precise stone blocks, and nine glass panels combine in a facade that unifies the design language between some of Apple’s top flagship stores and more modest mall locations. Apple Waterside Shops is only the fourth store in the United States modeled around the same template. A lone backlit Apple logo cut into the stone of the building’s south wall approximates the position of the original stainless steel logo. 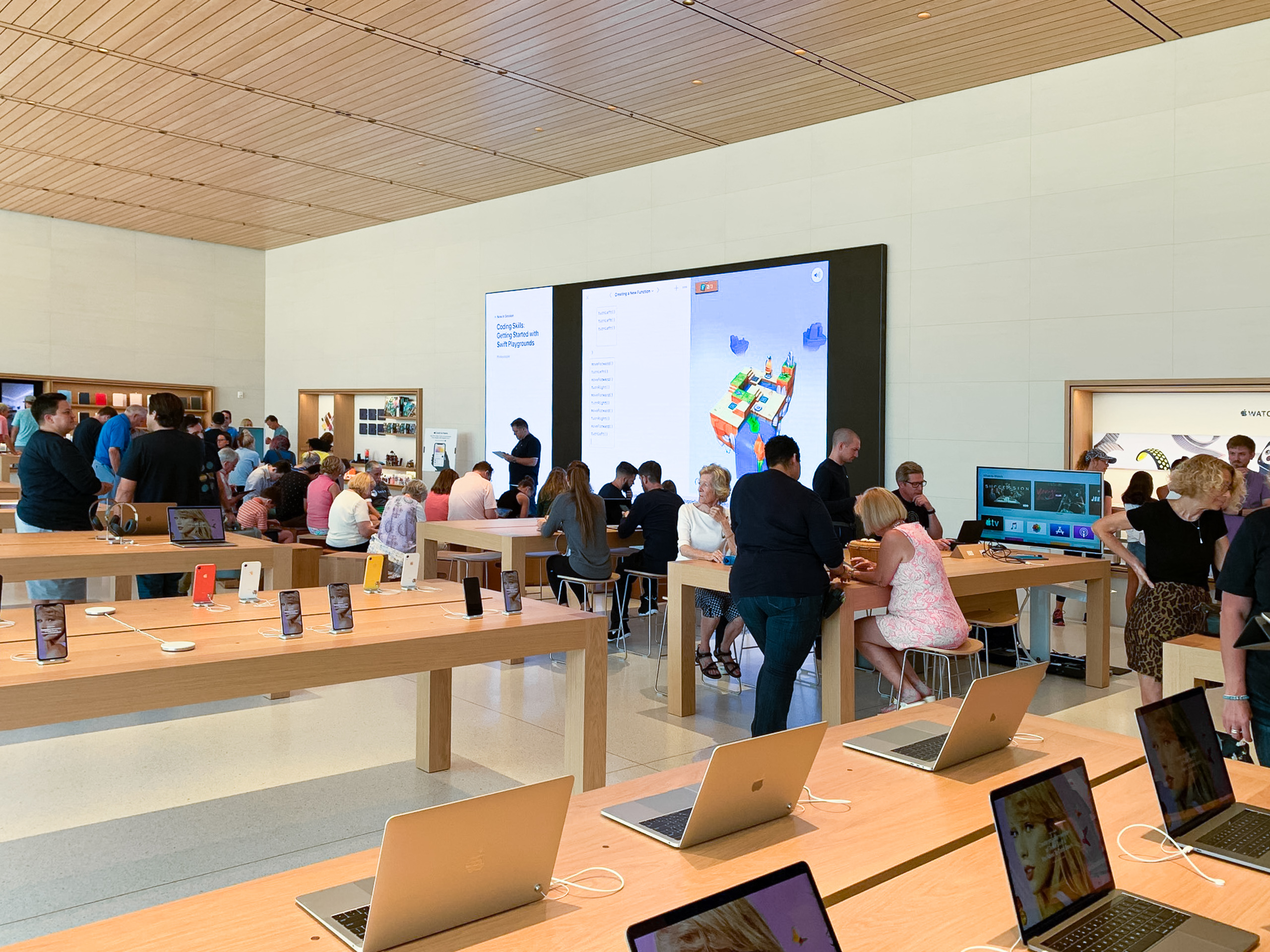 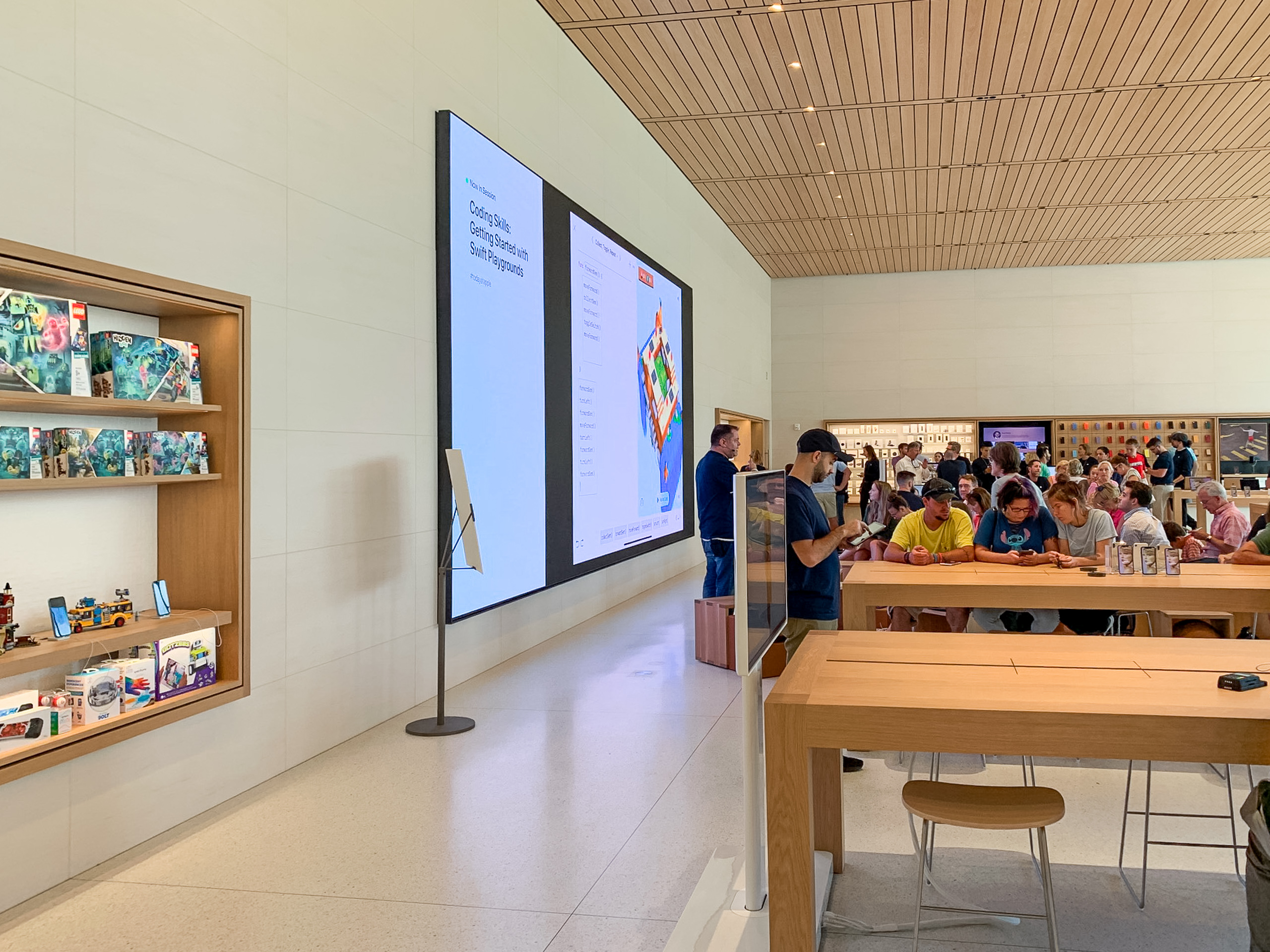 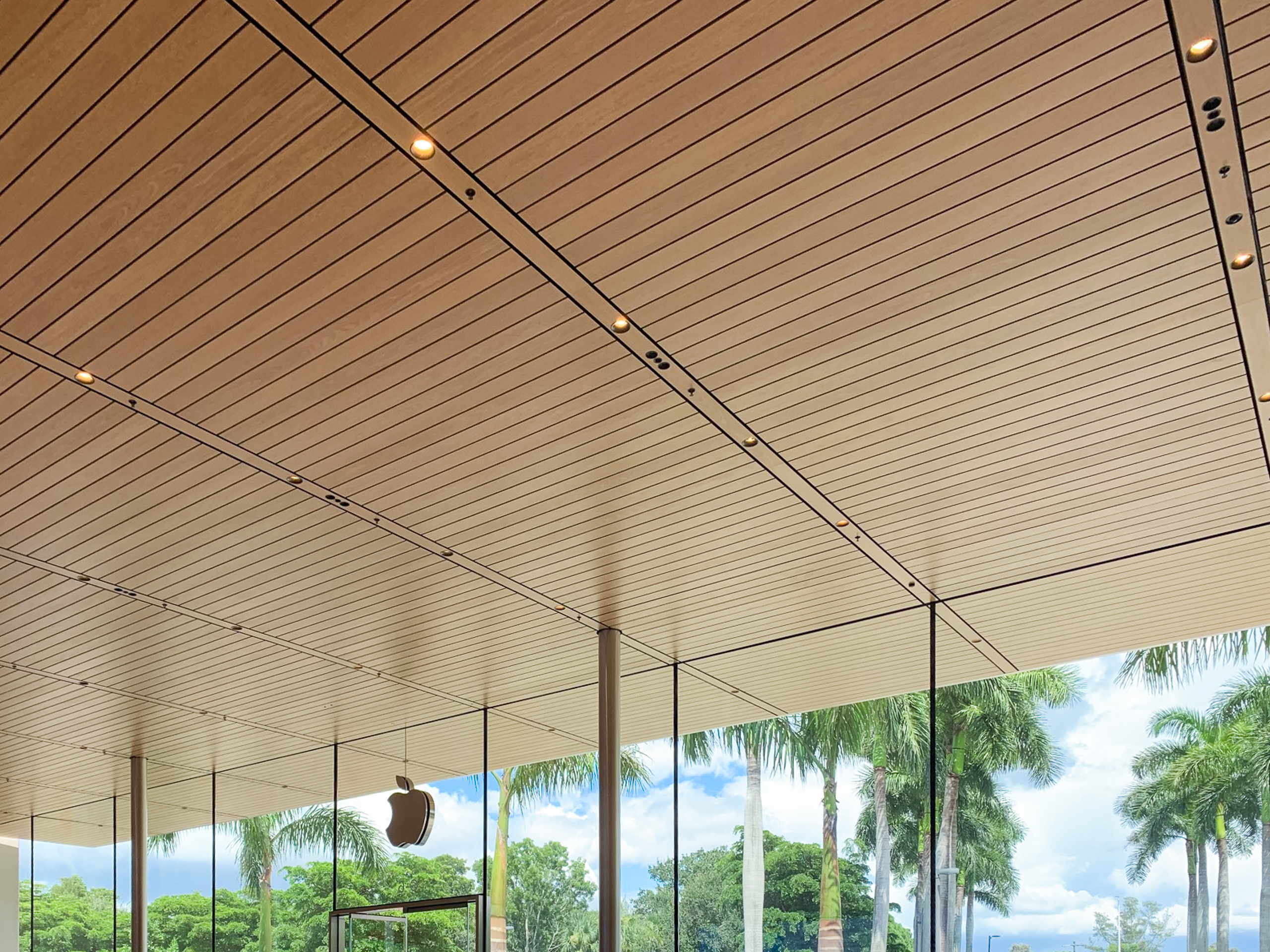 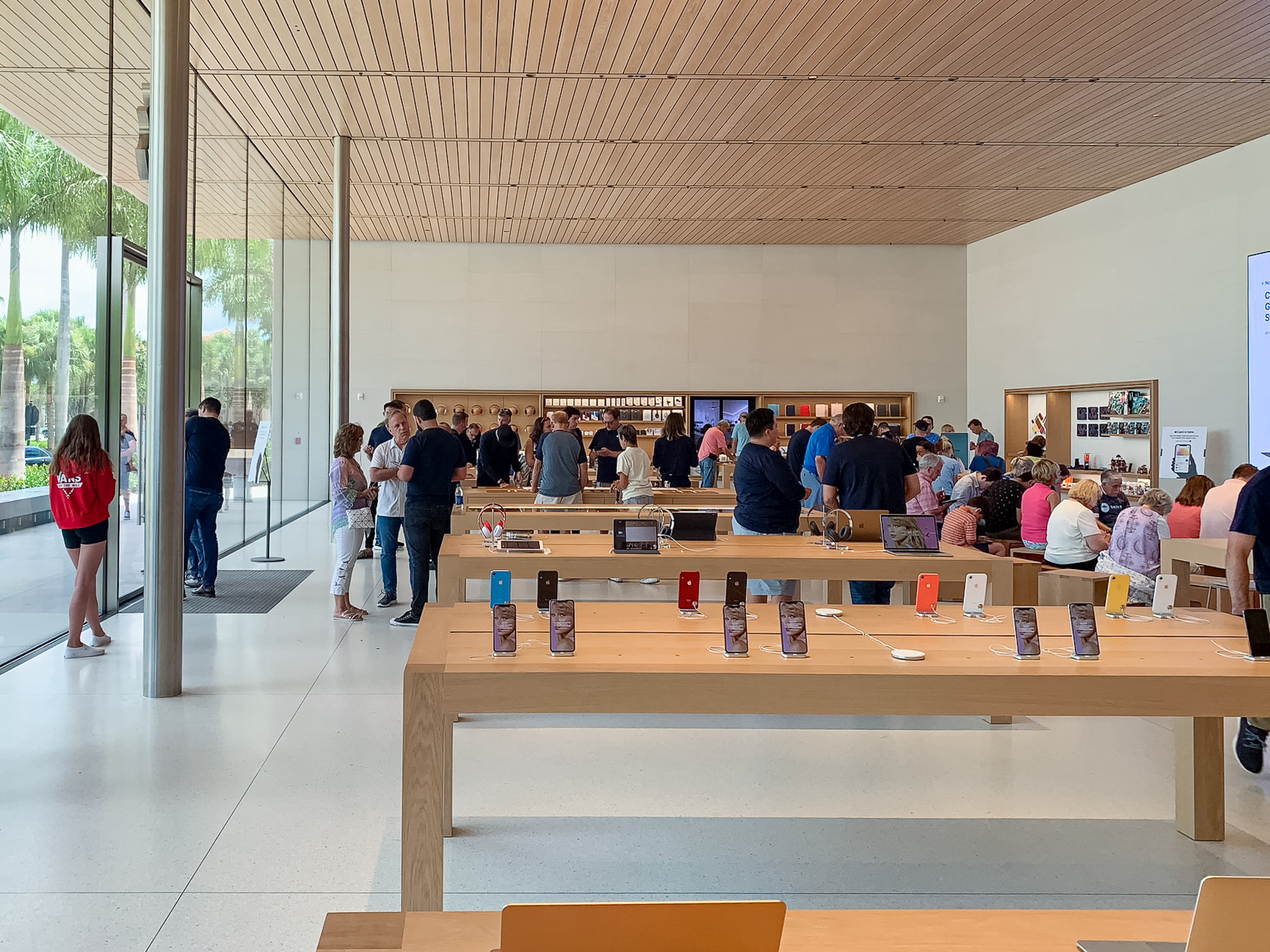 Inside, Avenue display shelving wraps around three sides of the store, parting in the center of the rear wall to make way for a Today at Apple video wall and Forum for hosting creative sessions like Taylor Swift’s new Remix Music Lab. The next nearest Apple Stores equipped for the full Today at Apple experience are in Miami, but Apple is rapidly retrofitting its classic stores all across the U.S., so more upgrades for Southwest Florida should be on the way. 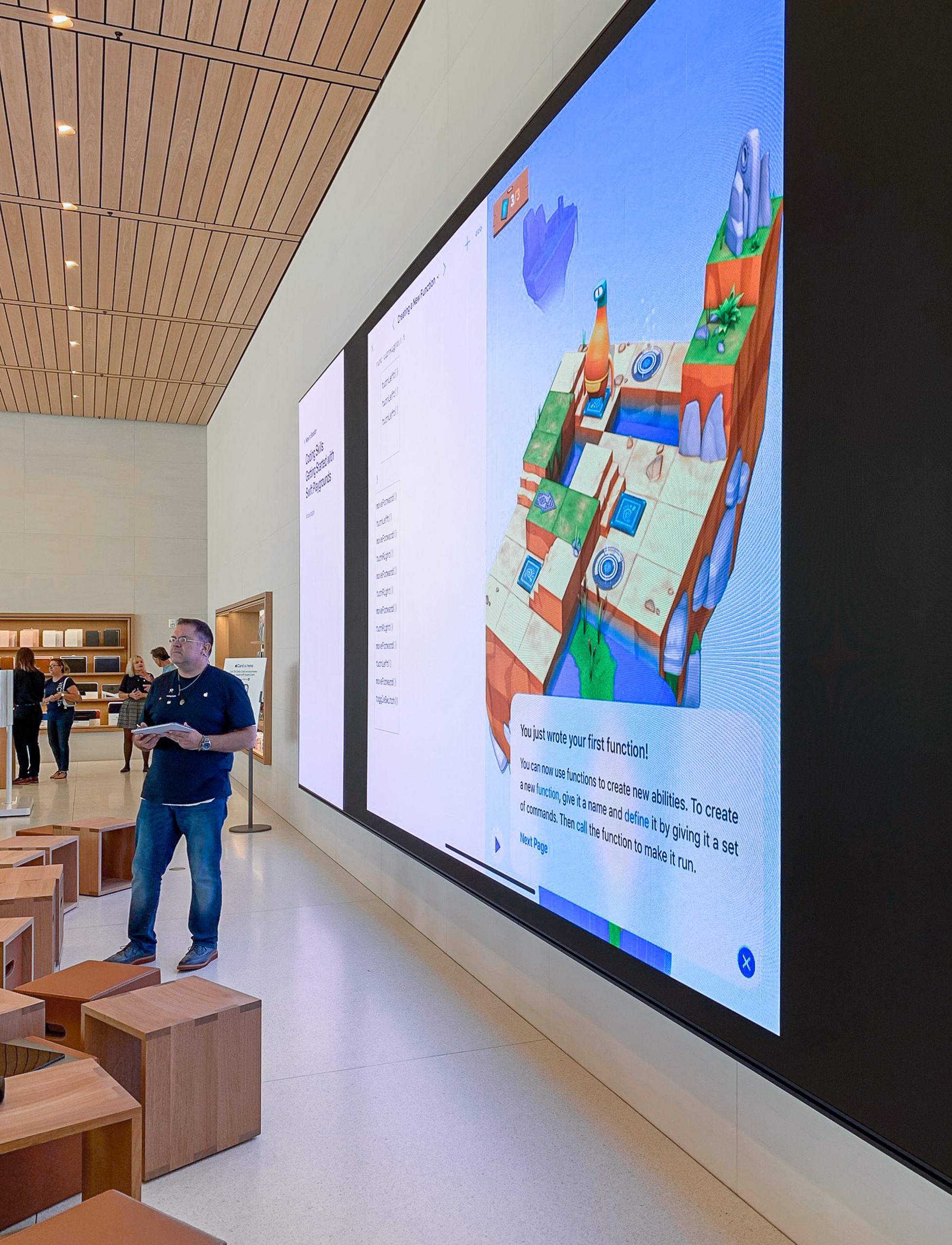 On August 31, Apple Altamonte in Altamonte Springs will reopen in a redesigned space. Near Miami, Apple Aventura moved on August 10 to become the largest Apple Store in Florida. Together with Apple Waterside Shops, the month-long trio of expansion projects is one of the more intense but deserved store upgrade rollouts in any U.S. region over the past several years.