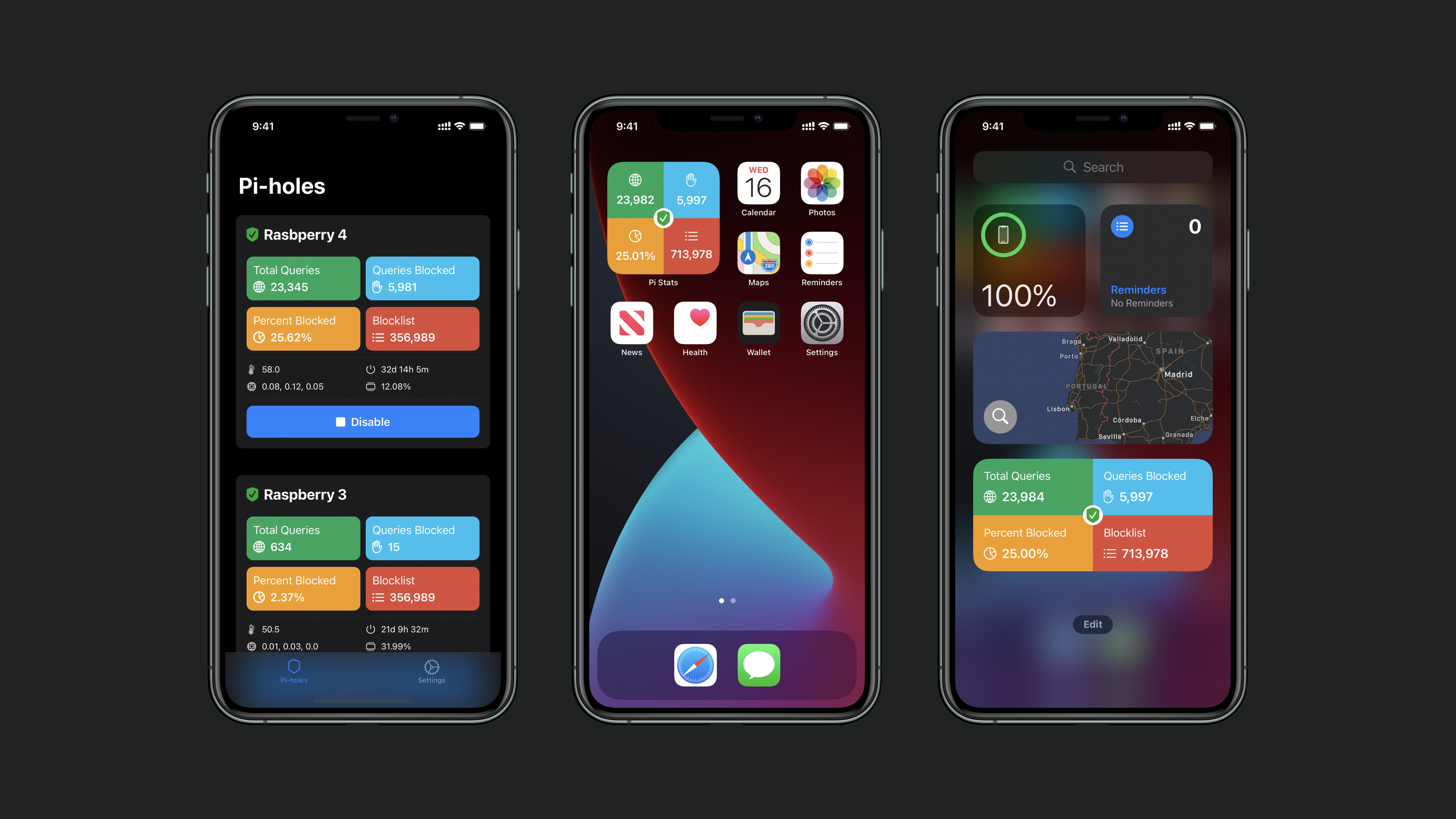 Pi-Hole is a privacy-focused DNS server that can be installed on many devices, such as the Raspberry Pi. It’s a great way to protect an entire network from tracking by data gathering and mining services, which can be done by setting your local Pi-Hole as the DNS server for your network in your router’s settings. Now Pi Stats has arrived on iOS to easily keep an eye on your DNS server.

One of the great features of this system is the ability to not only control what’s blocked and what isn’t, but also to monitor the DNS traffic on your network, as well as temporarily pause the blocking in case something is not working as expected. All of this can be done by using the Pi-Hole’s admin interface, which can be accessed from any browser in the local network, but it isn’t the best experience as it’s not very fast.

Enter Pi Stats. Developed by Fernando Bunn, the app has been available in the Mac App Store since earlier this year. Today, with the introduction of iOS 14 and home screen widgets, Bunn has released Pi Stats for iOS. I’ve been beta testing the app on my iPhone and its widget has been a great way to keep track of how my DNS server is doing.

The app supports adding multiple servers, in case you manage more than one. Configuration for those who are already using the macOS version is very easy, it can be done by scanning a QR code from the Mac app, or from the Pi-Hole web interface.

Pi Stats for iOS is available today in the App Store for US$1.99, and it’s also available on Github where developers can contribute to its development.