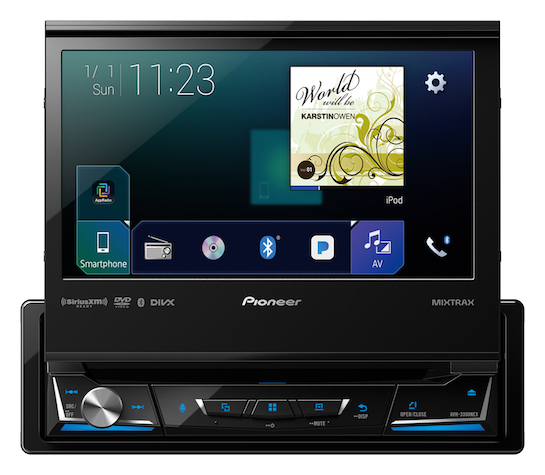 The single-DIN AVH-3300NEX is a smaller, more universally sized receiver that can fit into many older and collectible cars. Unlike a double-DIN receiver, which has a built-in display, this single-DIN model features a 7-inch pop out, motorized display. The whole unit is also detachable for added security.

Pioneer said the new NEX lineup will be available through resellers in July with suggested retail prices of $600 for the single-DIN model, and between $400 and $500 for the double-DIN models, in the United States. The prices are lower because all five receivers have resistive rather than capacitive touchscreens.

Pioneer’s current NEX receivers retail for between $400 and $1,400 in the United States. Competing aftermarket CarPlay systems are available from Alpine, Clarion, Kenwood, JVC, JBL, Sony, and other manufacturers.