Home General Pocket Rocket is a SpaceX launch tracker that puts spacecrafts in the...
16162
SHARES
ShareTweet 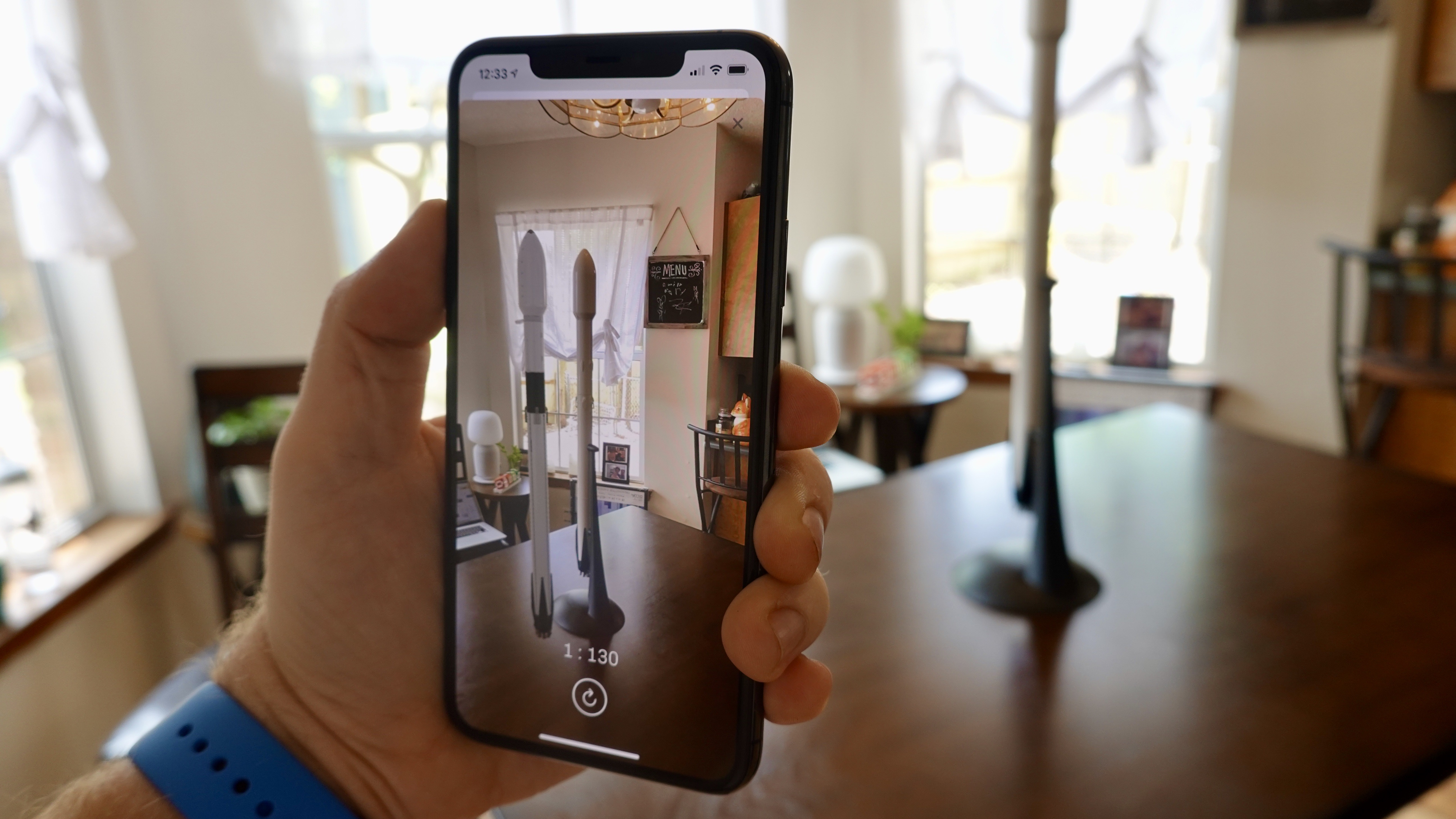 It’s not everyday that a new app comes around and meets two very different interests. The brand new Pocket Rocket app does that for me, however, mixing SpaceX rocket launches with augmented reality on the iPhone using ARKit.

The use of AR in Pocket Rocket adds a playful element to it that makes learning about current space missions more engaging. If you are a space fan, the opening animation is worth the price of admission alone.

Out of the box, Pocket Rocket includes a guide to past and future SpaceX rocket launches dating back to 2006.

The app includes details about each rocket launch, including customer and payload data, mission status, and video coverage of previous missions — including the first few fiery SpaceX launches.

Historical data is great learning about the history of SpaceX spaceflight success and failures, mission types like satellite deployments or cargo resupply missions to the International Space Station, and much more.

Pocket Rocket’s primary mission is keeping users across all levels of experience informed about upcoming rocket launches. The upcoming launches section highlights the next known mission paired with an animating countdown clock that ticks away until the moment of launch arrives.

Missions are arranged by launch date in a vertical list organized chronologically, and the app is loaded with future missions. The first upcoming launch, for example, is SpaceX’s next Starlink mission later this month. This launch will deploy 60 small satellites into low Earth orbit as part of their constellation of satellites that will provide internet access around the world.

Pocket Rocket’s support for Apple’s ARKit augmented reality framework on the iPhone is my absolutely favorite feature at launch. You can view beautifully designed hardware relevant to each mission using your iPhone with AR.

A simple full scree preview mode presents 3D models that animate in place over a black or white background before you ever start using AR. You can resize with a simple pinch and zoom to change the scale, and each model can be rotated with a flick of the finger. This lets you appreciate aspects of SpaceX rockets that you might not otherwise get to see in such detail.

Then there’s the remarkable use of AR. Tap Apple’s AR cube icon and find a flat surface, then place your SpaceX spacecraft to a fixed location in your environment using ARKit. This powerful feature lets you walk around and see all sides of your 3D model rocket, and you can resize the AR version just like the full screen preview version.

Pocket Rocket is an amazing example of how accessible events and information like rocket launches can feel with modern technology. Using the power of the iPhone, you can really appreciate state of the art rocket design, stay informed on upcoming launches, and learn details about past and future missions. 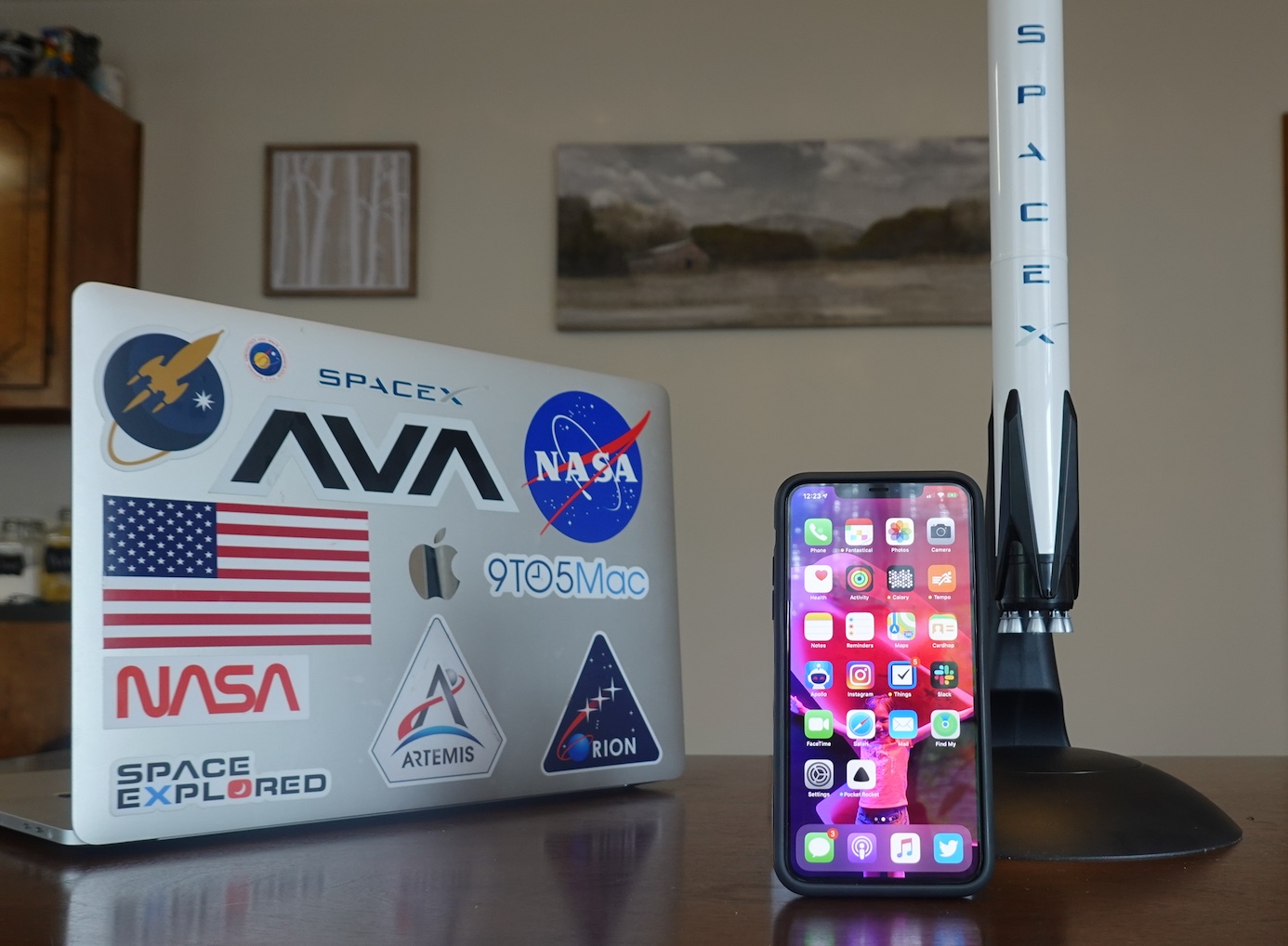 If you have an iPhone or iPod that runs iOS 13, Pocket Rocket is a must-have app for experiencing augmented reality using its full potential. You don’t have to be a space fan to appreciate it. That’s worth the $3.99 price, which includes all the features mentioned, on the App Store.

The app also includes three premium tiers with monthly and annual pricing options. Think of these as a way to not only unlock more features like push notifications for rocket launch alerts, but also your vote for more features like a native iPad app and support for other rocket company launches in Pocket Rocket. 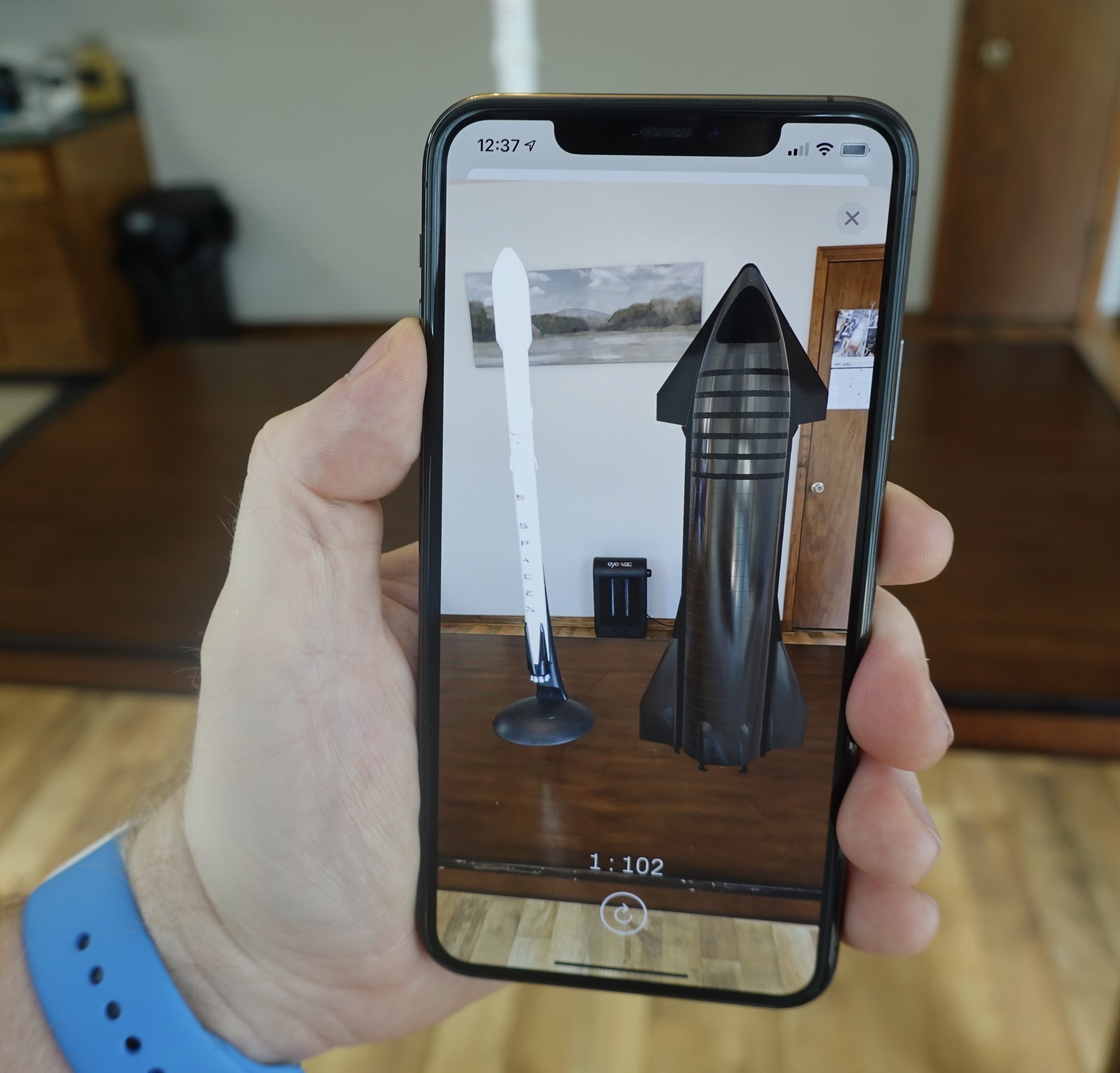 Pocket Rocket goes way beyond being another fun toy AR app. It’s an updating system loaded with informative data and an appreciation for great iOS app design that SpaceX fans and newcomers can appreciate.