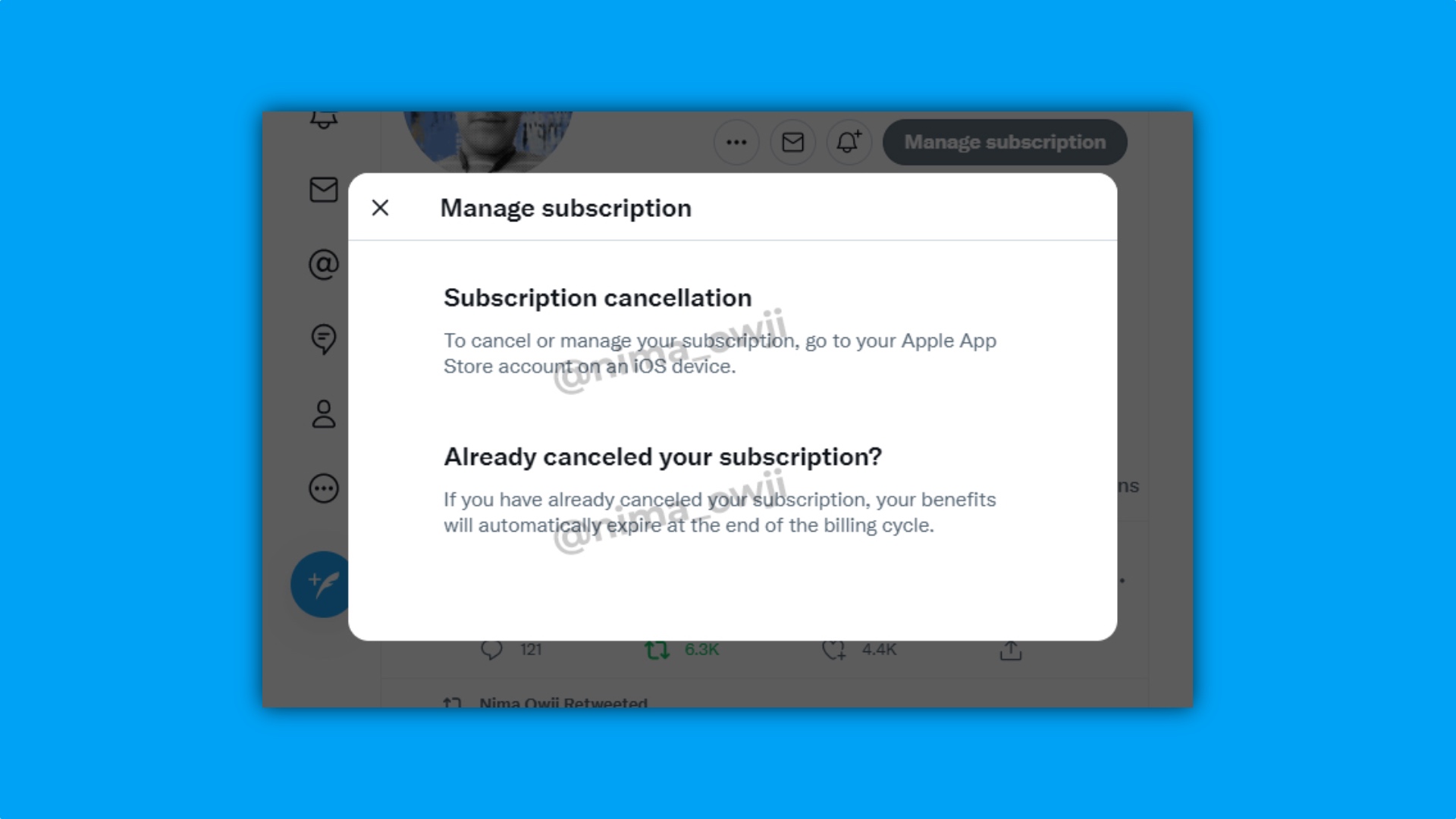 It’s been a while since Twitter announced its Super Follow feature. Now, developer Nima Owji has been able to show a bit more of the company’s upcoming function.

In four screenshots shared on his Twitter, Owji shows that the company is polishing this Super Follow feature. For example, when you access a profile you’re super following, you can manage your subscription by clicking on the “Super Following” button.

To cancel or manage your subscription, go to your Apple App Store account on an iOS device.

If you have already canceled your subscription, your benefitis will automatically expire at the end of the billing cycle.

In the user’s profile, it will appear alongside “Tweets,” and “Tweets & Replies,” a new “Super Followers Tweets,” which will show for paying members this exclusive content.

With that, as shown by Owji, only people that contribute with a creator’s account will be able to reply and see some conversations. The Super Follow feature will also give users exclusive Spaces access, Fleets, newsletters, and discounts in merchandising.

Since the start of 2021, Twitter has been testing new functions to make the platform an easier space for creators to monetize, although there’s Twitter’s cut and Apple’s 30% App Store cut of revenue as well.

For example, the company announced Spaces, Tip Jars, exclusive newsletters, Twitter Blue, which is currently available in only a few countries, and soon Super Follow will launch.