Prince’s catalog of songs is headed to Apple Music and other streaming services, like Spotify, Pandora, Google Play and more, on February 12, reports the New York Post. Currently, Prince’s songs are only available to stream on Tidal.

It would be the first time in 19 months the singer’s music would be available on that many streaming networks. Prince pulled his music from all streaming services except for Tidal 9 months before his death. Since his death, Prince’s estate has been working on deals with various services to make his music available for streaming again.

The music will go live on streaming services during the Grammys on February 12. The award show will feature a tribute to Prince featuring music artists Rihanna, Bruno Mars and The Weeknd. While the music that will become available on streaming services falls under the late artist’s Warner Music contract, the Post says music from his secretive “vault” is also being negotiated. 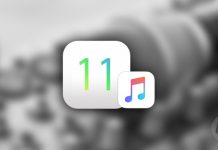