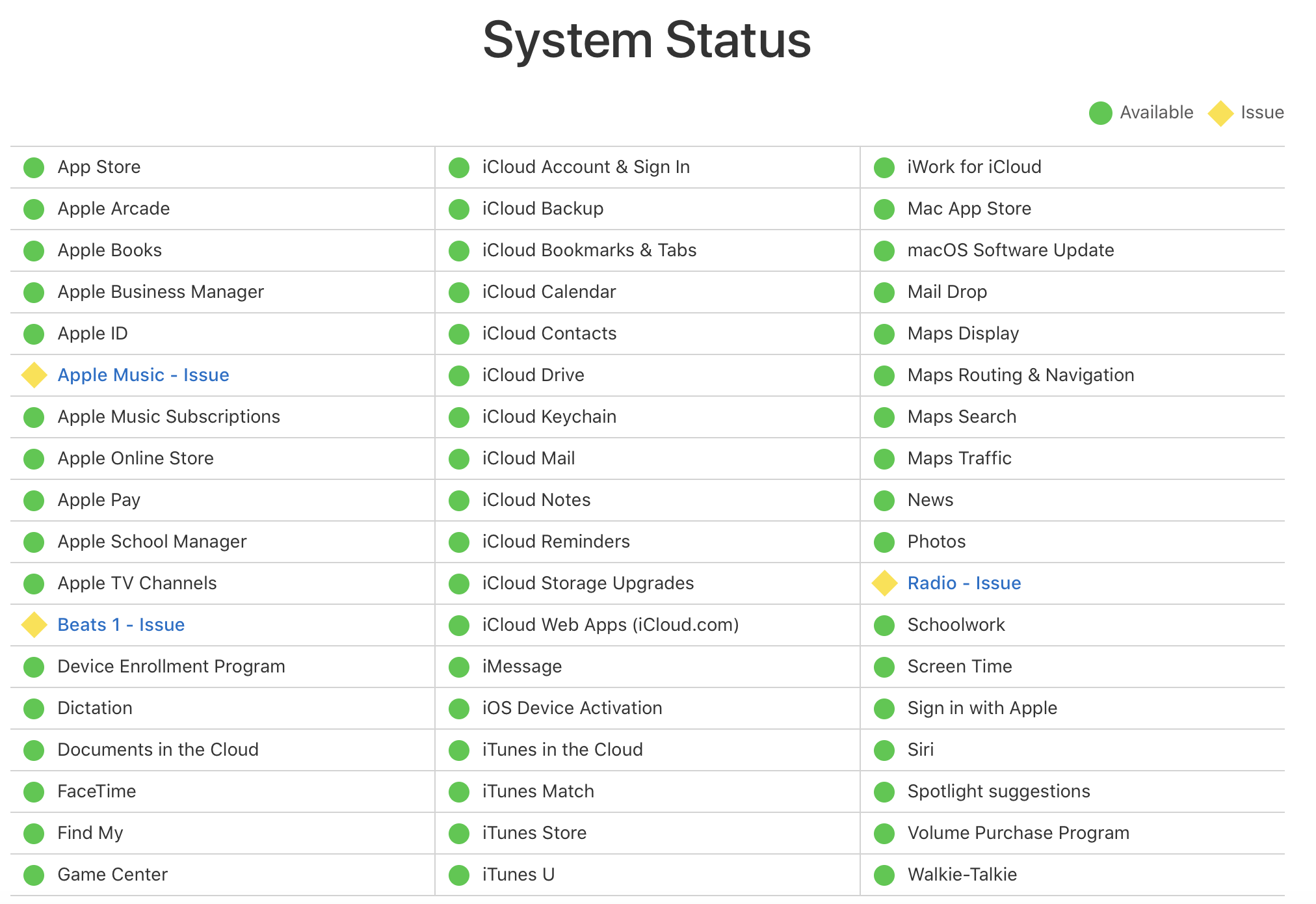 Some users are reporting today a problem with Apple Music and other related services, such as Beats 1 and Radio Stations. According to Apple’s System Status webpage, these services have been experiencing problems for a few hours and the situation has not yet been fixed.

Users have complained on Twitter about the issue, which even affected playing songs that were already downloaded on devices. Although it coincides with the release of iOS 13.2, the problem seems to be on the company’s servers.

Apple says: “Some users may be experiencing issues with certain features of the music service.”

Here’s a look at all the Apple’s services seeing downtime at the time of writing.

Have you been affected by the problem? Let us know down in the comments.