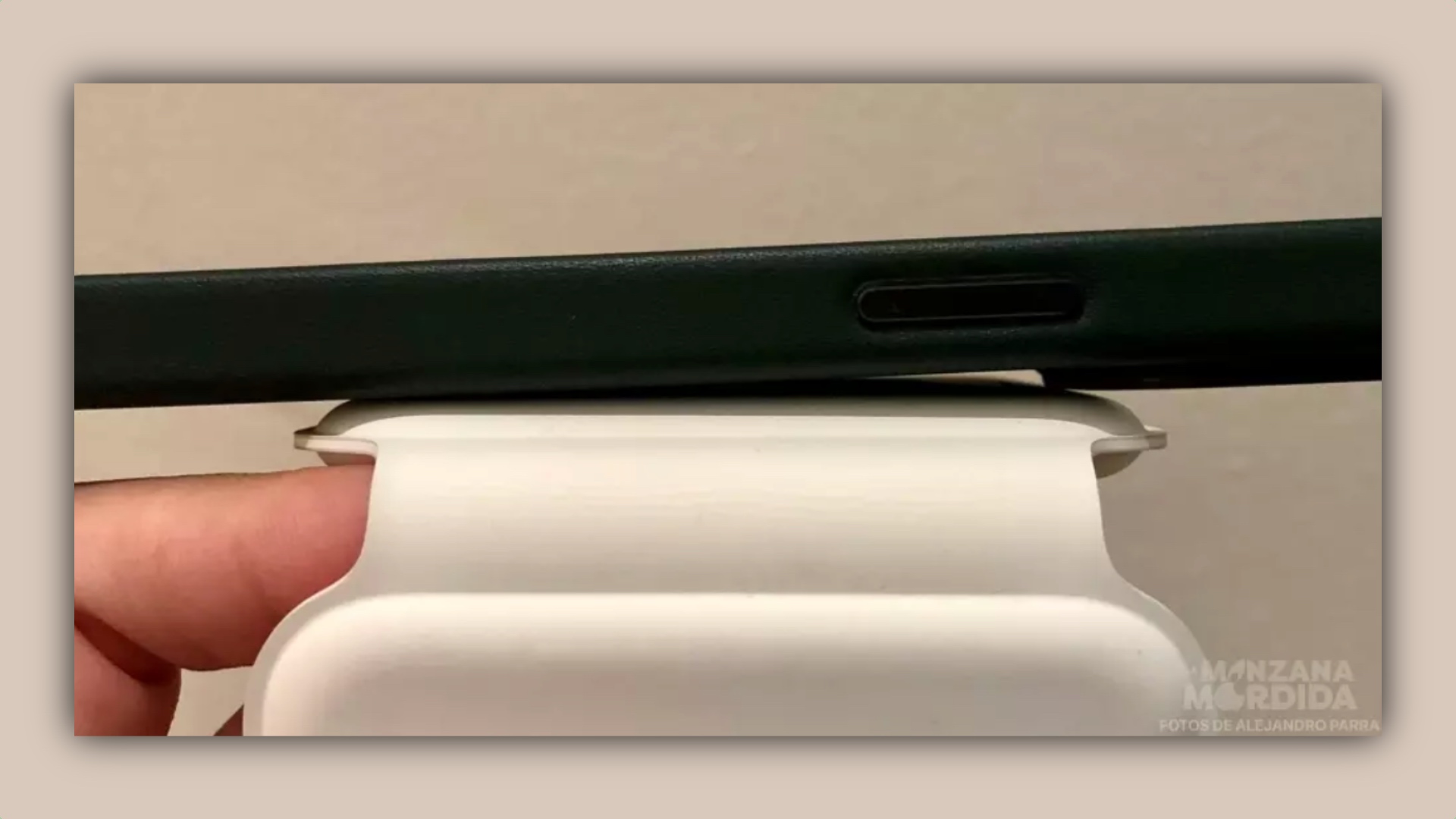 With less than a day until customers start receiving their iPhone 13 orders, a report shows that you’ll need to be careful when placing the iPhone 13 Pro on the MagSafe Duo charger since its camera module is too big…

According to the Spanish Apple blog La Manzana Mordida, one of their readers ordered an iPhone 13 Pro as well as an official leather case. With the arrival of his case, Alejandro Parra tried to put it on his MagSafe Duo charger and noticed that since the camera module cutout is too big, there wasn’t full compatibility.

As per the image below, the leather case interferes when positioning the iPhone on the MagSafe Duo charger. Of course, Parra will need to test it himself to see how this will affect his iPhone 13 Pro, although it looks like it could be a problem.

iPhone 13 and 13 mini users will probably have no problem with the MagSafe Duo charger since the camera module cutout is smaller. With the iPhone 13 Pro Max, on the other hand, this shouldn’t be a problem because the phone is so much bigger.

The weird thing is that Apple filed a revised MagSafe charger with the FCC a few weeks ago, as discovered by 9to5Mac’s Filipe Espósito. But when the company announced the new iPhone, the only MagSafe product announced was a revised Wallet with Find My integration.

If the new phones do in fact struggle to connect to a MagSafe Duo charger, Apple should’ve launched a revised version by now.

As you all know, a few months ago, there was controversy regarding the new Magic Keyboard, as the M1 iPad Pro was a bit wider than its previous model. With that, Apple released a revised Magic Keyboard just to make sure the iPad stayed firmly connected.

If this turns out to be the case, it’s unclear why Apple hasn’t launched a revised MagSafe Duo charger yet. But it won’t take long to discover how it will affect users, as the new iPhones are launching tomorrow in the US and other select markets.