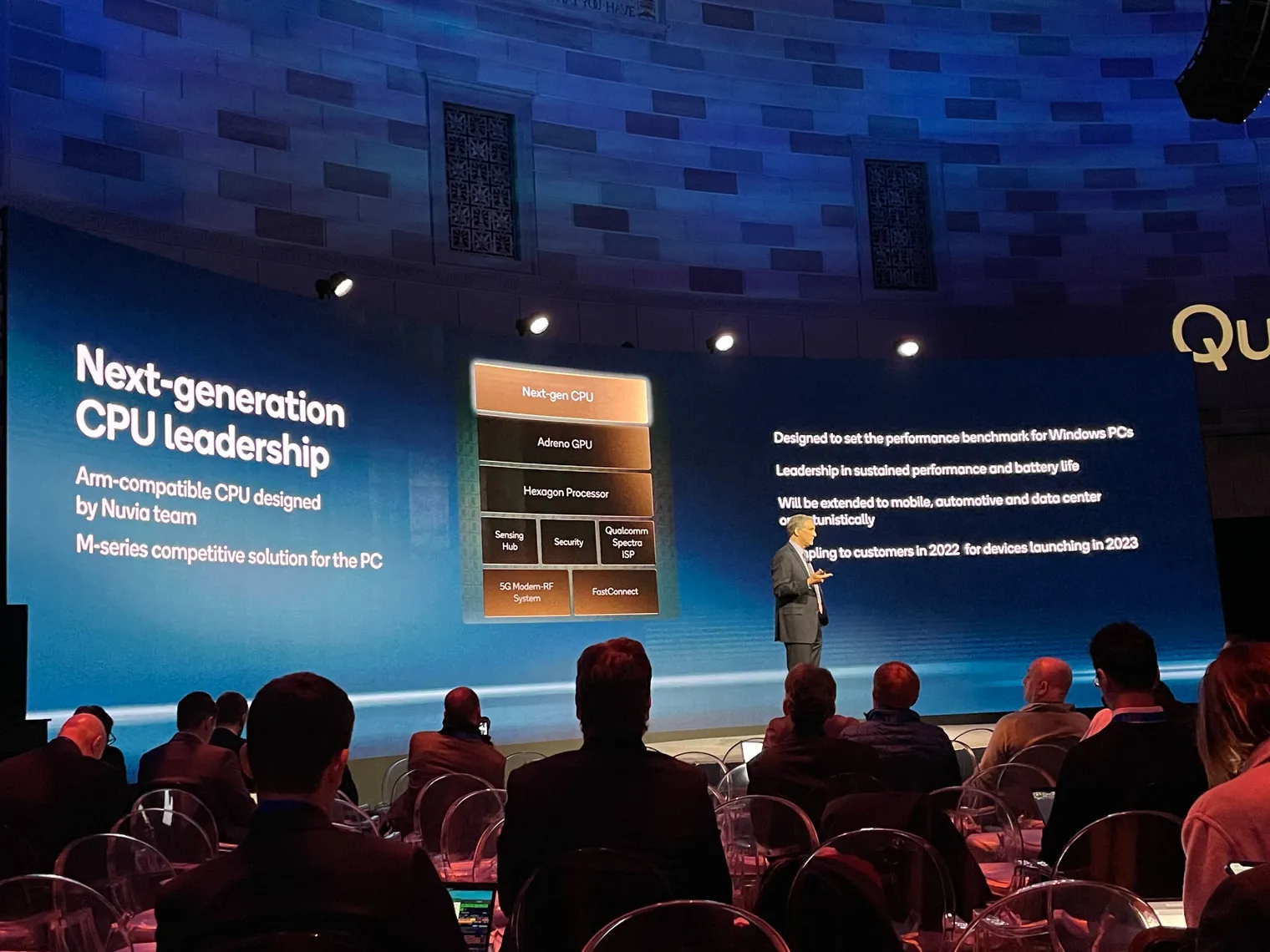 Qualcomm is ramping up its efforts to compete with Apple’s new M-series chips for the Mac. The chip maker today held its 2021 investor day event, focused on unveiling its “next-generation” technology, including new CPU hardware designed by Nuvia. For those keeping tracking, Nuvia is the chip startup founded by three former Apple A-series engineers that Qualcomm acquired earlier this year.

Qualcomm’s acquisition of Nuvia has been very messy for a number of reasons. Nuvia CEO Gerard Williams serves as Qualcomm’s senior vice president of engineering. Williams departed Apple in March of 2019, and shortly thereafter, he was sued by Apple. The lawsuit from Apple alleges that Williams exploited Apple technology and poached other Apple employees to join him at Nuvia.

Williams then fired back with his own lawsuit, saying that Apple illegally monitored his text messages and that his so-called “breach of contract” is unenforceable. There has been no resolution in this lawsuit yet.

Regardless of the still-to-be-resolved battle between Williams and Apple, Qualcomm is moving forward by integrating the Nuvia team and technology.

As reported by The Verge, Qualcomm touted that its next-generation CPUs for PCs were redesigned by the Nuvia team. The new chips are designed to “set the performance benchmark for Windows PCs” and serve as the “leadership in sustained performance and battery life.” Qualcomm specifically referred to these chips as being the “M-series competitive solution for the PC.”

The new Nuvia-designed chips are slated ship in consumer products sometime in 2023, according to Qualcomm. This, of course, gives Apple another two years to showcase its future Apple Silicon plans.

During its investor day keynote, Qualcomm also took a few indirect jabs at Apple. In teasing its next-generation Snapdragon chips, Qualcomm referred to Apple as the “closest competitor” with its charts. When talking about its 5G modem technology, Qualcomm said that anyone planning to compete with its 5G roadmap “better keep up with that roadmap.” Apple, of course, is in the midst of building its own 5G modem for use in future iPhone models.