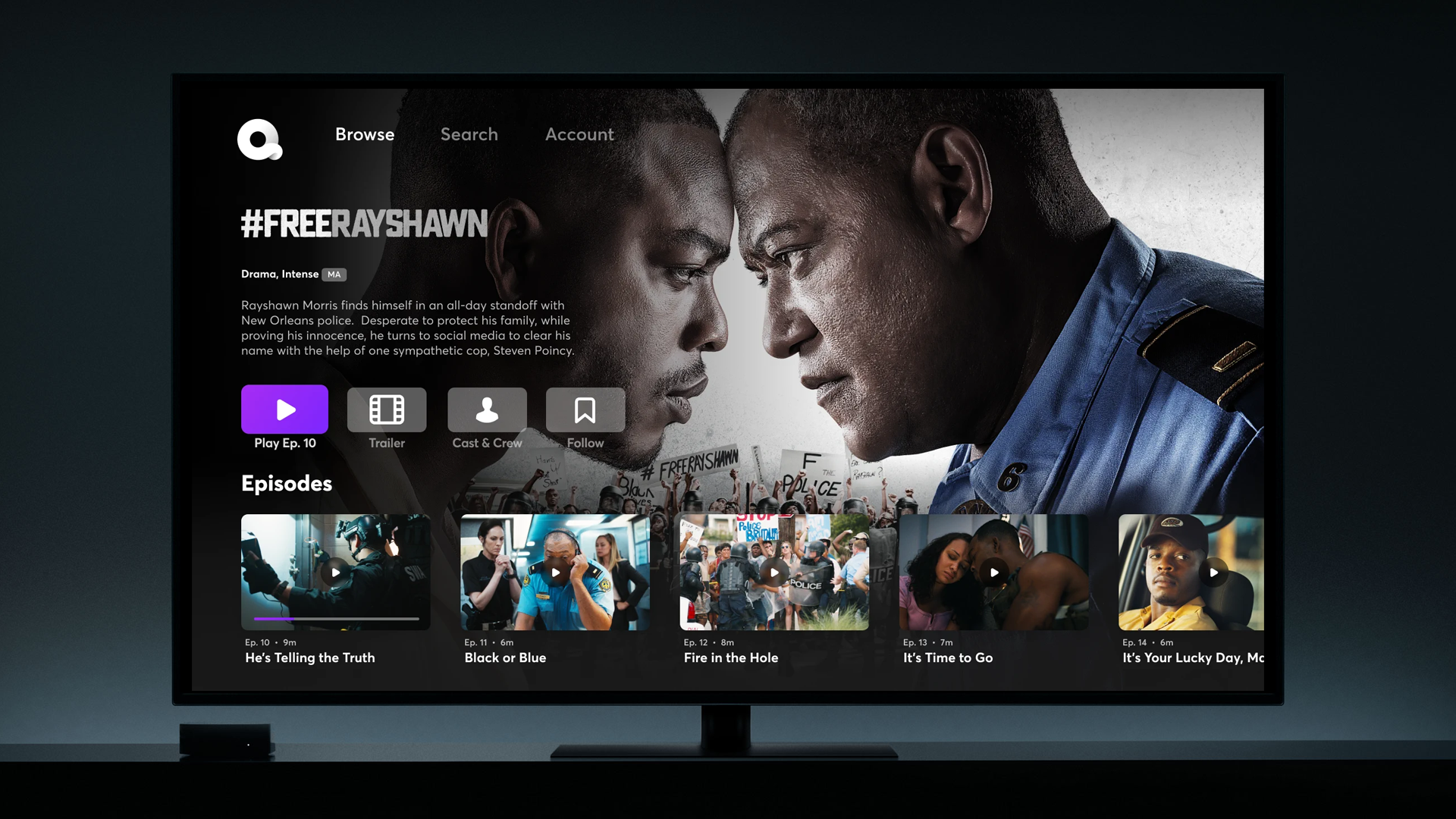 The Quibi streaming platform was introduced this year with content primarily focused on mobile devices, but the company has been changing its direction after not achieving the expected results. Now, Quibi is available for Apple TV users with a new official tvOS app.

Quibi was originally available only for smartphones, including the iPhone, which meant that users were unable to watch its content on other devices such as a Smart TV. The app was later updated with AirPlay support, but still required an iOS device to work.

As reported by CNET, Quibi can finally be enjoyed on a television without a smartphone as of today. The platform now offers apps for Apple TV, Android TV, and Amazon Fire TV devices. For Apple TV, specifically, the iOS app has been updated to include a native tvOS version.

Just like Apple TV+, Quibi focuses on exclusive content and original productions instead of offering a catalog with movies and TV shows from different studios and channels. A recent report revealed that Quibi CEO Jeffrey Katzenberg reached out to Apple Internet Services VP Eddy Cue for a potential deal, but Cue wasn’t interested.

Quibi is available in the United States with a $4.99 monthly subscription with ads or $7.99 without ads. You can download the iOS and tvOS app for free on the App Store.