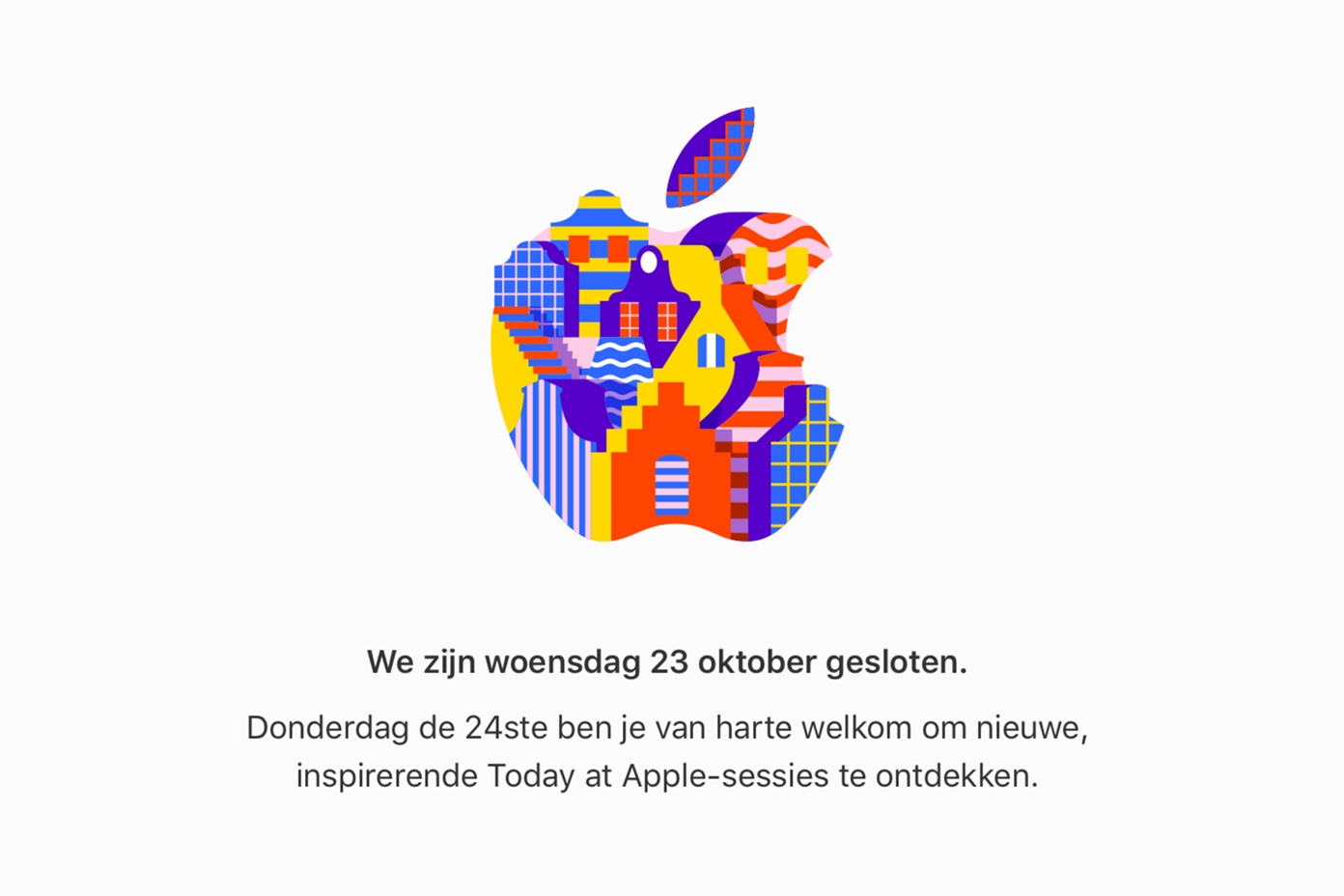 Apple’s grandest store in the Netherlands is returning with a renewed purpose on October 24 after months of extensive upgrades and restoration. The redesigned Apple Amsterdam will feature a Forum and video wall for Today at Apple, and a special creative collaboration to celebrate.

Major upgrades in Amsterdam began in March, when temporary walls were set up to partition off the multi-level store and atrium for renovations. The store has remained partially open throughout the process. Like Apple’s other historic renovation projects, care has been taken to retain the character of Apple Amsterdam’s architecture while adding elements of the company’s latest store design. Look no further than Apple Covent Garden, where Avenue display shelving and a video wall were added alongside the building’s original brickwork.

As final construction wraps up, Apple is preparing an exciting lineup of Today at Apple sessions for the store hosted in collaboration with Eye Film Museum, a prominent museum and cinematography archive based in the Netherlands and dedicated to preserving and restoring Dutch and foreign films.

From October 24 to November 21, a special session collection called Beeld in beweging (Image in motion) will host professionals from the film industry, performances, and more. According to Apple:

View our capital through a different lens in the renewed Store of Apple Amsterdam. Talents from the film industry give inspiring sessions from October 24 to November 21, in co-creation with Eye Filmmuseum. Create a soundtrack, trailer or animation, and more.

Some of the initial sessions will include:

Video Lab: The creation of a music video

More sessions will be announced throughout October and November, so keep your eye on Apple Amsterdam’s calendar if you’re planning a visit to the store.

Apple’s collaboration with Eye Film Museum follows a successful partnership with The Fundació Joan Miró this past spring, leading up to the renewal of Apple Passeig de Gràcia. Today at Apple sessions were held at the Barcelona museum until the store reopened. Likewise in Amsterdam, sessions with Eye Film began at the museum on September 28 for a 10-week run. Each of the three sessions teach skills based on the techniques of Russian film director Andrei Tarkovsky. The program runs every Saturday through November 30, and registration is free.

Last November, Apple Den Haag became the first Apple Store in the Netherlands to add a Forum and video wall. Just one more location in the country, Haarlem, is in need of an upgrade.