Home General Report: 60% of the apps delisted from the App Store didn’t have...
13469
SHARES
ShareTweet 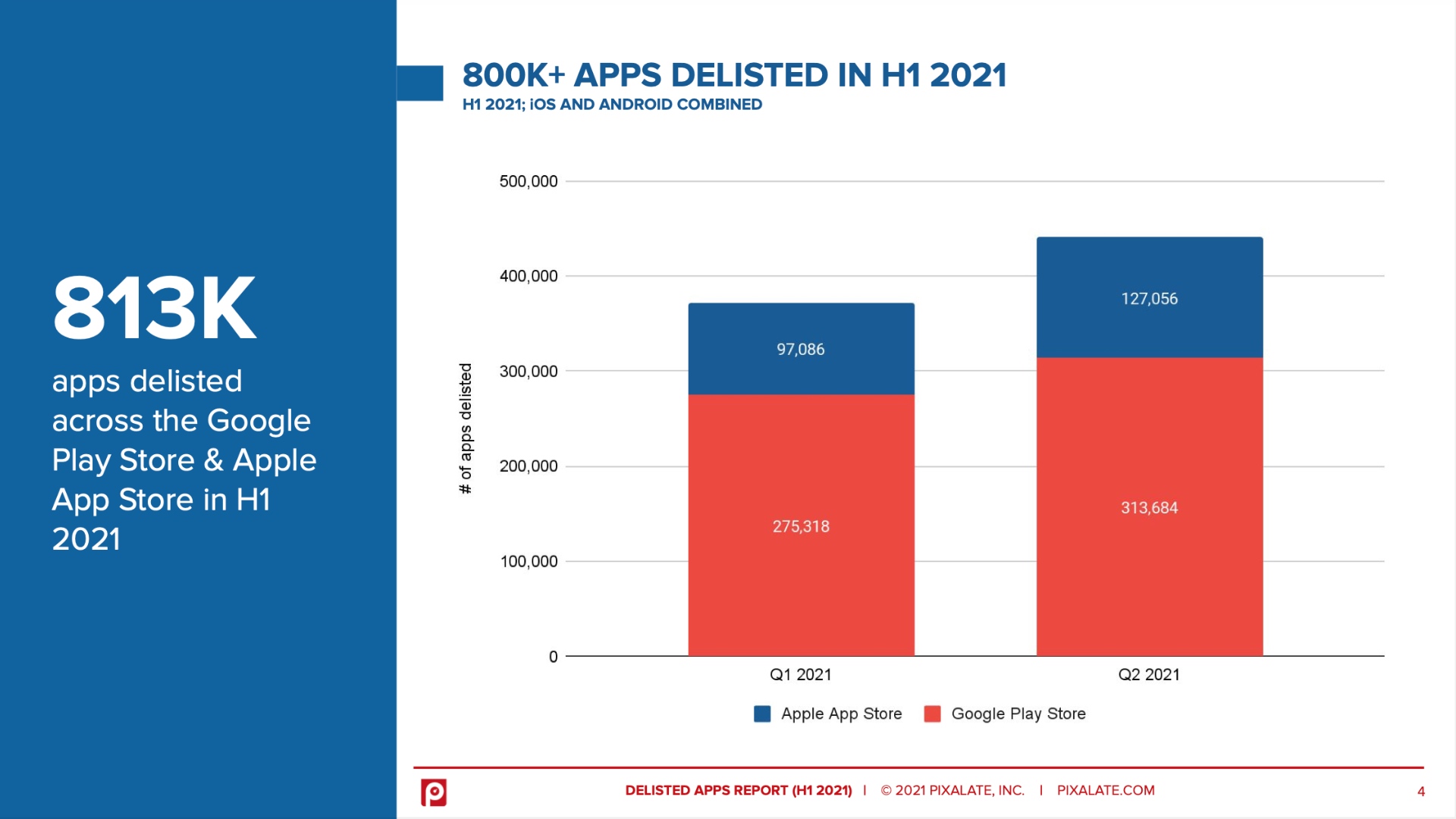 The “H1 2021 Delisted Mobile Apps Report” from Pixalate shows that more than 813,000 apps were delisted in the first half of 2021 across the Google Play Store and Apple App Store with more than 86% of these apps targeting children age 12 and under.

According to the report (via VentureBeat), which analyzed more than 5 million mobile apps across Apple’s App Store and Google Play Store, these applications had over 21 million consumer reviews on the App Store prior to delisting.

The apps’ delisting could be caused by various factors, including an app store policy breach or the developer’s withdrawal.

Of potential concern to advertisers and consumers alike, these apps can remain installed on a device even after the app has been removed from the app store. If an app were removed due to an app store policy violation, there is an increased risk to consumer privacy and security, as well as brand safety for advertisers.

The Delisted Mobile App Report also shows that 83% of apps delisted in the period had either no address listed (78%) or no identifiable address (5%).

For the Google Play Store, it gets a bit more complicated as 66% of delisted apps had at least one “dangerous permission.” For example, 27% of them had access to GPS coordinates and 19% could access the camera.

Here are the 20 most popular apps before being taken down from the App Store:

You can read the full report here, where you can find more insights about these delisted apps.